Astrology of the Kyle Rittenhouse Shootings in Kenosha, WI 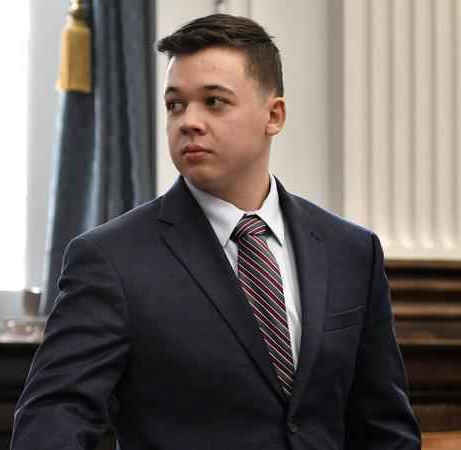 It is undecided in the court of law as of this writing; although a verdict could come out today with repercussions that could unleash more violence.

In this article I won’t try to astrologically determine innocence or guilt but sticking to the facts of the astrological configurations at the time.  I will be using the sidereal zodiac of Vedic astrology in addition to some western techniques including those of the Ebertin school of astrology (midpoints).

The Stellar Backdrop: Animosity and Confusion

In my daily predictions for that day (August 25, 2020) from starworldnews, I said: 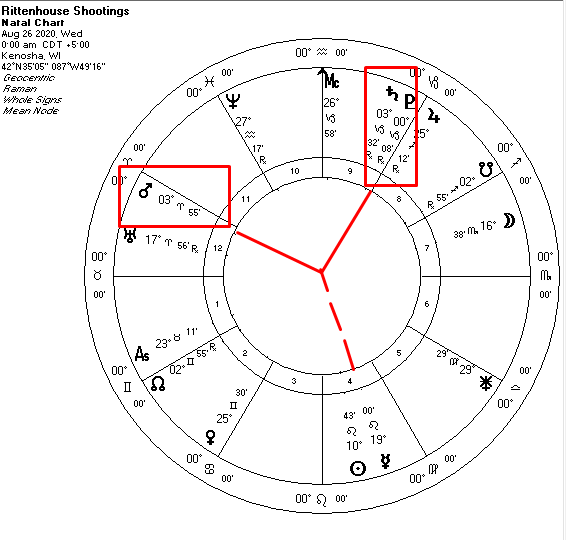 So, one could say there was a lot of animosity and its potential escalations in force that day, especially with the Sun in Leo aspecting Jupiter in Sagittarius tending to blow things out of proportion.

The operative configuration was obviously the square of Mars in Aries to Saturn in Capricorn, which was conjunct Pluto (figure 1).

Mercury at the time also was in very tight sesquiquadrate to both Mars and Saturn, resting at their far midpoint.  In Ebertin’s “The Combination of Stellar Influences” (a book which I highly recommend to all students of the stars) this configuration indicates:

Mercury and Mars /Saturn forming an axis on the 90 degree dial (figure 2) also are at the midpoint of Sun and Neptune, which is described as” 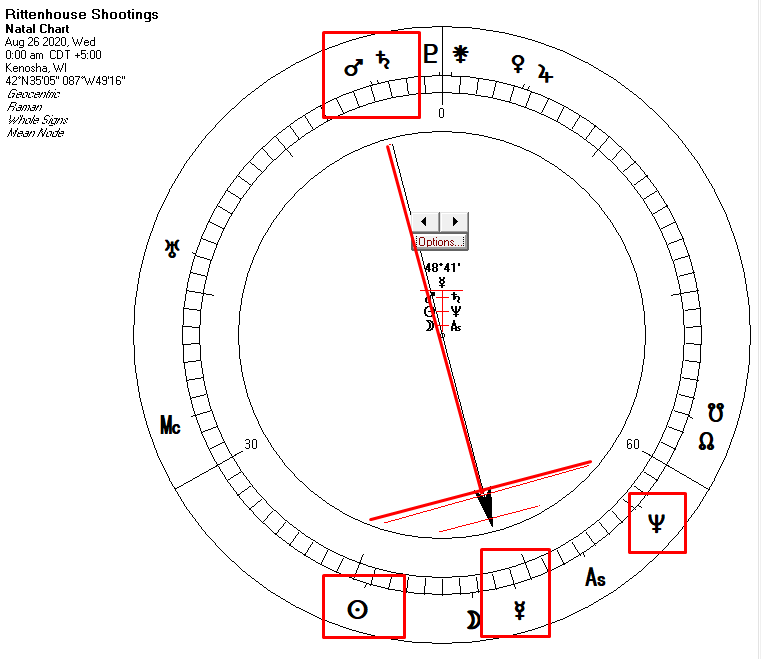 Figure 2: Mercury, Mars, and Saturn at the midpoint of Sun and Neptune on the 90 degree dial

At the time of the shooting, around midnight, Mars and Uranus were rising (in the twelfth house) in tight square to Saturn (and Pluto) high in the sky.  Basically, the twelfth and nine house, two very ideologically-oriented houses in the horoscope, were in prominence and occupied with malefic planets.

The whole incident, in reaction itself to the George Floyd death in Minneapolis earlier that summer and the shooting of Jacob Blake, took place under inopportune or hostile framing from the stars. It was not a good night to go out with a gun thinking that you are there as a “good guy”, especially for a 17 year old kid.  I’ll leave it at that.

The verdict, which could come out today, would come under equally potentially hosting framing astrologically with Mars in exact opposition to Uranus, two very reactionary elements in astrology.

I think however the additional quintile of the Sun to Saturn might sufficiently help to moderate and control any kind of reactions from reactionary groups themselves, falling to either side of this issue.