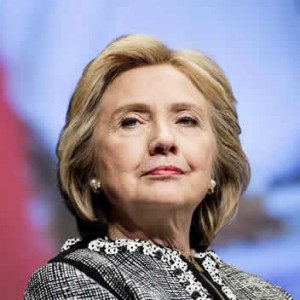 There are three power planets prominently placed in her chart, the Sun, Mars, and Saturn. All of them are debilitated, which reflects her tough and in some sectors disliked reputation. She can get things done, and it may not be pretty in the process.

Astrology Note: With Hillary’s birth time not officially published, there have been two commonly used birth times: 8 am or 8 pm in Chicago on Oct 26, 1947. I favor the 8 am time, as it seems to best reflect her life and by the fact that it puts the Sun into her first house, which becomes the Sun rising (Surya lagna) chart for her.  This is a Vedic horoscope reading with the sidereal zodiac.

In the western chart Pluto is also bunched in with Mars and Saturn at the top of the chart, which puts heavy emphasis on the “tough” part. It could also be described as brutal and severe.

The toughness is contrasted by the charm of three planets in Libra in the first house and quite close to the South Node and Jupiter. Good luck would seem to follow her and she would be a high-stakes player.

The Sun in the first house give strong vitality and personal force, an astrological sign of a leader. The ultimate outcomes of her initiatives however may not exactly work out to the best potentially, with her Sun in debilitated condition. The motivation to lead and ruler others, which is a function of the Sun, may be tainted by the need to be seen as warm and friendly, which in her chart is definitely contrasted by other qualities of her character. 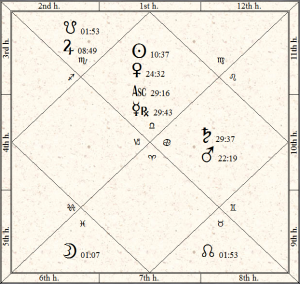 A debilitated Sun may give up some it’s power to others in the seeking for that acceptance. Her famous partnership with husband Bill Clinton would demonstrate part of that, and perhaps other alliances which she has used on her upward climb in her career; i.e. big business and Wall Street.

The Sun in Capricorn navamsha however does further corroborate her at times coldness or ruthlessness in carrying out her chosen agenda.

The Moon in Pisces in the sixth gives a unique compassionate spin to her political activism, perhaps best shown by her early work in seeking to help children, and then later trying to bring about a national health care system in the 1990’s. 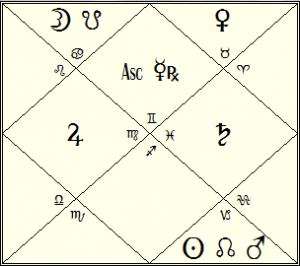 The South Node (Ketu) in close conjunction to Mercury and the ascendant degree denotes a deft craftiness and masterful (wizardly) approach to life. Ketu, as the tail of the dragon, has no mouth therefore it does not speak. Secretiveness is a characteristic of Ketu: backroom deals, conspiracies, or living by a higher self-created law that is not reserved for the masses.

Secretiveness, being a high-stakes player, and having turmoil if not destruction always not far away, is again corroborated by three planets in the eighth house counted from the Moon in her chart.

A debilitated Mars and Saturn in the fifth house from the Moon also corroborates the ability to wield great power, but not always in the gentlest of ways. So-called talk of conspiracies and severity of policies may always be associated with her; i.e. Libya, email servers, and a whole host of issues all through her career. 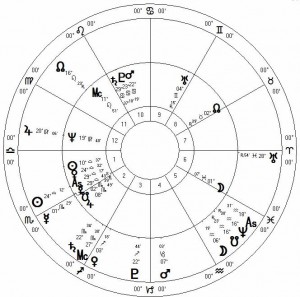 However the “Teflon” nature of her career, escaping clean from prosecution or penalty could be attributed to Jupiter in Vedic trine to her tenth house, which also so close to her Venus, Mercury and South Node close to the ascendant. She gets a “pass” in life, which may contribute to a growing arrogance and even sloppiness to her life, not seeming to care about the consequences to her actions.

In July of 2016 transiting Jupiter will move into the twelfth house from her Sun, but the seventh house from her Moon. Good luck in her life may take an unusual turn, or come from hidden sources. Those who tally the actual votes, control the content of the media and the perceptions of the masses may be involved because they always work out of the spotlight. 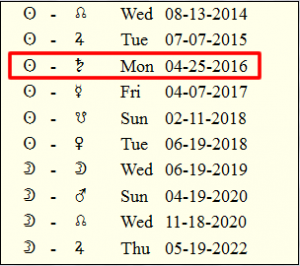 opposition to transiting Uranus opposing that powerful first house. The transiting Nodes will also be moving through her tenth house as well, which is loaded with powerful planets. A lot of stuff might be happening in her life and in full display to the world.

If her birthtime is anywhere near accurate in April 2016 Hillary Clinton will also Saturn sub dasa of a Sun major (maha) dasa. She will be under the influence of two distinctly afflicted lords of her chart, which does not look very easy for her at all through the elections. After that, for the next few years it doesn’t look good either; sub dasa lords Mercury and Ketu aspected or disposed by a debilitated Mars. 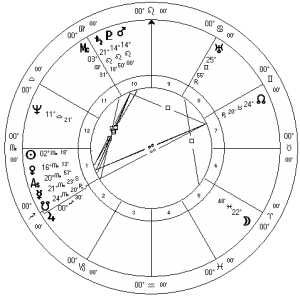 Electorally, Hillary seems to have the clear advantage over Bernie Sanders, having the full party support. Her challenger to the Oval Office may be Donald Trump or a Republican nominee.  Bernie Sanders seems to be showing unexpected strength, but the race is far from over.

So far I can’t see a clear winner, using both astrology and an analysis of the politics of the times. Would a Donald Trump, Ted Cruz or Hillary Clinton make any substantive difference? This opens a whole new can of worms but just one man (or woman) in the White House against the entire status quo will make negligible difference. Real change for the better for the broad swath of the lower classes is going to come about by a bottom-up process, not from the top down, which I think is one of the biggest political delusions in the USA today.