Star World News offers daily astrological information to help in your personal, business, and spiritual life.  Articles are presented about figures and events in the news to help us to better understand them through the lens of astrology.  Star World News is a Vedic/sidereal astrology site, but uses quite a bit of techniques and planets of the Western astrological school.

To get the full benefit from this website, you should also subscribe to its free email newsletter for unfolding events, additional astrology info and advice as well as some needed humor.

Curtis Burns has been working with astrology since the late 1980’s.  He first originally got into it as a means for personal self-discovery and healing.  Being the in-depth kind of researcher that he is, soon found that the knowledge he acquired about astrology for himself could just as easily be used to help others.

Curtis has had a life-long interest in the unusual, mysterious, and things off the beaten path.  Soon after becoming an adult he took on a deep spiritual dimension to his studies and efforts at personal development, cultivating a deep appreciation for both Eastern and Western spiritual traditions.

Tackling and seeking to master the art of astrology Curtis studied the modern Western astrology, the Cosmobiology of Wilhelm Ebertin, and then the ancient forms of astrology from Greece and medieval times, which was enjoying a renewed interest in the astrological community. It was then that he decided to take on the study of Vedic astrology (also called Hindu astrology or Jyotish), as it was reputed to have a much more unbroken connection to its roots that the modern Western style lost.

He was quite impressed with the simplicity but also the power and effectiveness of Vedic astrology, deciding to switch over to it but also retaining a lot of the still-effective Western astrology techniques like midpoints, different types of progressions, harmonics and the use of the outer planets. Curtis does use the sidereal zodiac (based on the stars and not the seasons) of Vedic astrology, but he also uses western type wheels as well as the traditional square Vedic astrology horoscope charts.

Curtis has written a book Secret Laws of the Universe, and is currently writing companion volumes to that book as well as a series on astrology. Curtis’ astrological counseling philosophy is that the chart of a hieroglyphic life-map for the individual, charting his or her course of self-development through all life areas, which gives very precise qualitative and quantitative information for life direction, relationships, career and financial issues, health, family and spiritual issues.

Curtis is very methodical and thorough in his work for clients, seeking to produce the most accurate, true, and practical analysis of their personal charts and life-cycles, offering them the best information for decision making and self-understanding.  Curtis specializes in very clear, but deep and profound advise according to his reading of the individual chart, and he will say the hard things that may need to be said.  Everything is given in the spirit of honestly finding truth and resolution to situations.

Curtis also loves history and likes to keep up with current events.  He is also interested in creating communities that offer a better sense of social justice, economic prosperity, and freedom.  He also likes a good escapist literary or cinematic adventure now and then, and he loves different forms of music like those that hark from his Irish and Scottish roots, as well as classical and alternative (non-pop) music.

You can see his personal Facebook page here. Curtis is married and enjoys a wonderful and fulfilling family life.  He has one son.  Curtis likes the martial arts, lifting weights and climbing up walls.  Sometimes you might find him at a comic book shop. For questions, comments or personal reading inquiries you can contact him at his contact page. 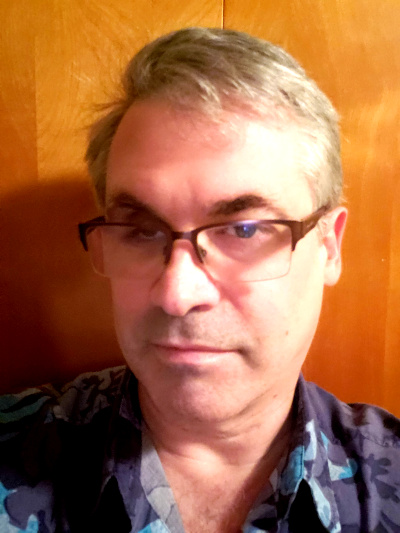