US Capital Building Break-in: Trump on the Edge 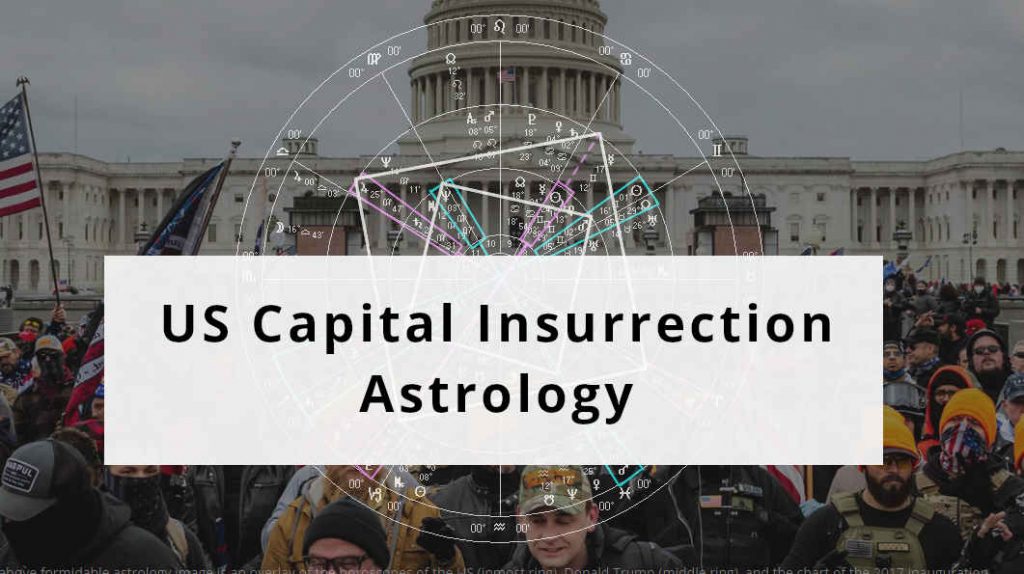 In the light of Trump’s election loss and his almost completely failed attempts at overturning the results, now resorting to what is basically an insurrectionist move, which has failed miserably and cost probably all of his political capital as well as the lives of four people; Trump may have played his hand already and the last few days of his term will be a settling of the dust.  Yet, we have a few formidable astrological landmarks to pass through yet before it is all behind us.

I think the astrology of the situation outlines the situation pretty effectively using these two articles I’ve written about Trump:

It’s the End: Donald Trump and the Eclipse December 2020

In short, this ultimate act of the incitement of the breaking into the Capital Building and the final end of Trump’s Presidency was plainly foreshadowed by these astrology charts.  I’m including a snippet below:

Getting to this final phase what concerns me is the upcoming astrological peaks on January 13 and 14, and then the 20th Inauguration Day.

On Jan 13-14 Mars will be conjunct Uranus (which will be stationary) and in tight square to Saturn, with Jupiter not far away from the configuration either.

This is incendiary and harsh, for a person down on his luck, he may take desperate measures or simply go off the deep end.  Hopefully he will be removed already from any real levers of power, whether it is literally having been impeached or removed by the 25th Amendment or basically passively sidelined by the White House staff.

On Inauguration Day, Jan 20, Saturn makes a semisquare to Neptune.  This is not ever usually a “good” thing.  Technically, Trump will be out of office by noontime that day, but it doesn’t bode well for the incoming Biden Administration either.  This is a configuration of paralytic fear, a seeming inability to to work through issues because of deep-set pathology, whether it be physical or mental.  Hopefully it will not have much repercussions on the hand-over of the day, and hopefully again it could only amount to an “un-fond farewell” on the part of someone.

Trump has been under a lot of stress, no small amount self-created and he’s coming off of Covid19 jacked up on God only knows what kind of medications or substances; this would be the astrology of a potential breakdown.

He doesn’t seem to have much to look forward to with multiple financial and legal challenges awaiting him to deal with. One would wonder at what a man in power do if he’s got nothing left to lose, and wants to get back at the Biden Administration or the Republicans who have “betrayed” him.  The situation in Iran comes to mind, he might launch an attack (which his neocon Cabinet members dearly want). In my opinion Donald Trump is now a clear and present danger to the United States, and it is incumbent upon the US government to immediately and decisively deal with it.