October 2022: Shifting Toward a New Phase

The first weekend of October 2022 and into the next week is pretty amazing from the standpoint of astrology.  Things may precipitate to awareness collectively as well as individually, with abruptness and weightiness.

On October 1 the Sun makes a tridecile (108 degrees aspect) to both Mars and Pluto, carrying over from the previous day of Mars biquintile Pluto.  This is a 5th and 10th harmonic aspect, not normally observed by astrologers, but which delivers quite an impact nevertheless.

Mercury makes a direct station immediately after on Oct 2, along with Venus aspecting Saturn.

And then from Oct 3 to 5, Saturn and Uranus almost come to an exact square, but because both planets are retrograding they never become exact before Saturn turns back to direct motion.  So, it’s an almost-square, or partile square (coming within one degree of orb) between two intense outer planets.

In my experience, hard aspects between Saturn and Uranus coincide with societal shifts and splits, periods of high tension overall, and/or emergence of struggling new social or political paradigms.  The last time this happened was in 2007-08 when we had the US Presidential election that had a strong populist or grassroots candidate with Ron Paul who served to split the Republican party along ideological lines.  It was Barak Obama of course who won, who was rather paradigm-shattering himself being the first black US President.

It was also at this time we had the sub-prime mortgage crisis, which almost brought the world to a gigantic economic collapse, but which was averted through massive government bailouts, but which millions lost billions in wealth.

I can only think now how the world is coming to a new crisis, precipitated by the USSR special military operation in Ukraine, and how much of Europe have have drastically reduced access to energy to heat them during the coming winter, compounded now by sabotage of the Nordstream 1 and 2 pipelines in the Baltic Sea.

While the US has had it’s own supply chain problems and now rapidly rising price inflation of important commodities, it seems to be nowhere near the severity that Europe will be suffering.  Tensions will be ratcheting up everywhere.

It would seem the peak will be sometime in the very near future, as that is the date Saturn and Uranus form their aspect to each other, but it many ways trouble looks only to be starting.

Then a few days later, Oct 8 we have Pluto making a direct station.  This is like the cosmic other shoe dropping.

On October 30 Mars turns retrograde and then spends the rest of 2022 in sidereal Taurus, the sign of its debilitation.  Wherever sidereal Taurus falls in your chart may be having some restlessness and frustration going on.  Retrograde Mars can mean going back to the roots of the feeling of powerlessness in your life, and therefore pointing the way toward reclaiming that power, that power which you may have deferred to others.

Saturday, Oct 1
No time to mess around, get stuff done!  While you’re at it you may encounter some interesting and potentially valuable people in your life.  (Sun tridecile Mars and Pluto, Venus opposite Jupiter, sesquiquadrate Uranus)

Monday, Oct 3
First Quarter Moon
Late in the day, US time, depth and penetration.  Get to the root of matters.  (Moon conjunct Pluto) 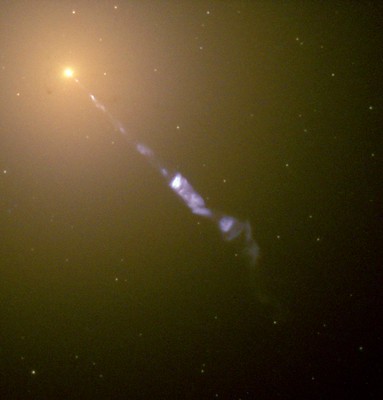 Sunday, Oct 9
Sukkot Starts
Full Moon 20:55 PM GMT
Mars peeks into sidereal Gemini for a few weeks before moving back to Taurus for the rest of the year.  Shift in affairs, seeking to become proactive.

Wednesday, Oct 12
Excited but potentially misguided or malicious direction of attention and energy.  Great thoughts but no wherewithal to make them happen.  Energetic malfunction.  (Mars square Neptune, Mercury opposite Jupiter)

Saturday, Oct 15
The Sun shifts into sidereal Libra and the next house in everyone’s chart.  Change of emphasis, focus.  For the next 30 days learns the balancing and sharing of power.

Thursday, Oct 20
Emotions commandeer perspective, in love as much as anything. (Venus square Pluto)

Superior Conjunction: the Sun comes in between two planets.

Saturday, Oct 22
Venus at Superior Conjunction
Saturn Stationary Direct
The Sun comes between the Earth and Venus, causing a beautifully-effecting alignment.  Saturn today standing still in the sky effectively takes things down a bit, reasserting “reality” for us.  The effect of Neptune in the configuration and Mercury trining Saturn brings hope and clarity nevertheless.  (Sun and Venus biquintile Neptune)

Tuesday, Oct 25
Partial Solar Eclipse 11:00 am GMT (New Moon Eclipse)
Sunlight is temporarily diminished at some point today, basically early on, 11 am GMT. There could be some disorientation that affects daily affairs, be alert nevertheless.

Thursday, Oct 27
Obsessive/compulsive tendencies may be activated, which may have an undercurrent to otherwise pleasant affairs.  (Mercury square Pluto, Venus biquintile Jupiter)