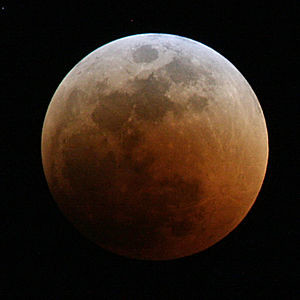 Another one of the so-called blood moons occurs this period. With the Earth’s shadow moving across the face of the normally illuminated full moon of April 4, 2015, it will cause a darkening or “reddening” of the Moon in the sky.  Hence, “blood red.”  The last of this “tetrad” will be on September 28, 2015.

My observation about eclipses in general is that of a temporary period of disorientation at some level.  It would seem that the exquisite lining up of the Sun, Earth and Moon that occurs in an eclipse causes some sort of electromagnetic surge which registers subtly on our consciousness and functioning.

During this surge, as I call it, one may imagine some sort of “rewriting” or “editing” of the code of our life.  Eclipses certainly do seem to correlate with important life changes or developments.  Me, for instance, this eclipse will be occurring within a degree or so of my natal Sun; therefore my sense of power, authority, and personal mission may be getting a definite sort of accentuation.  With my Sun in my fifth house of children, it is no small coincidence that there are significant developments with my son and I right now.

Indeed I have a number of written works in the wings to be published (which you’ll be hearing about by and by) and I may be seen more as an “authority” than I was prior to this time; etc.  It’s not necessarily going to be easy either, nor should it be because if it was easy then there would be no sense of accomplishment or break-though, which is very individuality-defining by nature. 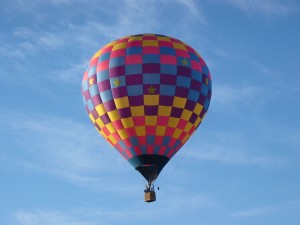 Just a few days after that our great friend in the sky Jupiter, who professes many things, but is not so keen on the fulfillment of those things all the time, turns stationary direct in the sky on Wednesday, April 8, 2015.  A sense of boundless adventurism may characterize that day; many people and situations waxing hot about their passions, pet projects, and aspirations.

Hot air definitely inflates and causes the balloon to rise in the sky.  It’s also true that an eternally hot spiritual flame is going to keep us on a higher plane all the time, gracefully passing over situations which may otherwise cause us to get bogged down in entangling minutiae.  Jupiter embodies that flaming consciousness that exalts the psyche and can create amazing magical manifestations, not unlike the Jupiter of Roman myth who hurled lightning bolts.

Wed, April 1
Cordiality and connectedness accented, be careful not to be distracted by petty affairs.  (Mercury semisquare Venus)

Fri, April 3
Affection and the sense of beauty may be transcendently experienced.  (Venus quintile Neptune)

Sat, April 4, Lunar Eclipse Sidereal Virgo
The full moon is denied visibility by the obstructing body of the Earth, creating unusual or sometimes disorienting conditions.  But maybe think of it like a temporary pause in life as it adjusts to new situations; not totally unlike your computer pausing in its operation to download an operating system update.

Tues, April 7
Obsessive and compulsive tendencies are brought out, lines of communication disrupted by predispositions to intimidate, manipulate or subvert.  Perceptions debased and degraded by psychological dysfunctions.  (Mercury square Pluto)

Wed, April 8, Jupiter Stationary Direct
Ideological, spiritual and philosophical tendencies are enhanced, as is the proclivity to exaggerate, pontificate or opinionate.  Anything may seem possible, for today at least.  Don’t give in to hyperbole or excessive risk-taking just because you’re cocksure about things.  Uncontrolled zeal could overtax the system.  (Mercury conjunct Uranus)

Thurs, April 9
Coming down from yesterday; disappointment and pessimism may impede progress.  Stay focused and solution-oriented and determined to overcome difficulties.  (Sun and Mercury sesquiquadrate Saturn)

Sat, April 11
Perceptions and feelings are highly sensitive and vulnerable.  Be careful about getting off track on subjects, people or situations promising a lot but not necessarily delivering.  (Venus quintile Jupiter, Venus sesquiquadrate Pluto, Mercury semisquare Pluto)

Tues, April 14
Relationships may need to work through sticky or somber sitautions, maybe some proving to be ultimately unviable and separate at least temporarily.  Hope and positive expectations however may help to save the day, offering good fortune, opportunities and avenues for self-expression.  (Venus opposite Saturn, Sun tridecile Jupiter)