Jeb Bush Halts 2016 Run, But It Could Change 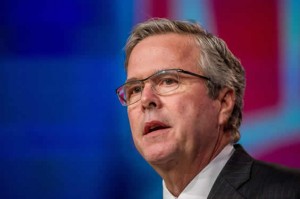 My thoughts at looking as his transits is that things could be worse for him astrologically.  In fact a little later this year his fortunes may take a reversal for the good around late summer 2016, and then things might look a little better for the next time around, the election of 2020.

They may not be on the order of Donald Trump’s astrology for this time in his life (reflecting his current front runner position for the Republican contender,) but he may still be active in the political game to some degree. 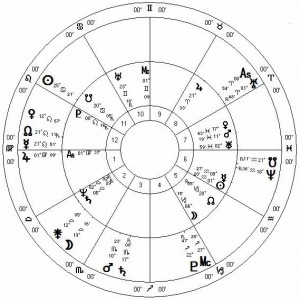 In August of 2016 transiting Jupiter moves into a significant area of his chart, his ascendant and aspects his natal Venus and Mars, while also trining his Moon and North Node.  Maybe if the Trump situation degrades somehow (possible, since Trump does not enjoy the complete love of the Republican party) Jeb might suddenly come back into prominence.

Maybe somehow he would become the Republican VP nominee, of Trump, Cruz, or Rubio.
Vedic dasas show him to have a tough road to follow.  He’s in a Saturn dasa that started in 2006, and now he’s in a Venus sub-dasa since 2013.  Saturn does not give him much mercy, but Venus is also afflicted by being conjunct Mars.

A long time ago I was looking at this very time in the life of Jeb Bush, and I predicted somewhat of a level of positivity for him, citing his Venus sub dasa.  However that was a long time ago, in fact when I just started using the Vedic system and since then I would have given more weight to the negative effect of Mars on Venus in his chart. 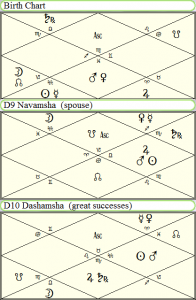 His Venus is exalted in Pisces, and is flanked by benefic planets, all of which are powerful indicators.  However, not positive enough to beat out Trumps cycles certainly.  I plan in the near future to map out and write about the astrology of all the candidates for 2016.

2020 again looks like it could be some potential for Jeb Bush.  He will be in a North Node sub-dasa that is disposed by an exalted Saturn in his second house; which is also ninth house from the Sun and tenth house from the Moon.

Using three of the varga chart (harmonic or divisional charts in Vedic astrology) Jeb Bush’s key planets for executive and leadership, the Sun and Mars, are both clearly debilitated.  In the natal chart the Sun is in Aquarius, it’s debiliation; in the navamsha Libra, it’s fall, and in the dasamsha, Aquarius again.

Mars in the natal is in Pisces, which is rather murky for Mars’ preferred directness.  It is in Libra in the navamsha, it’s debilitation; and Aquarius on the dasamsha, in mutual reception with Saturn in Scorpio. 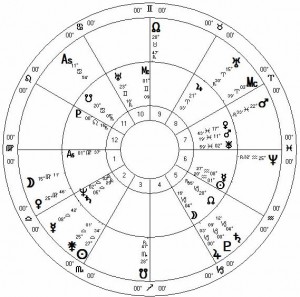 Power and the projection of power is problematical.  Eclipsed by the audacity and hype of Trump, Jeb Bush seems to fade into the background.  He might make a good vice presidential candidate.  But he just seems to carry a lot of encumbering baggage to the race.  A weakened Sun may indicate one who seeks power and authority to compensate for an inner sense of inadequacy or lack of self-confidence. 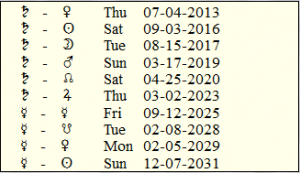 In 2020 Jupiter will be conjunct transiting Pluto, which will be both conjunct his natal Moon and trine his ascendant.  Saturn will also be in the vicinity, squaring his natal Saturn, but also trining his Ascendant. Things will be going relatively well for him, as the stars would tell, at least in some ways.

In the 2020 election Jeb will be in a Mars sub-dasa of Saturn, which would be decidedly more aggressive.  This time he may be a little more motivated.

He will be in a full-on sade sati sitation, which is when Saturn transits the twelfth, first and second houses from the Moon and is a time of significant stress.  However that may simply reflect the tough road to the White House, taking your bumps and bruises on the way.  Not necessarily implying victory either.

Trump himself is riding very high in his cycles, but not long after the election they start to take a decline in quality. If he were to be elected (beating out the formidable Clinton machine) it could start on in typical Trump bravado, but go south soon and in 2020 the nation may be seeking a new president, having become unsatisfied by him.  Read more about Trump’s cycles.