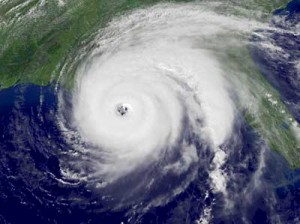 Hurricane Sandy coincided with the full moon in sidereal Aries on October 30, 2012. A full moon is considered to be somewhat fortunate because the Moon is fully illuminated by the Sun, thus giving off the fullest potential of its benefic influences upon life.

This particular full moon was somewhat unusual in that the Sun illuminating the Moon was in the sign of its fall, Libra, and it was conjunct Saturn, a malefic planet. The Moon itself was in a sign ruled by the malefic planet Mars (Aries).

It needs to be pointed out that Saturn is in Libra, which is considered to be its exaltation. So this paints a “good/bad mix” to the astrology overshadowing the entire formation and landfall of hurricane Sandy.

At the time of this writing (October 30th) the storm has not played itself out yet and the full effects have yet to be seen. No doubt there will be billions of dollar in cost to reparation, but also possible long term dangers through damage to nuclear power plants in its path. We shall yet see.

There will be an aspect of Mars to Uranus at around midnight, October 30; and a minor hard aspect of Mars to Saturn and Neptune on very early on November 1; both of which can mean peaks yet to come regarding events and their impact on the collective psyche. I have to say, however, that things could be much worse astrologically, and things might not turn out as bad as worse case scenarios have predicted.