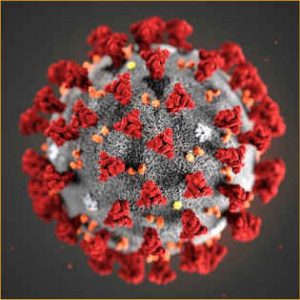 With the coronavirus outbreak, we seem to be having an expanding sense of FUD (fear, uncertainty, and doubt) going on.

From the spread of the virus itself and extreme measures enacted, from restriction to travel to the shutdown of entire cities, to other situations such as the increased violence in the Turkey-Syria conflict, to US electoral upheaval and chaos, to deadly religious riots in India, to the struggle to extradite Julian Assange, and now to major losses in US and world stock markets and their inevitable effects on the global economies, there is a lot of anxiety going about, with a lot of reactionary scrambling by authorities.

This article is not about the virus itself, nor whether it is an actual threat or not, but a look at the astrology and the potential consequences around its advent on the world scene; and this article will use the sidereal zodiac of Vedic astrology.

The coronavirus outbreak can correctly be called a “black swan” event, that is, an unforeseen event that has major geopolitical and economic effects, the duration of which is hard or impossible to ascertain until after the fact.  As a result, there has been a lot of “running to the exits”. 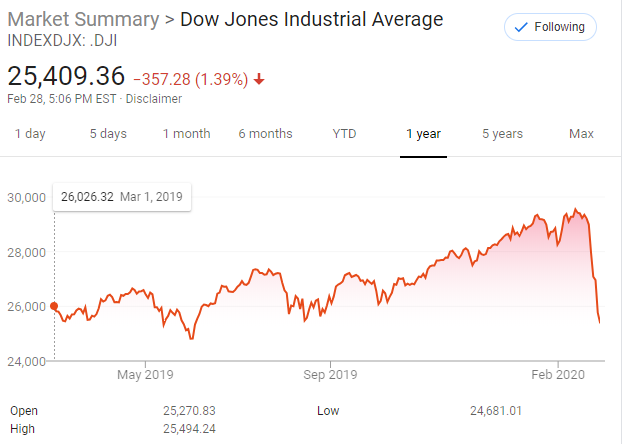 In the last week, the US stock market has lost all of its gains over the past few years, with world markets having lost in aggregate $5 trillion in value.  I think there is no doubt that there will be SIGNIFICANT consequences in the not too distant future.

Astrology of Coronavirus and Economic Downturns 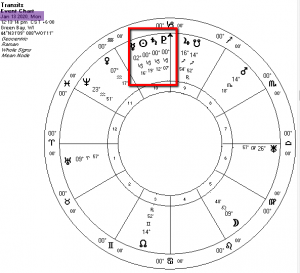 For decades now I have been talking about the 2020’s and their very rare triple conjunction of Jupiter, Saturn and Pluto in sidereal (and tropical) Capricorn.  It is now here and things have seemed to accellerate.

It was with uncanny clockwork-like precision that the story unfolded astrologically.

The main configuration is the simultaneous conjunction of Saturn and Pluto at the cusp of sidereal Capricorn, which was exact on January 13 (accompanied by the Sun).  As we go, there will be more planetary players entering the scene.

Just prior to this though, coinciding exactly with the US assassination of the Iranian Gen. Quasem Soleimani on January 3, was the conjunction of Jupiter and the South Node (also called Ketu).  With the US preemptive action on Soleimani, received with much outrage, it was extraordinarily in tune with the meanings of Jupiter and Ketu.

Jupiter has a distinctly ideological nature to it, many times short on supporting facts, but strong on enthusiastic fervor, and Ketu has to do with separations or losses.  In this case the US military has its reasons, which seemed to change with every passing day; and, of course, for Soleimani, as he was much respected in Iran, became elevated to martyr for their cause. 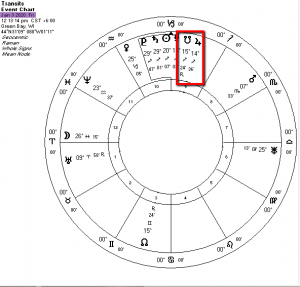 To many it seemed like a prelude to world war three; but the story is just beginning.

In my experience, events and their corroborating astrological patterns, act like an escalating progression of stages, each one building upon the previous ones.  Change, driven by emotions and a sort of spiritual-karmic force, seems to ride the wave of the unfolding celestial events; just as earthly developments are dependent on configurations of circumstances and people that precede them.

So, there are an upcoming series of distinct and significant astrological events over the next few weeks and months which can very likely move us along a path, which I will outline here below.

Each of these dates strongly add-to and re-activate the Saturn-Pluto conjunction in Capricorn referenced above.  I don’t mean to predict doomsday, but I see a definite timeline of potential “hard” developments, all of which take us into the new decade. 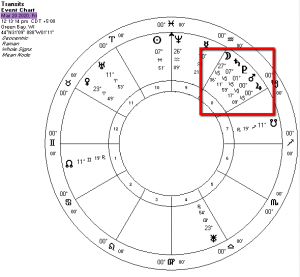 Mars moves into Sidereal to Conjunct Jupiter, Saturn, and Pluto, and square Uranus.

All of the configurations take place within that Capricorn sign zone.  Capricorn, being one of the cardinal signs, deliver very direct and tangible results.  How could things go?

The economy is mostly held together by massive government interventions: QE (quantitative easing) by the FED, huge government spending (with the military taking up a third of it), tax cuts, and just manipulation by extremely wealthy agents who continually buy up stocks to preserve the illusion of prosperity.

It’s a bubble, and even without black swan events, you can’t inflate a bubble to infinity.  Economies have a distinct diastole and systole to them, they inflate and contract, as they should, periodically bringing us back to reality.  In the last couple of decades, it has been politically inexpedient that such contractions should occur.

However, the further you “kick the can down the road” the greater will be the inevitable economic reckoning.

President Trump has a vested interest in pumping things up at least through the 2020 election cycle, and his pick for FED chair, Jerome Powell, has been dutifully pouring on the QE. Trump is now doing the very same thing which he roundly criticized Obama for in the 2016 campaign.

However, will the compounding problems overwhelm the infrastructure or even things like the President’s mental/physical health?  Do black swans come in pairs?  Threes?

The global healthcare system may be about to be rocked like never before in modern history, and the mainstream political-economic intelligentsia may be about to get caught napping.  So, 2020 could be a rollicking year, and it’s as obvious as anything if you look up at the celestial configurations.

There is a human tendency to see doomsday just around the corner, so I advocate cautious optimism.  For every loss, there can be an equal or greater gain.

What do you think it means for you?