Astrology: Will Trump be Re-Elected?

The astrology for Donald Trump for the balance of 2020 is not looking particularly great, which begs the question if Trump chances for re-election can be predicted or not.

With all the electoral chicanery in the US in the last few decades, it makes it much harder to evenly predict the winner of a US presidential election. From the problematical voting machines, to district gerrymandering, to reducing the number of locations to vote, to disavowing hundreds of thousands, possibly millions of votes cast by mail or the votes of minorities, to now the coronavirus complicating the process, anything objectively clear for an outcome is in doubt.  Polls, as well as the media spin, become irrelevant; I think Donald Trump as about as much a chance at getting re-elected as does Joe Biden.

For instance,at this time last election Hilary Clinton was about as far ahead of Trump as Biden is now, yet she lost.  According to Greg Palast, an investigative reporter who looked into US elections, the system is favored to elect conservative or Republican candidates; i.e. the votes of minorities, those who would be less apt to vote for Republicans, are discounted at the rate of nine times those of white-cast ballots.

If anything IS obvious it is that the system itself is corrupt.  Nevertheless the public perception propagating through all the mainstream outlets is that Biden is ahead in almost all groups and that Trump will go down to a resounding defeat.  All I can say is that we’ll know when we know, either the next morning or however far they can dispute and contest it out to.

But, let me look at the astrology, specifically using Vedic astrology and then some Western astrology techniques.

Using the powerful Vedic astrology dasa system, specifically the Chara Dasa, since February 2020 Trump is currently in a Scorpio sub-dasa.

The Chara dasa system effectively spins the chart, moving the ascendant from sign to sign according to its precisely calculated timeline.

So, if Scorpio becomes Trump’s new ascendant, this puts a debilitated Moon in his first house, Mars in the tenth house, and the Sun and Mercury in his eighth house.

What does this mean?

Personally, Trump will not be in a happy or favorable place emotionally, physically or otherwise (debilitated Moon in the first house).  There will be strife regarding his reputation and effectiveness (Mars in the tenth house), and the Sun and Mercury in the eight house, representing his basic self and state of mind, is in a tumultuous and extreme state.  It’s not a particularly good place to be and he could be on the defensive this whole time, not to mention a little crabby.

If I look at the popular (as well as very powerful) Vimshottari dasas for Trump, in late October he will move into a Jupiter-Mercury-Mars situation.  Meaning that he could become quite contentious, acting from a point of inflated self-importance and rule-bending.  Many people fear that Trump will not go quietly from the White House, or go willingly at all, using every possible legalism to prolong the situation; and that could be a possible outcome with this astrology.

This election, like a lot of things in 2020, is just messed up, and Donald Trump with his proclivity for sensationalism, discord and duplicity, seems to fall right the middle of it.

I know the Trump fans will have a more optimistic and more flattering opinion of the situations I’ve described above; but I, like anyone, can only make guesses at this point.

Both Biden and Trump in my mind are tools for monied interests, the differences being mostly for theater; although I have to say that in this age of dark money influencing policy, Donald Trump seems to be the crony of some particularly fanatical right-wing billionaires. 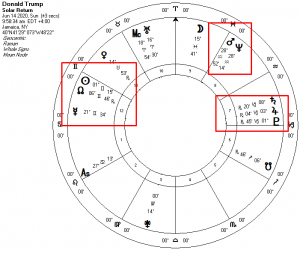 Trump’s 2020 solar return chart, using the natal location, has a powerful conjunction of Jupiter, Saturn and Pluto in the seventh house; there is a lot going on with his relationships.  Melania Trump may be making some power-moves of her own.

This chart also has a tight conjunction of Mars and Neptune in the eighth house, indicating some potential major issues stemming from jointly held resources (such as with is wife), some mischief regarding his finances, and just strange psychological pathology emerging, which could be very detrimental to his standing.  The Sun in the twelfth house does not help for things going his way either, being subject to secretive or covert individuals or groups in this life, and then just Trump being his own worst enemy.

Further, the solar return Mars-Neptune conjunction neatly bi-sects Trump’s natal Sun-Moon-Nodes opposition (Trump was born on an eclipse of the Moon), and the triple conjunction in Capricorn tightly aspect Trump’s natal Venus-Saturn conjunction, maybe the most problematical area of his chart, which will reinforce issues to be explained below.

The upside here is that Trump has the opportunity to eat some humble pie, get some reckoning with his spouse, and may be admit that he’s just human and subject to the inevitable ravages of bad lifestyle choices and just age in general.  Somehow a humbler POTUS is a better, more sensitive POTUS. 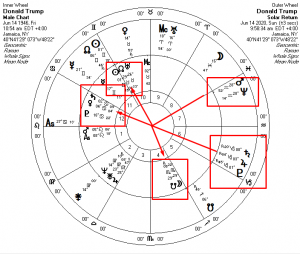 Right.  Trump’s super-enabled ego, supported by all the yes-people he can hire have not helped him here.  He may be in for a fall.

Trump Transits and Progressions for 2020

Continuing, in late September, early October 2020, tertiary progressed Jupiter and ascendant make hard aspect to his Saturn.  This astrology indicates some sort of curtailment or thwarted success in life, typically by a “coming to reality” situation.  One either reassesses things at this point and adjusts, or they throw in the towel. Graphics are shown at the end of this article.

In mid-October, solar arc directed Mars makes hard aspect to his natal Mars.  Here is where conflicts, misfortune and/or accidents or injuries come into play.  Pettiness  and immaturity can result.

During October also the Nodes aspect Trump’s Sun and Moon, and Saturn makes exact opposition to his Venus.  This seems like a singularly important time for Trump and his relationships and charisma are certain to be tested here.

In late November 2020, already after the election, secondary progressed Mars aspects natal Mars, similar to mid-October above.  If there were to be a “contested” results situation, this would certainly corroborate it.

Moving into 2021, Saturn and Pluto start to make long-term aspects on his Pluto, Venus and Saturn.  With Venus ruling his tenth house, and Saturn his sixth and seventh houses, Trump’s reputation, marriage and health seem to be at risk.  He might be able to turn it around to his advantage, but not without significant cost or effort.

He will either be President, or just another billionaire (allegedly so) sitting in his penthouse in the sky.  But, by then he may be dealing with all sort of legal challenges, which have been put on hold since he became President.  So, he may not be riding off into the sunset.

If you listen to the mainstream media, you would think that Biden will win, even if just solely because he’s “not Trump”. It is a very complicated and corrupt electoral system in the US and it would seem that whoever wins is because the system chooses so, that system not being the electorate itself.

Having said that, Trump’s astrology is not “good” as it will be “rough” for him, he may be in for a fight, and as he does he may be overshadowed by cloud of bad reputation, which me may be enlivened by for the fight.

Immediately after the election (all of 2021) he will be in the midst of the “worst” of his present astrology, complements chiefly of transiting Pluto opposing his natal Venus and Saturn. Forces may be out to get him, or the karmic skeletons in his closet may bring about a self-undoing of one sort or another.

There could be a significant toll on his body, mind, and personal assets in the process; almost like “dying to save oneself”, and this whole process that I’m speaking about may take a few years to play itself out.

Who will win the election?  My answer is not Biden or Trump, but to the corporations and so-called “dark” financial backers who fund equally both parties in the US system, and who always seem to benefit the most from the government policies that their candidates make. 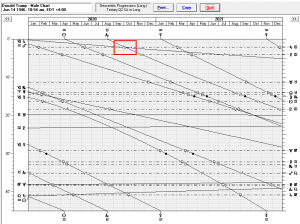 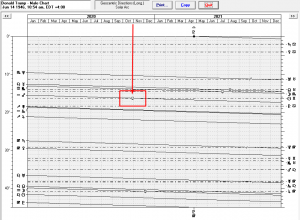 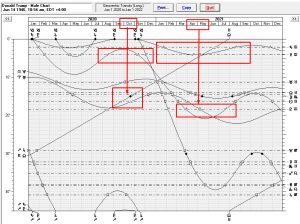 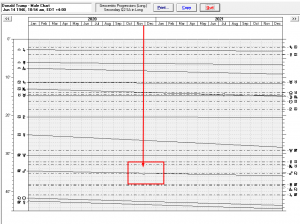