Aries represents an impulsive, self-starting energy; strong on the delivery; weaker, however, on the follow-up and in perseverance.  Those with the Sun, Moon, or Ascendant, or 2 or more planets in Aries can be very self-concerned or “self-centered”; whether it is from an immature standpoint, or from the standpoint of being completely self-absorbed in the pursuit of one’s goals and objectives.
Aries is less concerned with social reinforcement than are other signs, and consequently Aries are known to be tactless and pushy in the presence of other people.  Aries is the sign of the pioneer.  As is all fire signs (Aries, Leo, and Sagittarius) Aries is very independent and potentially very spiritual. 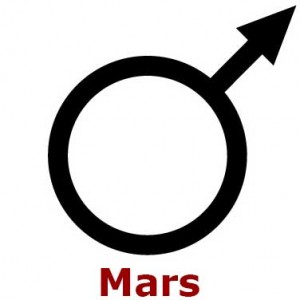 Aries, as shown with its rulership by the planet Mars, is the sign of the archtypical warrior; action-oriented, direct, and sometimes very ruthless.  Aries have a great passion and zeal for life.   The symbol for Aries is the ram, its modality is cardinal, and its element is fire.  Aries rules the head.

According to esoteric astrology Aries rules the quality of God-control, the ability to moderate and calmly direct one’s energies; you see, since Aries are so impulsive, their main initiation is to “tame” or control their natures.

Aries is connected to the idea of the Sun, or Son of God, the Christ; the Lamb “slain from the foundation of the world”.  A lamb, or ram, in biblical times was the “living sacrifice”.  The Christ, the Son, or other “Solar” deities therefore represent that aspect of the Godhead that walks and talks among us as a distinct, individualized, and masterful presence.

Now a spherical body such as a physical sun or star assumes that form only because there is a dynamic equilibrium between the forces of gravitational or centripetal contraction, and centrifugal or rotational force which expands outward; the “sun” or “son” therefore exhibits the quality of “poise” or control; a manifestation of which only “few” such Aries actually attain to.