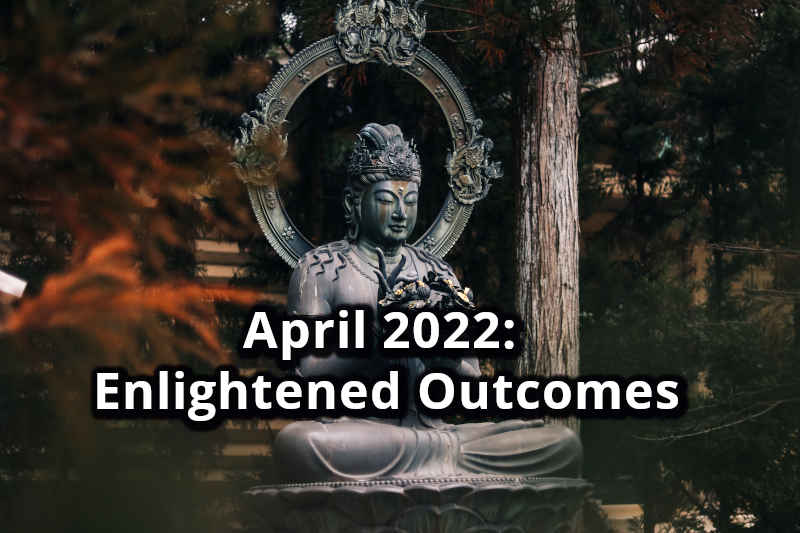 April 2022 is relatively well-stocked with astrological events of significance, but which will occur at both the beginning and the end of the month.

During the first few days we will be having simultaneous conjunctions of Mars and Saturn and Jupiter and Neptune, and then in the last days of the month there will be a station of Pluto and a somewhat powerful (in not necessarily a good way) solar eclipse. 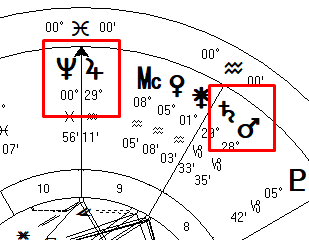 The April 4th conjunction of Mars and Saturn should be very apparent to us, challenging our senses of being able to persevere and overcome difficulties or impasses in life, but the Jupiter-Neptune conjunction (occurring actually on April 12) may temper the wind, as it were.

The Jupiter-Neptune influence at the same time as Mars-Saturn would indicate a greater propensity to bring about more spiritual and compassionate framing of things during the typical Mars-Saturn crisis’s. Hope giving cause for more perseverance and thus success. 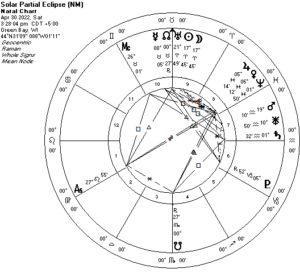 The April 29-30 spike will occur as Pluto turns stationary retrograde followed by a solar eclipse.  Pluto stations make the darker things come out, exposing them for us to address, and this eclipse is in semisquare to Neptune, which itself will also be particularly problematic.

The eclipse has some very nice features: a conjunction of Venus and Jupiter and a sextile of Mars to the eclipse point.  Again, these things conceivably enable better, more enlightened outcomes.

Monday April 4
Determined resolution to move through sticky problems, defy fate, decree your own destiny with all the accompanying perseverances.  (Mars conjunct Saturn)

Tuesday, April 5
Mars shifts into sidereal Aquarius, helping among other things purposeful efforts to benefit the most people.

Friday, April 8
Effective urgency, passion with others.  Saturn enters sidereal Aquarius for the next two and a half years, giving hope and higher purpose to earnest strivers.  (Mercury sextile Mars sextile Juno)

Friday, April 15
Interesting, but possibly irrelevant escapist ideas and discussions.  What seems like incredibly real today tomorrow may not be so great upon analysis.  (Mercury semisquare Neptune and Jupiter)

Thursday, April 28
Pluto Stationary Retrograde
The next two days may have an unearthly or uncertain feel to them, spurred as much by crisis as anything.  Subtle confidence is required.  (Sun semisquare Neptune)

Saturday, April 30
Solar Eclipse
The Sun suddenly darkens slightly for a bit, it’s not the end of the world, but maybe the end of one chapter of life and another beginning.  Loveliness of spirit, brightness of outlook.  (Venus conjunct Jupiter)