Aaron Rodgers: A Tough Year and Looking Ahead

Astrology of Aaron Rodgers: Setbacks, Losses and Breakups Seen Through His Horoscope

Aaron Rodgers, the Green Bay Packer quarterback, regarded as one of the greatest quarterbacks in the history of football, has had sort of a tough year.

He struggled with the COVID protocalls as a result of contracting the virus and having differing views with the mainstream, suffered much bad press as a result, and even though he won Most Valuable Player for the second year in a row, the Packers were shut out of the playoffs right away in a disappointing season end, leaving his status with Green Bay in limbo.  To top it off, he broke off his engagement reportedly with Shailene Woodley.

Actually this not-so-satisfying (so to speak) phase of his life was very clearly foretold in his astrology, and most clearly in his Vedic astrology, which I’ll be highlighting here, demonstrating how powerful and helpful the system can be.

First of all, transiting Saturn, ruler of this tenth house of reputation and success, was in square to itself in 2021-22, looked at either from a traditional western astrology point of view or that of Vedic astrology making tenth house aspect to itself.  The effects of this were to curtail or deny desired outcomes, being clouded by various issues and personally perhaps having doubts and other struggles which can affect his output in life. 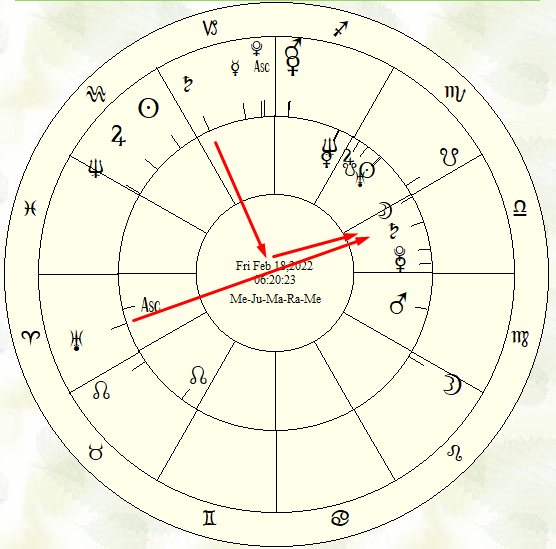 Transiting Uranus opposing his natal Saturn (and transiting Saturn itself) is not making it any easier for him.  Rodgers himself having a rather thoughtful and philosophical approach to life, may have felt a higher calling pulling at him, competing with the “petty, selfish” drive for success, which Uranus as the great liberator from obsolete paradigms is influencing upon him.

With Saturn in his natal seventh house of partnership and marriage, of course this is not going to deliver easy success with relationships, as his breakup with Shailene Woodley would indicate. 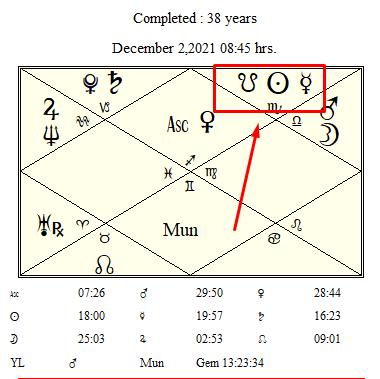 This birthday chart (called solar return varshaphal) for the present period is equally transparent in his seemingly-bad turns in life.

Using the traditional solar return technique of using the birthplace as the location (and not relocated) for the year, elements of success were clearly “afflicted”. The Sun, the significator of authority and success overall, fell in the twelfth house.  The twelfth house is associated with loss, and with the Sun, the loss of reputation and things seeming not to go well.

The twelfth house brings back that theme of “another calling” referred to above.  The twelfth house is also associated with retreat and contemplation, the necessary sacrifice of “lesser” goals for those of more sublime spiritual gain.  Rodgers perhaps needed some humility at this point according to his cosmic timetables, and the flow of his life steered him away from a desired goal of victory in a football game to a victory of the self, but this time free of the encumbrences pride, ego and vanity (which a Super Bowl run may have only inflated).

Looking at Rodgers’ planetary periods (called dasas), this time using the lesser-utilized (but still very powerful) Yogini dasa system, it was in early December 2021 that he went into a Saturn sub-dasa of an over-arching Mars dasa.  This is a particularly difficult “climate” to succeed in, except without much struggle and setbacks, but which can set the stage for more legitimate success after one has been “set straight” by Mars and Saturn.

Indeed, as Rodgers moves into the 2022 season (regardless of which team he’s playing with) he shifts from Saturn to upbeat Venus throughout the next season.

Aaron Rodgers: The Look Ahead

I would say that Aaron Rodgers now has the worst of his astrology behind him and things just might go better after this, personally as well as professionally.  He does move into a Mercury-Saturn dasa-subdasa space according to the more popular Vimshottari dasa system at the same time as the Yogini Venus subdasa above, which may help to keep things challenging for him.

However, I think the worst of his transits will be over with and he could be feeling less stressed, conflicted, or at ill-ease.  All things considered, that would be a better space to move forward in.