The Emergence of Free Will: Total Solar Eclipse Sept 2016 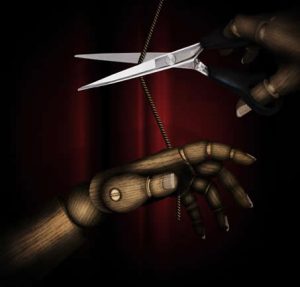 If you’re last 30 days has been anything like mine, you’ve already had a number of things to deal with.  This September 1, 2016 eclipse is like the final movement in this astrological symphony of late summer 2016.

The particular eclipse is an annular eclipse, one that the Moon is positioned so that it does not blot out the Sun completely, but makes a “ring of fire”.

In this eclipse the Sun, Moon, and Nodes line up exactly with Neptune, which is highly problematical in its nature, having to do with not acting with honor or truthfulness with self or others, as well as mysterious lapses or missteps in actions, motivations and overall energetic output. 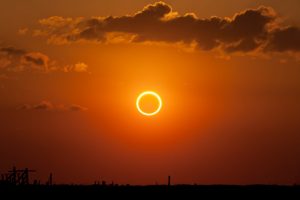 But it makes me wince to see the above planetary lineup is tightly and perilously perpendicular (squared) by two harsh astrological players, Mars and Saturn.

Mars has the action of pushing things into action, smoothly or not; and then Saturn has the seeming opposite effect of suppressing, holding-off, or delaying the accomplishment of things.  Together here Mars and Saturn can create a significant impact on situations with a high emotional edge to them. 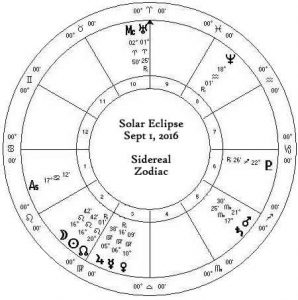 This configuration falls in sidereal fixed signs, so the energy at first highly resists the action of change upon it, and then when the pressures build up, the resulting breakdown of the resistance will have deep repercussions.

What It All Means

Basically, highly problematical and deeply entrenched conditions and situations will be under pressure, which can lead to significant changes, some of which will not be smooth or ending well.

All potential risk areas: earthquakes, severe weather, and violence and war deserve fair warning.  In less extreme dimensions the feeling of severity, harshness, and bleakness will be present to challenge your normal feeling of happiness.

Happiness can be the result of the aforementioned situations, because change always brings new possibilities, a new combinations of situations, and deeply affected human beings who now suddenly have a new outlook on things and who are motivated to make something of the new paradigm which forms.

Things fall apart because they will, and they must because the consciousnesses of individuals who move about within those “things” can become too attached, too identified with things that are by nature impermanent.  Death, breakdown, and decay becomes a liberation to the consciousness, which by nature far outlasts earthly so-called realities, and which has far more amazing things in store for it. 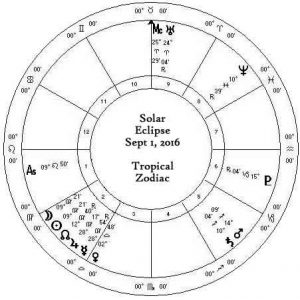 Consciousness is an energy, much like a flame, and much in similitude to the Divine; and it cannot and will not be imprisoned long in the ludicrous smallness which it many times finds itself in.  Out of this consciousness/energy/flame is born free will, which gives us the option to exercise our higher potentials.  Or that same free will can choose to reanimate those same ludicrous strictures on its life, and we always have the choice.

So this particular configuration of planets now (which happens rarely) offers us the opportunity to embrace change, a cosmic conspiracy, if you will, from these deity-like planetary agents, to start again, this time coming closer to our true purposes and move forward on this cosmic highway to an equally cosmic destiny.

Thursday, Sept 1, Total Solar Eclipse 9:03 am GMT
Unsettling and disorienting effects of the eclipse today may hamper life.  Stark life issues may be brought to awareness with particular acuity.  Life may not seem fair, yet it could be exquisitely fair.  (Sun square Saturn)

Friday, Sept 2
Getting to the truth, internally or otherwise, may be a problem.  Honestly ask yourself how you may be fooling yourself at this moment, in the circumstance you find yourself in.  How may you sublimely achieve confidence, surety and success?  Discussions and analysis may yield exciting possibilities.  (Sun opposite Neptune, Mercury conjunct Jupiter)

Saturday, Sept 3
Incisive analysis and practicality are possible to figure out problems giving effective solutions.  Be careful about getting too dark or pessimistic, missing out on people and situation who may genuinely surprise you.  (Mercury quintile Saturn)

Sunday, Sept 4
Strong, fated connections with people and situations.  You may find your particular power and identity.  (Sun conjunct Node)

Monday, Sept 5, Labor Day USA
Quirky propensities may direct you to important discussions, findings, or realizations.  Be careful not to exercise ethics for the sake of convenience, or what seems to be expedient.  (Mercury tridecile Pluto)

Wednesday, Sept 7
Unique and potentially effective actions under a realistic, but hopeful set of attitudes may effect positive developments in finding your power and how you relate to others.  (Sun trine Pluto, Venus sextile Saturn, Venus quincunx Neptune)

Saturday, Sept 10
Seemingly difficult to understand and navigable conditions and trends may seek to bring down your passion to succeed in your endeavors, and your personal quests may seem to have come to naught.  It is times like these which enable you to take your dose of humility and more conscientiously start again, even if from the very bottom.  The only way you can go is up.  (Saturn square Neptune)

Friday, Sept 16, Super Moon Lunar Eclipse, 7:05 pm GMT
Eclipses generally indicate possible disorientation, as the Earth, Sun and Moon are in such tight alignment.  A super moon, which happens only a few times a year, is when the full moon is closer to the Earth than usual, producing a larger Moon in the, and hence a more intense experience.  So we today we have a super moon eclipse.  This eclipse marks and end of sorts to the recent string of powerful astrological alignments that have been going on over the last 60 days or so, signaling a return to a sort of normalcy to life.

Saturday, Sept 17
Venus moves into the sidereal sign of its rulership, Libra, indicating progress in relationships and refinement in life, and as Mars trines Uranus today the pace of excitement may rise, helping us to see new avenues of social evolution.

Sunday, Sept 18
Venus opposes Uranus which may bring up some interesting but possibly passing, relationship developments.

Monday, Sept 19
Intensity and depth of motivation may help bring about significant changes to life.  Ethics over expediency may be a concern.  Feelings about something or someone may be on shaky ground, yet feelings may be powerful.  (Sun tridecile Pluto, Venus sesquiquadrate Neptune, Venus sextile Mars)

Tuesday, Sept 20
Relationships and love may have to work through some tough issues before that warm feeling return, but when it does it will be truer.  Analysis and speculation may open provocative issues, be sure to act and interact conscientiously.  (Venus semisquare Saturn, Mercury trine Pluto)

Wednesday, Sept 21
Not exactly a day to celebrate, more roll up your sleeves and solve some acute problem areas. Delays and obstacles may try to rob you of your peace of mind.  (Sun quintile Saturn)

Thursday, Sept 22, Mercury Stationary Direct
That bright star you see in the mornings or early evenings stops its reverse course and regains forward motion.  Slowly and surely clarity and understanding will improve in our affairs, and making connections may not be so hampered.

Friday, Sept 23
There may be an added depth and fascination to today’s accentuated cordiality and briskness.  (Mercury trine Pluto, Mercury semisquare Venus)

Saturday, Sept 24
Energy and action today may emerge in ways difficult to understand without accompanying heated emotions.  Passive/aggressive tendencies may complicate affairs, while those with less guile in their ways may be able to more efficiently channel their intentions.  Finding motivation may be a challenge. (Mars quintile Neptune)

Sunday, Sept 25
Emotional reactivity and proactivity will be surprisingly strong, working best with those who most conscientiously ride them.  Ulterior motives may ultimately harm relationships.  (Venus quintile Pluto)