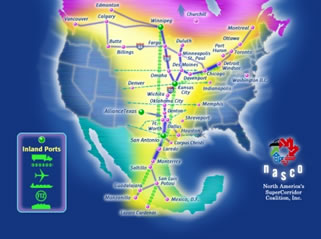 Is this all happening by accident: a simple chaotic unraveling of the infrastructure of our society, or is it all unfolding according to plan?  Take a look at the bigger picture.  Why are there….

It’s been a rough couple of weeks; we had the I35W bridge collapse a few weeks ago, there have been major floods in southern Minnesota just this past weekend causing massive property loss and loss of life.  Some people are in the middle of sustained grieving, especially here in Minnesota.

In other areas the US dollar has been taking a beating internationally causing stock markets to wobble worldwide.  It was only a massive money infusion on the order of close to half a trillion dollars that kept things from going permanently south.

What was probably the largest ever money-printing by central banks all over world two weeks ago coincided with the stationary direct astrology of Jupiter.  One of the main effects of Jupiter is to inflate things, and there was a whole lot of money supply expansion going on at the time.

It’s all well and good to do what you have to to keep the US economy afloat, but the end result is that you kill the very currency that you are trying to save. More and more dollars created out of thin air by the Federal Reserve Bank the less and less value each individual dollar has.  More and more nations fear the status of the dollar and therefore you can see the rise in value in other currencies, especially the Euro.

You could almost say the US dollar is in its death throes.  Mark my words; in the next year or few years the US economy is about to undergo a tremendous change.  The real estate market is crumbling and stocks suffer from inflated prices and massive intervention from central banks and the government.  The monstrous excesses of the hedge fund market are deranging the entire system.

Is this all happening by accident: a simple chaotic unraveling of the infrastructure of our society, or is it all unfolding according to plan?  Take a look at the bigger picture.  Why are there massive political/economic blocs (The European Union, the North American Union, the Asian Union, and the African Union) forming?

What facilitates the faster movement to consolidation and globalization of control?  Is it not a very aggressive, robber baron, scorch-the-earth strategy that stamps out all of the “little guys” on the field?  Why else would the occupiers of the US government do all they can to drive a stake through its economy (send us out on massive, open-ended wars; inflate the currency to a tenth of its value just ten years ago; encourage liberal immigration policies that undermines domestic job security, and bring about a massive sell off of US properties and control of US highways to international interests) except to move it in line with a globalist agenda.  For a globalist agenda the few will rule the many.

Okay, so why am I getting so negative here?  It is apropos since there is a massive grouping of planets in Leo amplifying a very debilitated Saturn.  As Leo signifies the magnanimous rule of a benevolent heart in its essence, a debilitated Saturn in Leo can signify a corrupt and pathological rule based on an obsession for control.  (I am using Vedic sidereal positions.)

As a lot of planets currently are in Leo or aspecting Leo, this Leo power paradigm is suddenly at issue and the unpleasant results of that power can bring about a despair of consciousness.  As I write this article there is a report on the news of the state of decay in US infrastructure, a fact brought out by the recent collapse of the Minnesota I35W bridge.  “Let the country go the h***”, they might say. There are globalist crusades to attend to, political pork barrels to feast on, and besides if the country falls apart certain people can make even more money rebuilding it.

Therefore this week the astrology peaks relatively early as the Sun conjuncts Saturn on Tuesday, August 21.  For the past few weeks there has been a lot of activity surrounding this debilitated Saturn, bridge and dollar collapses all, with all the attendant suffering and grief.

On Thursday, August 23, Mars opposes exactly Jupiter fueling the fires of ambition and perhaps over-inflating people’s expectations along with magnifying their arrogance.  So on a worldwide front it should be interesting to see how the talking heads (you know presidents, spokesmen, commentators, etc.) behave in reaction to current events.  Since most planets involved are not especially dignified, I would not expect very much in the way of evolutionary progress.

Looking further ahead I see the Sun conjuncting the South Node (Ketu) around Thursday, August 30; Mars squares Uranus on Monday, September 3; and finally on Thursday, September 6 transiting Pluto turns stationary direct.  These could be key dates in our upcoming immediate time frame for major developments.

Looking even further ahead (hopefully I will be able to get out some articles on this) in December 2007 transiting Jupiter comes around to conjunct Pluto, which portends major developments especially on the ethical/financial front, as well as just in the areas of the uses and abuses of power.  Will there be major developments toward a North American Union pushed along?

The last time this happened, the mid 1990’s the US economy was heating up at a fantastic rate by the burgeoning tech sector, fueled in most part by a the start of a massive money-printing binge of the Fed (which has only accelerated today), but which broke down by the late 90’s leading to our current climate of decline.  Jupiter and Pluto together have the effect of vastly expanding expectations, and creating a super dynamic but usually fatally unrealistic consciousness in people.  It would not be hard to forecast interesting, but troubled times ahead.

I’ve been pretty busy lately, getting a full daily Astro Success out right now I can’t guarantee but keep a weather eye out for Star World News