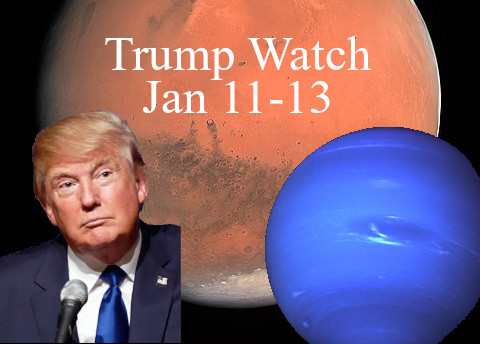 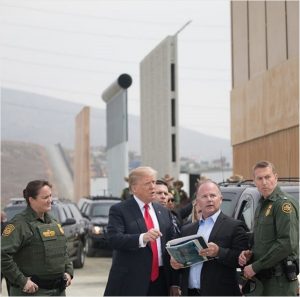 Astrology of Trump and the Border Wall

Transiting Mars has moved into exact opposition to Trump’s natal Neptune, with transiting Sun and Pluto making a conjunction as well.

One day later (Jan 12) transiting Saturn makes a sesquiquadrate to his natal Mars. 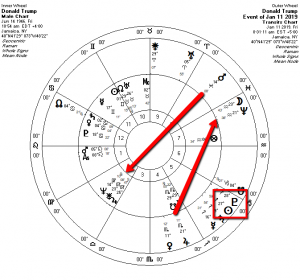 The Mars/Neptune configuration is highly problematical; action based on delusions and/or based on some type of compensation for perceived inadequacies.  Does Trump fear that he’s not fierce enough, so he has to “prove” it?  Does he think being tough or ruthless is somehow ultimately “compassionate”?

Alternately Mars/Neptune can also mean a flareup of chronic physical conditions, which can debilitate effectiveness, clarity or autonomy.

Saturn on his Mars can cause acute frustration and possible lashing out, again potentially because of a self-believed sense of inadequacy. 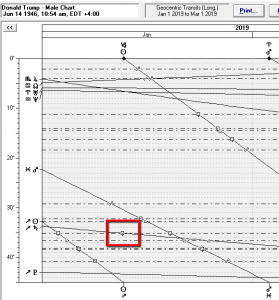 The conjunction of Mercury and Saturn (in sesquiquadrate to his Mars) and the square of Jupiter to transiting Neptune on January 13, brings out mental pathologies, as well as ideological blurring of matters; however the Mercury/Saturn could bring out a little realism, maybe coming to reality about things.

In summary, while the political showdown continues unresolved, Donald Trump will be experiencing significant astrology potentially bringing out subversive or “dangerous” manifestations.