The Astrology of Glenn Beck

Glenn Beck, a rising star in the conservative talk radio/TV/publishing market, has a rather interesting astrological chart.  We can use astrology to help us better understand who may be sincere and then those who sound sincere, but may have a few distorting lenses in their psyches.  How sincere or distorted is Glenn Beck?

This will not be an exhaustive look at his horoscope, but an overview of its main features; it will be using Vedic/sidereal calculations and interpretations.  His birthday is published as February 10, 1964 in Everett, Washington, USA; but there is no birth time available.  However, using his online biographies and making a study of his videos I’ve made a rough rectification of it to about 10 am.  I’ve posted his chart at the bottom of this article.

Due to the lack of specifically-timed biographical data about Beck (essential to rectification), this article will focus mainly on the Vedic Moon Ascendant chart (called chandra lagna), which does not require an accurate birth time.  However I will say a few things about his ascendant as I have estimated it:

Beck has Aries is rising indicating an aggressive stance, a tendency to be impulsive, and plenty of motivation to succeed in life.  The ruler of the ascendant therefore is Mars, which falls in the eleventh house which is good for financial security.

However, Mars falls in the sign of Aquarius which is not a good placement for it, and it is flanked by malefic planets (the Sun and Saturn), which is called papakartari (“scissors”) yoga.  An afflicted Mars usually can be seen in a person with issues of anger, and acts out with rage or violence in extreme cases. 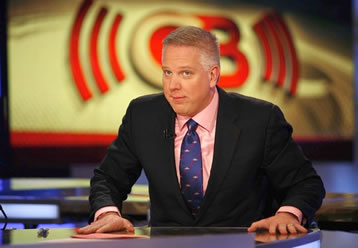 I would attribute Beck’s afflicted Mars to an observable tension in his appearance, which is also reflected in a slightly higher pitched voice because the head, neck, and vocal cords are clenched.  There is a definite tone of alarm in his speech, because he’s basically outraged at liberals and those he believes are threats.

Beck also had a personal history at one time of drug and alcohol addiction, and he had a number of challenging episodes in his life including the mysterious drowning of his mother and suicide of his stepbrother.  Challenging life events and suffering in the midst of them can be explained by an afflicted ruler of the ascendant.

A High Number of Weak Planets

One thing that strikes me a bout Beck’s chart, regardless of any estimated birth time, is that the principal points in his chart are all intrinsically weak by being either of very late degrees or very early degrees.  When a planet in a person’s chart is not in the middle region of any sign, its strength is cut by half or more.  I have found also many times that there is also a definite suppression or over-compensation of the nature of the planet when it is in that state.

In Vedic astrology this is called baladi avastha or physical state of the planets, planets are at full strength only at the mid region of any sign, and get progressively weaker the farther from the center they fall.

Planets at Low or High Degrees

Beck’s Sun is at 29 degrees of Capricorn; this could come off as a brazen over-domineering style with a lot of scheming, calculation, and trying to be very controlling; or alternatively it could cause a person to take an extreme self-denigrating stance in life, which would be the pretext to engage in addictive or self-destructive behaviors such as with drugs and alcohol. 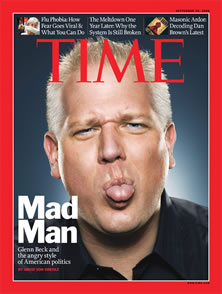 Beck’s Moon is at 27 degrees Sagittarius; this could cause an outlandish, even shocking kind of personal style that likes to use big words and bold pronouncements and feeds off of excitement; or alternatively it could cause a sort of over-opinionation or intolerance of differing viewpoints.

Jupiter as the ruler of Beck’s Moon (a very important foundational planet regardless of actual birth time) is at 24 degrees Pisces; this could come off as being subject to influences which can cause one to feel lost and confused and engage in escapist tendencies, and they would also be vulnerable to negative environmental influences.  Self esteem is not typically great, or it could flip into a sort of semi-messianic cult of ego and arrogance.  The worst kind of enemy could be considered to be one who believes he or she is on a mission from God.

Jupiter is in its rulership and therefore its support of the Moon in Beck’s chart is very good; and everyone can agree that Beck as had a lot of good luck in life with radio and television shows, road shows, and book deals.

I’ve already mentioned in part the ruler of Beck’s rectified ascendant, Mars; it to is afflicted additionally by being of very low degrees (0 degrees Aquarius); bringing in the potential abuse of righteous indignation.

The dispositor of Beck’s Sun in Capricorn, Saturn, is well placed by sign but it is also afflicted by being at three degrees of Aquarius; this seems to have the effect of simultaneously helping and hindering his Sun.  He has self assurance, but maybe too much of his ego is involved.  He may not be totally averse to taking an “ends justify the means” kind of approach to life, as Capricorn can be very “shrewd”.

Dependent on the Good Will of Others

A weak Sun and Moon possibly would have to lean on the assistance of others to get ahead, and having to pay the appropriate price to get their assistance.  In the case of a major media star, you have to bow to the wishes of your corporate sponsors.  In the case of the major networks, they are arms of the corporate-financial interests that already run the world and who are deeply involved in policy decisions, putting choice candidates into media prominence and office, and international geo-political situations.

Most likely any message from Beck is going to be filtered through the editorial requirements of those same corporate masters, so basically his message is likely to be compromised.  Beck plays the Republican-Democrat divide well, even though that is a false paradigm if there ever was one.  Both sides of the political isle in almost any nation are directed by the same single corporate-financial cartels. 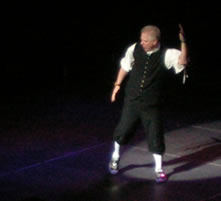 If I take a look at the more purely western astrology configurations I can see that Beck’s Sun is also afflicted by a square from Neptune giving questionable foundations to his self assurance, enabling addictions in the past, not to mention an inflated but tenuous sense of ego and pride.  There could be a weakness of willpower that is vulnerable to intimidation by more powerful and malevolent forces (such as those who control vast sums of money and seek to control the world).

Neptune also makes a quincunx to Jupiter, increasing the potential of his ideologies to be colored by deceitful and overly-religious influences.  Beck was a Roman Catholic now converted to Mormonism.

Beck describes himself as a conservative-libertarian and not necessarily partisan.  With the Obama administration he (and a lot of other Republicans and conservatives) stands to benefit greatly because he is not hindered by his party being in power, which he would be expected to be loyal to.  The ousted party always seems to be able to take the ideological high ground against the opposition, which then reverses when they retake key seats.

Now to be fair to Beck himself, I also have to point out some good points in his chart.  His Saturn, while it is devitalized somewhat by being of low degrees, it is in its rulership in the natal chart and exalted in the navamsha.  He comes across as a self-styled teacher endeavoring to make his points plain (even using a blackboard), and he does succeed at creating a more ordered and sound view of society with his libertarianist points.

He also does have an exalted Venus and Jupiter in its rulership in the twelfth house, which could add to the tendency to engage in escapist or addictive behaviors, it also points to a refined spiritual outlook, sensitivity, and real concern for the benefit of humanity nevertheless. 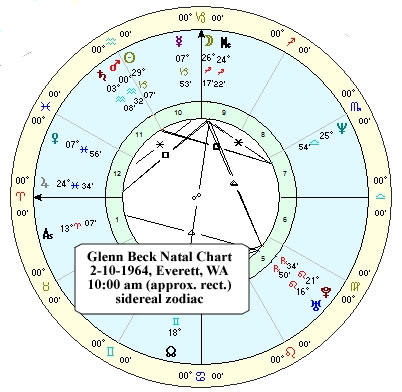