Sarah Palin Steps Down: The Astrology 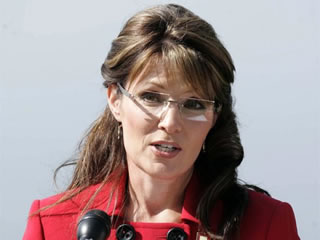 Sarah Palin, 2008 Republican Vice Presidential candidate, recently announced she is stepping down from her governorship of the state of Alaska.  This is a very, very perplexing move.  Her stated reason for stepping down is that there is too much flack coming at her to get the job done; not too self-confident I would say, nor one really with the long term in mind.  However common sense is not necessarily a part of early 21st century politics; it’s not issues, it’s appearances, charisma, and marketability….

Sarah Palin, 2008 Republican Vice Presidential candidate, recently announced she is stepping down from her governorship of the state of Alaska.  Since Palin has a major book deal, and most assuredly is setting herself up for a 2012 run for President; this is a very, very perplexing move.  Her stated reason for stepping down is that there is too much flack coming at her to get the job done; not too self-confident I would say, nor one really with the long term in mind.

However common sense is not necessarily a part of early 21st century politics; it’s not issues,

it’s appearances, charisma, and marketability.  I have to say also that she rose to sudden stardom from obscurity not unlike a few other presidents in the past: Jimmy Carter, Bill Clinton, and now the junior senator from Illinois Barak Obama.  These guys didn’t do it all themselves and they are very beholden to the powers that set them up, so how would Sarah Palin be any different.

I’ve detailed Sarah Palin’s chart previously (click here to read it) and this is an update on her chart.

As I mentioned in the previous article Sarah is under the influence of her Jupiter and  Moon (Jupiter maha dasa and Moon antar dasa, these are Hindu planetary periods).  Her Jupiter is relatively well off indicating that she is in cycle of reward and good fortune, as befits a rising political star, and issues of her faith and ideology are at focus in her life (again as befits a person of the so-called religious right).

However the more immediate minor cycle she is in (that of the Moon) is definitely not well off.  Her Moon is debilitated in Capricorn but very prominent.  This tells me that things are not expected to go smoothly or even well at all; she could definitely make a wrong move under misguided impulses.  This minor Moon cycle started in September 2008, just as the tide of public opinion started to turn against her in the election.

Maybe she just has crackpot advisors who think that projecting the image of a victim is somehow politically advantageous; maybe Palin is just kind of a weird player.  That episode with her having just broken water with her son Trig and then giving a keynote speech and then flying back to Alaska against any good medical judgment before giving birth is pretty far out.  This latest development is only characteristic.

I also brought up the point that the Moon is debilitated in Capricorn in her seventh house, meaning some sort of trouble regarding spouses, partnerships, or alliances; is there something more going on here?  Self projection is also problematical here, since the seventh house also pertains to career issues (it is the tenth house from the tenth house.)

Is she stepping down exercising the better part of valor, or is she “forced” to do this to keep her name and fame intact?

When you get down to it, Palin has had problems with the media and her reputation constantly; she is regarded as kind of a kooky fanatic by elements of the left, unmercifully derided by comedians such as David Letterman, and the press seems to delight in portraying her as uninformed and incompetent.  I go into more detail in my previous article about this issue.

If you look at her chart from a western perspective the recent conjunction of Jupiter and Neptune is right over her Saturn; and very close to her Sun and Mars (which are not well dignified in the sign of Aquarius).  Overall, Neptune conjunct her Saturn can be a very confusing, discouraging (making one run away), and psychologically problematical time.  Neptune represents confusion and dissolution, and Saturn represents anxiety and difficulties.

Before long however Palin will be having her next Jupiter return (in about a year), so ambitions and opportunities could come around again.  Jupiter has a tendency to forget about the past being so swept up in the enthusiasm  for expectations of future good fortune.

To tell you the truth though I don’t think a run for 2012 would go that well anyway.  She will be under the antar dasa influences of Mars and the North Node during this run, and those are both very ill-dignified planets in her chart.  Ergo, her life during this time would be difficult.

However, looking deeper into this part of her astrology unfolding; Palin could succeed but only with the help of covert and extremely powerful (and most likely exacting of a price from her) interests.  She could be totally bought and paid for candidate.  In other words she would be perfect for the role in the tradition of US presidents of the last 50 years.