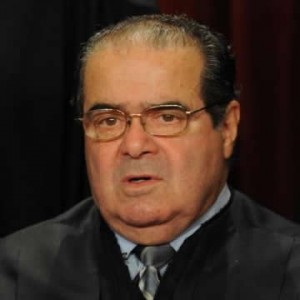 On February 13, 2016, the Supreme Court Justice Antonin Scalia was found dead in his hotel room.  He was found with “a pillow over his head” and no autopsy was performed.  There is a raging debate in some circles whether he was assassinated by shadowy powers that be that opposed him politically.

This article will briefly look at the horoscope of Antonin Scalia through the eyes of Vedic astrology; not necessarily resolving it completely, but getting to some meatier issues that comprise the life and death of him.

Doing a brief survey of Scalia online one easily sees that he was had a very endearing and jovial manner with others and was well known for his wittiness, but also the aggressive style of his legal opinions.  He was in fact very ideological with his own brand of conservative judicial activism, even though he claimed to be an “originalist”; that is, one who strives to interpret the Constitution as fixed according to the time and society from which it was written. 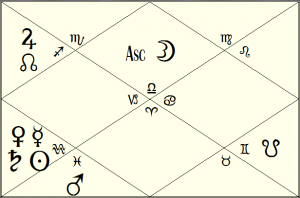 He would be very selective as to when he would invoke the limits of Constitutional government, resorting to it when it favored his political persuasion and then denying them when it got in the way of his views (and presumably of those who put him in his prestigious seat.)

Scalia was a devout Catholic, and to him the matters of the soul and that of the body (political and economic matters) were entirely separate and unconnected things.  Yet his actions would very much seem to belie that.

Looking at his chart (March 11, 1936 at 8:55 pm in Trenton, New Jersey, sidereal chart, Raman ayanamsha) there is a strong preponderance of air signs denoting prevalence of ideas, issues and the “rightness or wrongness” of them.

The Moon in Libra in the ascendant highlights his friendly and reassuring manner, as well as the idea of one who “weighs” matters with the goal of achieving a golden mean of harmony to the world.

Then with four planets in Aquarius there is a strong intent to create and uphold standards of society’s morals for the benefit of all.  With Jupiter in Sagittarius in the assertive third house with Mars in Pisces in the contentious sixth house, this completes the picture of an ideological activist with the audacity and mettle to do it.

Using the Western style chart (image below), Scalia’s Moon is in exact opposition to Uranus, pointing out that his goals could have been to shake up and challenge society’s ideals of justice, morality and government.  An angular Uranus in Aries in his chart underscores his courage and zeal to do so, even as a one man army, so to speak.

Saturn in tight opposition to Neptune in his chart though points to possibly some willingness to enforce his ideals through coercion or the iron rule of law, possibly to shepherd others in a well meaning way, but also possibly to oppress or demonize those who have differing views.

Both Scalia’s Sun and Jupiter are afflicted by the fact that they are either of very low or very high degrees within their signs, which has been a very reliable indicator of dysfunction. A debilitated Sun would indicate one who exercises his authority through intimidation or through the opposite extreme of  passive-aggressiveness.  I am definitely not the Constitutional scholar to prove any one of those possibilities, but leave it here for one to consider as a possibility.

A debilitated Jupiter (albeit strong in other ways) indicates a potential to “grandstand” one’s ideals, to make up for doctrinal disclarity by an overabundance of flamboyance or theological affectation, and one may act in broad, grand measures only for the most part. 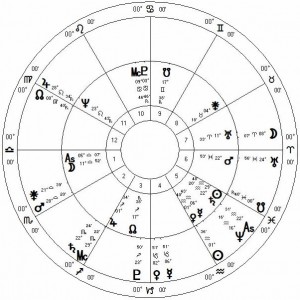 At the time of his death, Judge Scalia had the following active configurations.  These are applying (yet to become exact.)

He also had the following separating transits, that is, their peaks were already at least one year in the past.

Transiting Saturn square natal Saturn and Neptune denotes extreme stress and overwork, possibly self doubts, and challenges to one’s personal integrity as well as their health and vitality.  Chronic health conditions may have been coming to critical levels.  Stretching it somewhat, one could say that he was challenged and threatened by mysterious or shadowy forces due to the influence on his natal Neptune.

The South Node coming into conjunction with his Sun is also another challenge to one’s vital energy.  With his Sun in such debilitated condition there could have been significant threats to sense of authority and reputation, not to mention life and limb itself.

The thing about the South Node, or Ketu, is that it is the tail of the dragon.  It has no head, it can’t speak for itself, one has to intuit or deduce it’s presence and effects.  It’s rather secretive.    So did he or didn’t he get killed by a hired hitman sent by political enemies?  We may never know.  His death may be forever shrouded in mystery and uncertainty. 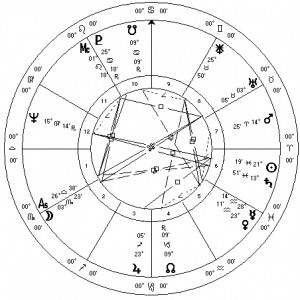 Natal Mars in the sixth house is a clear indicator of potential health liabilities in Scalia’s life.  So in 2014 and 2015 transiting Uranus and Pluto were making very strong hard aspects to his Mars.  Stresses in his life may have been at peak levels for a sustained length of time, the cumulative effects of the pressures over the last few years could have brought him to his recent condition of being more vulnerable to sudden collapse.  The aforementioned current square of Saturn to natal Saturn and Neptune, may indeed have brought him to the brink and beyond.

Thus, Scalia checks out of the corporeal hotel (his body), having done his time, run up his karmic allotment of energy in this life.  He now goes to a higher court to plead his case….

Was Antonin Scalia Murdered or Not?

So it is not impossible that Scalia could have been assassinated, anything is possible of course.  However, in my opinion “they” (those shadowy operators that the conspiracy fear-porn promulgators like to talk about) seemed to take an awful long time to go about doing it.  Scalia was an outspoken conservative activist judge on the Supreme Court since 1986.  That’s a 30 year career in the spotlight.

So the time when “they” decided to “off” him was right at the time he was probably going to die anyway.  Go figure.

If “they” indeed decided to assassinate him, this was the most bumbling way they could do it.  At this late stage of the last term of Obama and contending with a Republican controlled House and Senate, they will simply block any attempts of his to bring a candidate (presumably of liberal persuasion) to consideration.  It could have totally backfired for them.

If they did it two or three years ago, however, then it might actually make some sort of sense. Whoever wins the next Presidential election probably will get the real opportunity to to bring in a new supreme court judge of either liberal or conservative persuasion.  The case of a “hit” in Scalia is weak at best.

It was Scalia himself that probably brought about his demise with bad lifestyle choices and being a long term high court judge who seemed to favor big corporate interests.  So maybe the Universe itself said “enough” and pulled the plug, in an act of mercy towards the “little people” out there who always seem to be on the short end of the stick, and a mercy to the Scalia himself, allowing him another life-reset.  Who would know anyway.  He was 79, overweight, and a smoker.  Allegedly he was having heart problems.

For all intents and purposes, it seems to have already been open and shut by the authorities.