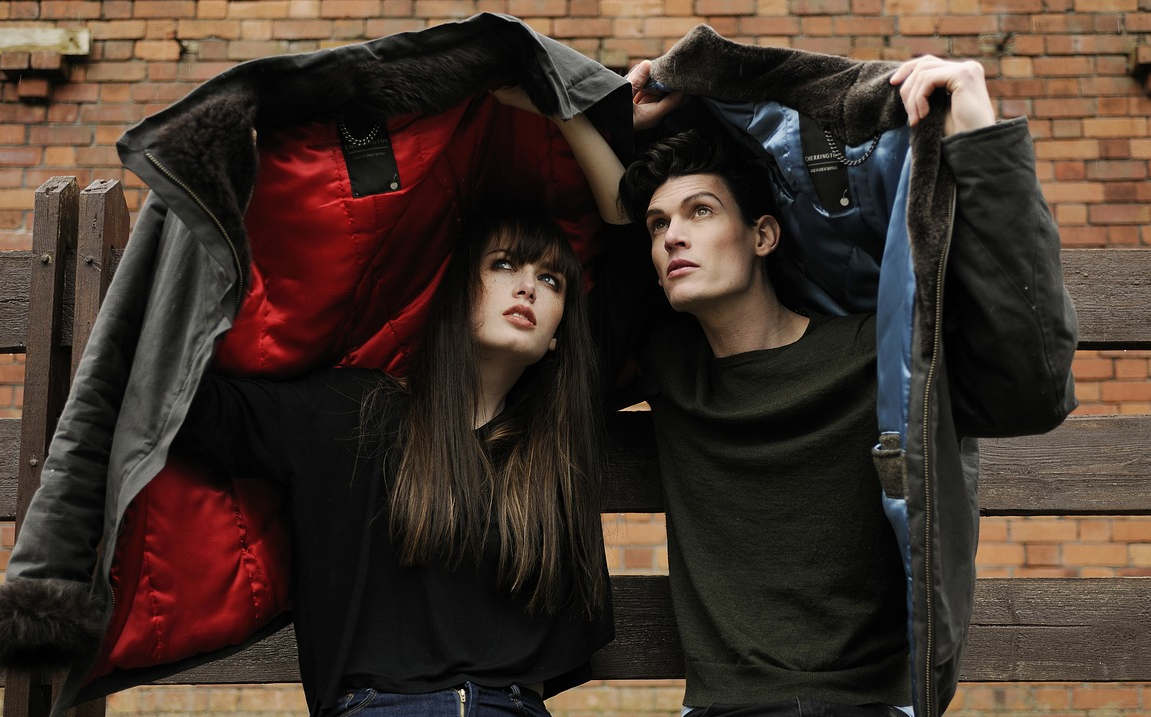 Around mid-month this June we have a very intense line up of malefic planets.  The theme would seem to be intense urgency and also very likely to include relationships.

You can see the conjunction of Rahu (North Node), Mercury and Mars at 26-27 degrees sidereal Gemini in tight opposition to Saturn, Pluto and Ketu (South Node) at 26 and 29 degrees Sagittarius.

The presence of the Nodes adds spiritual/karmic relevancy to the astrology and therefore the increased likelihood of people and situations coming together.

Anyone in the sidereal chart of planets at 26-27 degrees Sagittarius/Pisces/Gemini/Virgo are going to experience it; which would come to 20 degrees (give or take) Aries/Cancer/Libra/Capricorn in the tropical Western astrology chart. 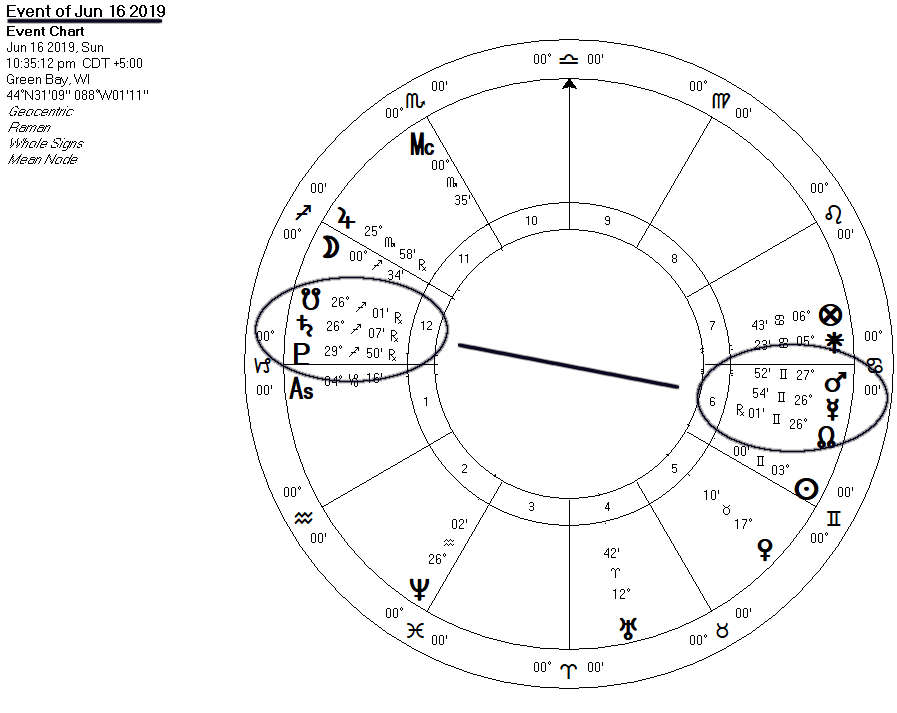 A few days later transiting Neptune turns retrograde, which can create a sort of disorienting spaciness in people a day or two before and after.  I would just say let that space you choose to put yourself in during that time, under Neptune’s intensified influence, be not a smaller, convenient space to escape to, but a larger, vaster space where you can truly connect with higher sources.

Venus opposes Jupiter on the twenty-third exactly as Saturn is conjunct the South Node; fruitful connections are possible tempered by a little valued skepticism.

Sunday, June 2
Great depth of emotion coinciding with experiences early on.  The Moon connects with Algol’s severed head of Medusa, and then a little later the seven weeping sisters of the Pleiades, adding to the intensity.  (Venus trine Pluto)

Monday, June 3
Ramadan Ends
As the dark (new) moon moves into opposition to Jupiter, we may feel at moments unstoppable.  The Moon also lining up with the Aldebaran/Antares axis early on may lend luminosity of feeling to the moments.
Moon opposite Jupiter 6:34 pm CDT

Tuesday, June 4
Tests of patience, endurance and determination.  The best time to fix something is when it’s staring you in the face, putting it off only compounds the issue.  Moon conjunct Mercury late morning US time gives mental and associational perspicacity.  (Sun biquintile Saturn)

Wednesday, June 5
Relationship feelings and situations can bring you to the next phase therein.  Intense experiences, especially those that are shared, are deeply bonding.  Remember also that some experiences are not really as bad as they seem at the moment. (Juno opposite Pluto, Venus conjunct Algol star, Moon conjunct Mars (10 am CDT) and opposite Saturn (8:30 pm CDT))

Thursday, June 6
Exciting shifts of direction and fortune, but don’t make too much out of what is still only opportunity.  (Jupiter sesquiquadrate Uranus)

Saturday, June 8
Getting to the truth may be challenging, especially so when other verifications are not available.  The Moon on Regulus, Heart of the Lion star of Leo in late afternoon US time calls up boldness.  (Mercury tridecile Neptune)

Monday, June 10
First Quarter Moon
Jupiter at Opposition
Interesting and complex day full of excitement and wonder, but then obstacles to rise above.  The Sun fully illuminates Jupiter (at opposition) while the Moon illuminates (opposes) Neptune early on, and Sun makes quincunx to Saturn.

Friday, June 14
Strident determination will pay off amazingly.  People and situations are coming together over the next week or so with great purpose and potentiality.  Later on, the Moon opposes Algol, Medusa’s severed head star in Perseus; don’t lose yours somehow.  (Mars opposite Saturn, quincunx Jupiter, Mars conjunct North Node)

Saturday, June 15
Deep emotional reactions to situations and in relationships can help move you to new authenticity of feeling.  The Moon conjunct Antares, Heart of the Scorpion star later in evening US time, triggers more intensity. Genius moves possible.  Later in evening US time, the Moon in opposition to Venus enhances all experiences, especially that of romance.  (Venus sesquiquadrate Pluto, Mercury quintile Uranus)

Sunday, June 16
Father’s DayMoon close to JupiterThoughts may seem dark, but with great purposefulness.  Don’t misunderstand the situation.  The Moon conjunct Jupiter mid-day US time gives Dad luminosity on his special day.  Jupiter in square to Neptune today may add seeming verity to some things which may not be true.  (Mercury opposite Saturn, conjunct North Node)

Tuesday, June 18
There is an urgency in the air, something needs to be done.  Dreams align with reality
(Mercury conjunct Mars, Saturn sextile Neptune, Moon conjunct Saturn)

Friday, June 21
Summer Solstice
Neptune Stationary Retrograde
Daylight is at peak length in the Northern Hemisphere, absolute minimum in the Southern Hemisphere.  Insightfulness and peacefulness can become a new way of life for you.

Saturday, June 22
Passion and daring can move you to the next level.  (Venus biquintile Pluto, Mars biquintile Jupiter)

Monday, June 24
Love and feelings can be powerfully captivating, yet hide/mask a different agenda that is operative.  (Venus square Neptune, Moon enters sidereal Pisces 6:55 am CDT)

Wednesday, June 26
Exciting junctures in relationships can point you to new possibilities, remembering also that each possibility demands an extraordinary level of commitment and work.  Emotions may go to the dark extreme at some point, followed by intriguing new directions.  (Juno sesquiquadrate Jupiter, Moon square Saturn and Pluto, Moon opposite Spica and Arcturus stars)

Thursday, June 27
Great richness of feeling and love is indicated; as if emotions were everything, which they never are.  Openness to new ways of thinking can open new doors of opportunity.  (Venus quincunx Pluto, Moon conjunct Uranus 7:35 pm CDT)

Friday, June 28
Get on point, even if that point is at the center of your being.  Some connections may seem beautiful, but hide less than sterling motivations.  (Sun tridecile Neptune, Juno sesquiquadrate Neptune)

Sunday, June 30
Tension and stress precede significant change.  In the clash of the old and the new, it’s the new that ultimately prevails.  (Saturn tridecile Uranus)