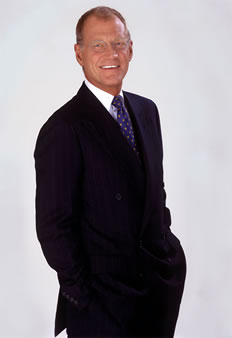 On October 1, 2009, David Letterman surprised his audience and the nation with an admission of having an affair and being the victim of an alleged extortion plot.  He just right out confessed about it and then went on with his show as if nothing happened.

If I take a look at the chart of David Letterman (April 12, 1947, 6 am, Indianapolis, IN, USA; which I believe to be accurate at least to within a minute or so) his chart is sort of a paradox in astrological interpretation both Eastern and Western styles; that is, unless you take certain things into account.  For this article I am using the sidereal zodiac and Vedic intrepretation rules in the main.

One of the few factors that are in his favor is the Sun exalted in Aries in the first house, which is considered an indication of great personal power; and he also has the Moon in the ninth house, which is considered to be a position of increased personal good fortune. Other than that though things start to get murky in the chart of David Letterman:

An astrological indicator of his success and reputation, the tenth house and its ruler Saturn, is strongly debilitated in Cancer, which would indicate difficulties and setbacks on the road to stardom.  An example of setbacks could this could be what transpired in the 1990’s losing out to Jay Leno in taking over the Tonight Show after Johnny Carson left. However Letterman has also had a long and successful career with his TV and production company, you could say he has “cantankerous appeal.”

Click on the chart to the right to enlarge the image of Letterman’s chart.

Another area of trouble in his chart is the ruler of his Aries ascendant, Mars, falling in the twelfth house of hidden affairs, problems from covert enemies, and other losses.  With Mars as a natural malefic in the house of sexual dalliances of his chart, there could have been some trouble with that part of his life; it would also indicate strife from those who would try to betray or embroil him in scandal, which has indeed happened.

Another problem area of his chart would be the Sun itself, being of very low degrees (less than one degree) in Aries, which can make the Sun and Aries energy come out in imbalanced ways such as having obsessive urges, acting in an inappropriately aggressive way with subordinates, and being somewhat standoffish regarding his private life.  “Vices” as such here, then become a point of vulnerability whereby someone can blackmail him.

I have seen similar configurations in the charts of politicians, this basically gives extortion leverage to the powers that be that put them into place. You can get a politician to do your bidding if you threaten to expose their socially dis-favored proclivities.

So as I pulled up his chart, I could see a couple things right away:

First: Pluto (representing corruption and destruction) has moved into partile (within one degree) square to his Mars; click here to see it. With Mars as a highly detrimental element to his chart, it can be a great liability to him when afflicted. Transiting Saturn is also adding to the influence of Pluto right now, aspecting Mars through most of 2010, which means the next year or so may not be a picnic for Letterman.  With Saturn aspecting Mars from the sixth house, one might expect prolonged legal battles and other situations vexing him.

Second: Letterman just went into a Mars Vedic sub-dasa just as this went public; Mars as a powerful negative point in his chart.  In fact if I were to rectify his chart, I would push his birthtime back a minute or two to make it coincide exactly with the on-air revelation.

Letterman has obviously entered an uncomfortable period of his life having to do with alliances and being subject to the ill-wishes of other people. I should say though that the next major dasa influence with starts in August 2011, and that will be a sub dasa of the Sun which looks like it has a mixed good/bad dignity to it in his chart, but I’m tempted to say that it will pull him out of any karmic low tides he may find himself in right now.  This whole scandal could affect his relationship with CBS and other corporate sponsors.

However in a sick kind of way, this could benefit Letterman because notariety good or bad results in more curiosity, higher ratings, increased market share, and better financial leverage for his show.  There are certain yogas (planetary combinations) in his chart which would suggest this, and which are now being activated. Things may seem bad on the surface, but they end up benefiting him.  Maybe he knew this all along?

I find it interesting that on the day that Letterman came out with the admission, the Sun was aspecting Neptune in the sky as I highlighted beforehand in my weekly predictions column.  This makes me think right away that there is more to the situation than what meets the eye since Neptune is the planet of deception.  My immediate thought was that this story seemed to be a little bit too tame for what passes as gossip in the world of celebrities today (but I’m hardly a gossip reader), so could it be a way to distract attention from something even more scandalous going on?

With some of the weakness of the configurations in Letterman’s chart, I sometimes think his success can be attributed to the assistance of interests that we don’t know about.  A lot of people; entertainers and politicians rise to the top not especially because of their talent or leadership ability; but because they are seen to be advantageous only to the powers that be that put them there in the first place.

But all I am attempting to say here is that there is some element of deception (self or otherwise) in Letterman’s chart and in the astrology at the time of the breaking of the story, and that a circumstantial look at the situation makes me wonder if there is more to the story than we are led to believe.