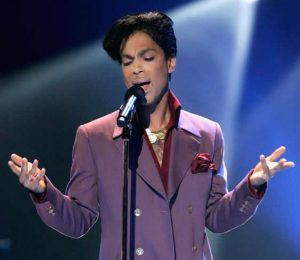 Prince Rogers Nelson, born on June 7, 1958 at 6:17 pm in Minneapolis, MN, using the sidereal zodiac of Vedic astrology, was born with Libra rising and Jupiter and the North Node in the first house.

This article will cover his life, and the second part (to be published shortly) will cover the unique aspects of his death.

Libra rising with Jupiter reflects the successful, flamboyant, and artistic life of Prince.  Libra is concerned with art, tone, color and many other conditions to create certain desired effects, mainly for peace and everybody getting along with each other.

With Prince’s ascendant disposed by Venus in Aries in his chart (Venus rules the ascendant sign), there was an aggressive, passionate and independent emphasis to his intentions; not to mention a pronounced sexuality. 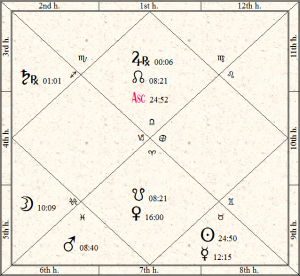 His Jupiter itself, while intrinsically benefic, it’s expression in his life could be somewhat distorted by its low degree position, conjunct the North Node (Rahu, a malefic) and retrograde; which may have put his flamboyance over into ostentatiousness.

Looking at Prince’s chart you need to see the high percentage of connections to fixed stars, which certainly seem to punctuate his worldwide success and acclaim.

Prince’s Jupiter in the first house is conjunct the fixed stars Spica and Arcturus, both of which are considered very benefic (positive) in their effects.

His Sun is also conjunct the fixed star Rigel, which according to Vivian Robson gives the effects of:

His Moon in Aquarius is conjunct the fixed star Formalhaut; and Pluto and his Midheaven are conjunct the Regulus, the Heart of the Lion.  All of these stars convey boldness and success, which Prince clearly had. 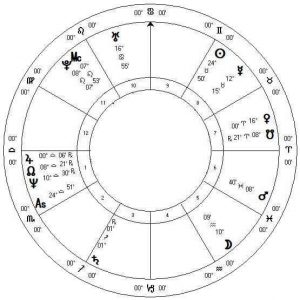 Prince’s Sun and Venus, key planets in his horoscope, both are in the navamsha of Leo, accentuated further the idea that he is the boss, he’s the center of attention, but also of a sort of generosity or nobility of character.

Venus conjunct the South Node (Ketu) further corroborates his unique as well as masterful artistic sense, but may have also indicated his losses and heartbreaks in love. 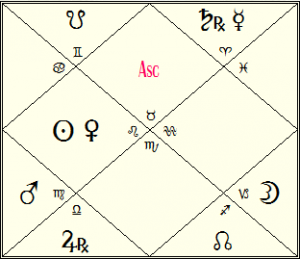 The Moon in Aquarius and Capricorn navamsha disposed by a weak Saturn, which in turn is disposed by an afflicted Jupiter, helps explain his reclusive and somewhat eccentric manner about people.

He had trouble connecting on a personal or emotional level with others.  Yet at the same time he could have a great humanitarian concern for the good of all, which in later life helped him to become religious and living a clean life from the excesses of the music industry.

Jupiter in the first house also identifies him as a philosophical or religious individual, and he liked to do things in big ways, having accrued quite a personal fortune in his career.

Mars in Pisces in the sixth house may have pointed to some health issues that could have brought him down at times, possibly having to do with suppressed anger issues.  Apparently it was hip damage brought on my dancing onstage in high heels, which caused him to become dependent on opiate pain killers, which at the time of this writing in May 2016 seems to have contributed to his death.

His Sun in the sign of Taurus the Bull definitely spoke of his continual hard work at recording and performing his music.  Even though he made and remade himself many times in his career, he always was on a steady path of industrious output.

Prince’s Mars and Saturn being in mutable signs  shared rasi aspect to each other, corroborating his tough demeanor at times, but his ability to endure hard work to the breaking point.  More on this in the second part of this article.

Both Venus and Mars were in close association with his Sun and Moon (in either the second or twelfth house from them) and therefore he had the drive (Mars) to succeed and was an artist (Venus).

The issue of his death; it’s suddenness, some of the potential causes and controversy surrounding it, and the actual ability to see it before hand will be covered in part two of this article, which will be published shortly.  I promise to you it will be very interesting.