WARNING: this article could be “offensive” to readers of various political leanings. 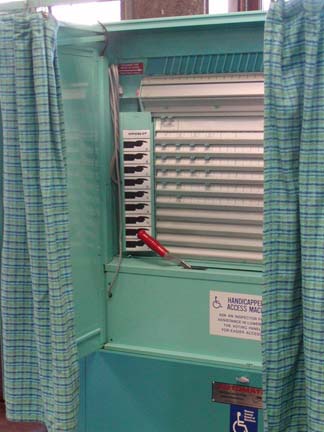 I may sound pretty biased or pessimistic to some readers here, but I really try to be objective and as close to the truth of matters as I am able to get.  The whole elections process is so contrived, so planned, and so scripted to my perception that it is a forgone conclusion that the election has already been decided.  That is, if you pick either McCain or Obama, it is the same corporate/financial interests that manage the whole process who have won….

US Presidential election, true I have been branching out by necessity to other business ventures and I have to pick my crusades, but the bottom line is that I am not convinced that there is a legitimate birthchart available for Barak Obama and I can’t make a proper astrological determination as to who is the “winner”.

In my previous three part series on Obama’s astrology, I commented early on that I could never get a feel for his chart, that intuitive nod that you get when you’re working with a valid chart.  It seemed easy enough for me though that the chart of a non-remarkable senator from Illinois could have an equally non-remarkable chart, but you have to run with something though to see what comes up.  (By the way, as a writer I am an equal opportunity mainstream political iconoclast; I’m as skeptical of a Republican as I am a Democrat.  The traditional two party system in the US is very obsolete.)

Sure enough the Obama official website came out with an “official” birthtime, but it didn’t make much appreciable difference for me to comment on and I was waiting for the other shoe to drop, as it were.  Sure enough Phil Berg has done some research on the true birthplace of Obama and his efforts point to an actual Kenyan birth in Africa, which would invalidate him for the officer Constitutionally since you have to be a natural born citizen to become President. It’s a moot point, when has something like the law gotten in the way of things in Washington, but it kind of voids my previous astrological work on Obama.

Not that it matters, Obama in the last few weeks of the campaign now seems to be ahead in the polls and has all the “blessings” of the media and the corporate/financial world to be a shoe-in for the Oval Office.  McCain could pull off a coup though (assisted by those who count the votes in key areas); but I feel the handwriting is on the wall clear enough already.

McCain’s astrololgy which I beleive to be accurate indicates he has moved into a new level of authority and reputation, but just looking at the man you have to make some adjustments in that prediction.  It seems a life of reckless excess is finally taking its toll on him, the fire in him is nearly extinguished and he would be little more than a mouthpiece for those who put him in place.

If he does pull a “George W. Bush” it might be an open door for Sarah Palin to take over at any point, and she herself seems to have a lot of “dominionist” religious fanatical interests at her side.  She would be therefor an ardent pro-Israel war president, which conveniently falls in line with the neo-con agenda.

I may sound pretty biased or pessimistic to some readers here, but I really try to be objective and as close to the truth of matters as I am able to get.  The whole elections process is so contrived, so planned, and so scripted to my perception that it is a forgone conclusion that the election has already been decided.  That is, if you pick either McCain or Obama, it is the same corporate/financial interests that manage the whole process who have won.

It’s all a big diversion, while it is called a “democracy” it could be more aptly described as a “corporatocrasy” as John Perkins of Confessions of An Economic Hitman has called it; or maybe some kind of an emergent corporatist fascist state; but if you look deep enough the roots of control extend all the way over to British Banking interests.

Real candidates such as Ralph Nader, Dennis Kucinich, Cynthia McKinney, Bob Barr, or a Ron Paul are effectively shut out from the spotlight, and ultimately through the spending of billions of dollars you can create a viable candidate synthetically in the minds of vast numbers of body-toxified, mind-numbed, television-saturated, and morally-rotting people out there.  Create a shimmering savior (a la an Obama, Ronald Reagan, or Hilary Clinton) and the people will run to them.

Diversions from a Republic

To me the virtue of a republic (not a “democracy”) is that it is not just any one “benign dictator” you’re going to elect that is going to make a difference.  A republic to me is really a ground up situation; a government of, by, and for the people that cannot be handed over to a legislative-executive ruling class.  Escapist pastimes (sports, TV, novels, etc.), questionable and vague relationship goals, and the pursuit of fleeting materialistic prestigious trophies are the very means where we forget our priorities and lose the very things we really want: peace, freedom, and truth to liberate our souls.

We don’t need to fight wars; we just need to help people.  In just helping others we take our minds off of ourselves and our imagined plights and we won’t be searching perpetually for that “ultimate fix”, which for many people is more money, relationships, or the latest comfort-inducing widget which already fill our closets.

There is no quick fix, only a letting go of our addictions to pain, suffering, and woe.  When we do that bliss descends, healing occurs, and the love of the universe fills our lives with everything we need.  You just don’t “buy” that; but unfortunately we have to keep buying things for our economy to keep chugging along — or so we’re told.

Highest on the list of things we need to keep buying (us taxpayers, that is) is more battleships, fighter jets, tanks, and tons and tons of munitions.  Hmmm, is it any coincidence that a lot of defense contractors also are in government?  Fascist corporatocracy it is.

I’m getting a tad sappy here but I reserve the right to be sappy on SWN every once in a while.  You have to follow your instincts to get a grip on the future these days.  I don’t think it will be as bad as some people say with the looming recession/depression; but I believe this is just as in 1929 and overdue change is at the door.  Don’t be too attached to your house, car, boat, retirement fund, or job; these things pass away, but what remains is your self, your beating heart, and the day at hand to make the very best with what you have.

You can only do so much, so don’t try to change the whole world.  There is an Unseen Hand at work and it’s necessary to develop faith and trust in it.  In that little sublime interchange a new world is created and time moves on.