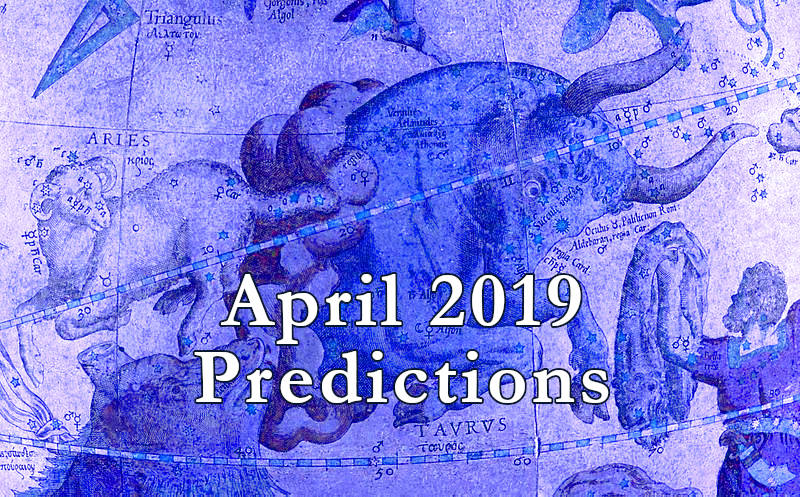 Tuesday, April 9
The Moon and Mars trigger the Aldebaran/Antares axis in the sky, emotional intensity may be acute.  Unusual turns in relationships are possible.  (Venus semisquare Uranus)

Thursday, April 11
Mercury at Greatest Elongation
Ideas pop up, but don’t assume something is true or right, verify, sort out the errors. Discussions are bright, if not superficial. The Moon on fixed star Sirius longitude can add to potential success.  (Mercury square Jupiter)

Friday, April 12
First Quarter Moon
Not a day for whimsy, energy if not willfully directed may trigger all sorts of pathlogical or dysfunctional behaviors or attitudes.  Make things happen. Relationships can fall into purposeful modes.  (Mars sesquiquadrate Pluto, Moon opposite Saturn and Pluto, Venus sextile Saturn)

Monday, April 15
Mars on the Eye of the Bull star, Aldebaran in Taurus, quintile Mercury and the Moon conjunct Regulus (Heart of the Lion star) may give an assertive edge.  Spontaneity and flexibility are favored.  Other moments may give a little wonton carelessness.  (Venus square Jupiter)

Tuesday, April 16
Moon at Perigee
The Moon very close to the Earth now and in opposition to Neptune and Venus can bring about some very beautiful and inspiring emotional and relationship dynamics.  Mercury conjunct fixed star Scheat may coincide with some darker and tragic elements of life emerging.

Thursday, April 18
Venus at Aphelion
Venus today farthest from the Sun (aphelion) can help us to sense the more refined and beautiful aspects of life.  Mercury quintile Saturn helps us at the same time to remain sharp and discerning.  Juno conjunct fixed stars Polaris and Betelgeuse may pull out an intensity in relationships.

Sunday, April 21, Easter Sunday
Moon opp Algol/Alcyone
The religious holiday coinciding with the spring season may be characterized this year by some mental and verbal idiosyncrasy and wiliness. Dysfunctional behaviors may be drawn out.  The Moon opposing Algol and the Pleiades, may also bring out that intensity again.  (Mercury quintile Pluto)

Monday, April 22, Earth Day
Intensity may coincide with anger and frustration while we attempt to get things done.  Relationships may be strained with boundaries and expectations being rubbed against. Physical exertion/application may approach extraordinary levels.  (Moon conjunct fixed star Antares and opposite Mars, Mars biquintile Saturn, Venus quintile Saturn, Sun conjunct Uranus)

Thursday, April 25
As the Moon enters sidereal Capricorn today, it will be in very close conjunction with Saturn and Pluto, possibly making for seriousness and earnestness to a profound degree, maybe sometimes as a reaction to otherwise intimidating or disturbing life situations.  Mercury and Jupiter at tridecile aspect seeks to exalt and uplift perceptions and experiences, offering profitable discussions and opportunities.

Saturday, April 27
Mysterious and unusual developments may challenge your sense of power and confidence.  Don’t retreat into a shell of familiarity-comfortability, go with the flow and discover new and wondrous abilities in the process.  (Mars square Neptune and semisquare Uranus)

Sunday, April 28
Moon at Apogee
Determination and focus may be required, don’t “wimp out” on today’s challenges, which you can bet on were created specifically to make you stronger and resilient.  (Sun tridecile Saturn)

Monday, April 29
Saturn Stationary Retrograde
As Saturn turns retrograde today a seriousness, pessimism or depressive tendency may be drawn out of people and situations, probably elicited by developments.  Pathologies and dysfunctions are given “opportunity”, but nobler and proactive emotional choices are also available, with their subsequent actions.  Sometimes we seem to need misfortunes to bring our best to the fore. Sometimes bluster itself is a dysfunction, so don’t just make dramatic pronouncements; put some muscle behind your mouth.   (Sun sesquiquadrate Jupiter)