I have neglected doing any astrology articles about the 2012 US presidential election.  The race has just not given me any sense of urgency.  The big elections seem to me to be mainly managed and scripted affairs to with two competing political “brands” set against each other, with negligible differences. 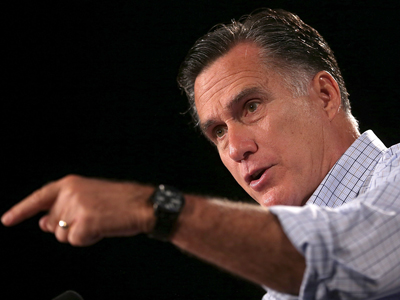 There’s a fast-food franchise analogy that can be employed: Pizza Hut, Taco Bell, and KFC compete in the marketplace for your dollars, but in fact are all three owned by Pepsico, which gets all the profits in the end.  Basically the marketplace creates the illusion of competition, but in fact it’s a monopoly.

The same goes for politics today, there is an appearance of two main sides, but in fact both sides are selected, promoted, and funded by a small group of corporate-banking elites.  When you control the purse strings and media coverage of a candidate, you basically have him under your thumb.  So while it is touted as a “democracy”, the reality of the situation is that it is more of a fascistic oligopoly (the public and private sector controlled by a small group of private interests.)

I don’t find either candidate (incumbent and contender) to act in any way significantly presidential or executive.  In looking at their actions in and out of office, they seem to consistently execute policies that favor that aforementioned elite super-rich class at the expense of the hard working middle class.  Their rhetoric (mainly on the campaign trail) differs along partisan lines, each taking populist views that seem to split politics only into two distinct and opposing camps: liberal and conservative.

I am of the opinion that the race has been kept deliberately close by design, through manipulation of the media and the polls.  This way the election can be easily and credibly “thrown” either way.  It is my opinion also that whoever does win, there will be little net difference in what their respective administrations will bring about as far as looting the wealth of the nation through taxation, deficit spending, onerous regulation, and inflation; bringing war, death, and destruction on other parts of the world in the quest for oil and economic domination of the globe; and the securing of police state through surveillance and more and more federal control over state and local government affairs.

Some may say that I am rather pessimistic about this whole affair; but I assure you I have hope for this and every nation.  It will take an extraordinary effort by a real electorate to bring back true self-governance by the people, there is hope and I take my part in little and big ways to realize it.

I still am not convinced about the legitimacy of the birth information claimed by Barak Obama, there are many unanswered questions regarding his past.  I simply can’t make much comment about his astrology, since I don’t trust his stated birth time or date.

Romney, however, has a chart that seems to be accurate; March 12, 1947, 9:51 am, Detroit, MI. I can readily see correspondences between his life and what his chart reports.

In looking at this chart, there is barely a trace of any planet that is in any astrologically dignified or otherwise savory condition.  This is definitely the chart of a corporate go-getter, ruthlessly picking out companies for leveraged buyouts, putting thousands out of work, and then selling off their assets at a huge profit.

He has the Moon and Jupiter exactly conjunct in sidereal Scorpio, conjunct also Ketu; then he has a debilitated Mars very prominently placed in his chart in Aquarius.  This is the configuration of a calculated aggression, and with three planets in Aquarius there can be a sort of rationalization of doing things for the common good, albeit with devastating consequences.

Romney’s firm (Bain Capital) was able to return to its investors up to 173% on their money, and it was highly shrouded in secrecy and has been connected to dealings in Central America with death squads to El Salvador and Panama, a nation known for being highly corrupt in the drug world.  173% return on an investment is fantastically huge, and therefore it would be no stretch to say that a good deal of those profits could have come through the illegal drug trade.

Having Taurus rising Romney is indeed very materially inclined, and with Taurus’ ruler Venus in the ninth house he has the potential to be very wealthy and powerful, which he indeed is presumably worth up to a quarter of  a billion dollars.

Romney’s Sun debilitated in Aquarius and of very late degrees in the sign, shows the potential for acting deceitfully or in a highly authoritarian manner.  He may have issues of power, feeling very powerless underneath, which he compensates for with extraordinary ambition, doing whatever it takes to make millions including shady deals with thousands of lives at stake, and aspiring to the White House.

Romney’s religiosity is indicated by his Venus as the chart ruler in the ninth house, his Moon-Jupiter conjunction, and Pisces rising in the navamsha chart.  The same could even be said about his navamsha Mars in the twelfth house, however that is also a very potentially underhanded and ruthless Mars, acting under the guise of humanitarianism.

Mars in the tenth house also makes Vedic aspect on his first house, along with Rahu (the Moon’s North Node) there, that can be highly aggressive and driven.

Romney’s debilitated Saturn is somewhat improved by its exaltation in the navamsha chart, however that is not made any more palatable or sympathetic towards others falling in the eighth house of the navamsha chart.

All in all, this is the chart of a very driven man, who could go very, very far in life, certainly in the high leveraged world of big business.  Romney has proven himself well there.  I think though the degree of the malefic position of the planets in his chart may point to areas where he has been highly secretive in his life (such as refusing to release his tax returns), possibly pointing to more unsavory parts of his life.

As I said before, I don’t really have an acceptable chart for Obama, so I can’t comment much on him.  However, Romney indeed has just moved into a very potentially self-advantageous cycle of his life only just recently.

In June of 2012, Romney commenced a ten year Moon dasa.  Romney’s Moon is chiefly benefitted by it’s conjunction natally to Jupiter.  His Moon is in the powerful sign of Scorpio, reinforced by a strong Mars.  This to me looks like a highly advantageous cycle for Romney, possibly coinciding with his front runner status for the Republican presidential candidacy.

At this time Pluto is in exact sextile to his natal Mars, and Jupiter is transiting through his first house closing in upon a conjunction with his natal Uranus; intensely motivated actions and suprising turns of fortune seem to be in store for him.

For this upcoming Moon dasa Romney may be in a very powerful position to execute an aggressive agenda of power consolidation, wealth accumulation for the already rich, and taking war waging to a whole new level.  Some people could say that this may be a powerful position also for making a tremendous positive turnaround for the nation, but that is just too pie in the sky.

The President can only do so much, real economic turns come from the manipulation of currencies and interest rates, which has been the task of the banking sector for a long, long time.  Even though the President has become more and more imperial, he still has to deal with Congress.  Most of Congress is banker-owned already, so the other more negative extreme of possible directions he will take seem much more likely.

So will Romney win?  As much as I could say, he’s neck and neck with Obama in the polls and the electoral situation is pretty much the same.  He certainly would seem to be in a prime position, but Obama and the Democratic machine may pull it off still yet.

The elections may be a formality and a fiction, but we will know in less than 24 hours.