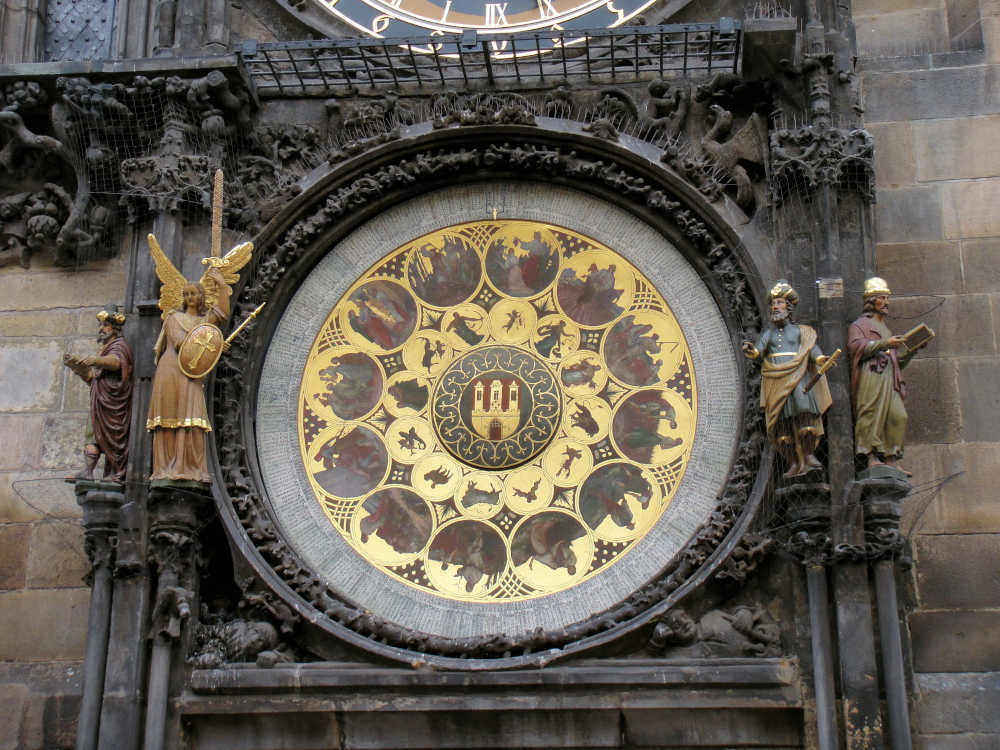 Friday, Oct 1
Mercury conjunct the bright star Spica in Virgo and square Pluto brings sharp ruthlessness in thought, word and deed; which some may use to great effect.

Saturday, Oct 2
Venus at Aphelion
Jupiter enters sidereal Capricorn retrograding back from Aquarius
Romance and relationships highlighted with emphasis on their purposefulness, but also their sometimes magnetic charm; yet, some will not work out.  (Venus sextile Pluto, quintile Saturn and farthest from the Sun, Sun semisquare Venus)

Sunday, Oct 3
Clarity and excitement can bring good fortune.  Discussions and research may yield surprising discoveries. Resist the temptation to exaggerate or promise too much.  (Mercury trine Jupiter)

Monday, Oct 4
Early on, relationships take surprising or shocking turns, if only for a short time.  Appearances can be deceiving.  (Venus opposite Algol star, Moon opposite Neptune)

Tuesday, Oct 5
Disclarity or distortion of perception, ideation or understanding.  Strive to know the whole truth, even when you think you already do.  (Mercury quincunx Neptune)

Thursday, Oct 7
Harsh lessons with relationships and in general. If you have the urge to fight the problem, be sure to address things as true and globally as possible, not simply and ego defense.  (Sun conjunct Mars, Mercury tridecile Saturn, Venus opposite Pleiades stars)

Friday, Oct 8
Moon at Perigee
At some moments today, excitement has the potential to bring significant changes.  (Moon opposite Uranus)

Sunday, Oct 10
Saturn Stationary Direct
The old Titan god Cronos (or Saturn) stands still in the sky.  Dad’s come home from work and we had better done our chores! The little karmic spanking he delivers stings, but it must be for our own good!  Relationships figure prominently in with Venus now also exactly conjunct the South Node (Ketu).  Some relationships are made, some are broken, and some go through difficult and/or strange spaces.  Perseverance is the key to Saturn’s passages over our charts, endure the process.  We don’t always understand it while its happening, but as we make it out of the dark forest or long tunnel, eventually the light shows us everything we need to know.  Sense, integrity then becomes clear and is more a part of us.  The Moon also conjuncts Juno, marking this day as one of true encounters.

Wednesday, Oct 13
First Quarter Moon
Letting go of the “why” questions can help make difficult days less difficult, just be with it and flow where it goes. Relationships can gain some stability, and possibly become a good refuge for dealing with personal crises. (Venus sextile Saturn, Mars tridecile Saturn, Sun quincunx Neptune)

Thursday, Oct 14
Navratri Ends
Dusenhra
Early on the conjunction of the Moon and Saturn can create solemn and earnest moments.

Sunday, Oct 17
Powerful application of the will, be sure to be conscientiously aligned.  Sometimes in order for good to come, the bad must first come out. Relationship dysfunctions. (Sun square Pluto conjunct Spica/Arcturus stars, Juno square Neptune)

Wednesday, Oct 20
Mercury at Perihelion
Full Moon
Acuity thought and action, seize the vital issues of the day.  Relationships moves through challenging spaces, be forgiving and compassionate to yourself as well as everyone else.  Mercury is closest to the Sun today. (Juno semisquare Saturn)

Thursday, Oct 21
Orionid Meteor Shower
Suffer no fools, nor foolish egotistical posturing/grasping (of your own).  Just get it done.  Be careful of accidents and other mishaps or differences.  Doors open with relationships.  (Mars square Pluto, Juno sextile Jupiter)

Friday, Oct 22
Mars on Arcturus and Moon on Algol stars today portend intensity and some eventualities that may not be for the faint of heart.

Saturday, Oct 23
Later in the day the Moon aspects the Antares/Aldebaran axis, giving moments of penetrating brilliance in thought and achievement.

Monday, Oct 25
Mercury at Greatest Elongation
Strange or unpleasant turns of affairs, energetic or ethical fails, but for some may venture to open their hearts to the plights of others.  Inspiration and enlightenment. New and stimulating connections.  Mercury now is greatest distance from the Sun in the sky. (Mars biquintile Neptune, Venus biquintile Uranus)

Tuesday, Oct 26
If it seems to be too good to be true, learn to trust your instincts where your mind is likely to be fooled.  (Venus square Neptune)

Wednesday, Oct 27
Fortune favors the bold, as it is said.  Reality is what you can make it to be. Nevertheless, overconfidence is no substitute for preparation. Later on, powerful situations with others which can be conscientiously utilized. (Sun tridecile Jupiter)

Thursday, Oct 28
Last Quarter Moon
Disappointments temper our expectations and can open our hearts to the sufferings of others.  (Venus semisquare Saturn, Sun sesquiquadrate Neptune, Moon opposite Saturn)

Friday, Oct 29
Venus at Greatest Elongation
Friendly but reserved spaces between people.  In some situations deep respect and love is potential.  (Venus greatest distance from Sun in the sky, Mercury tridecile Saturn)