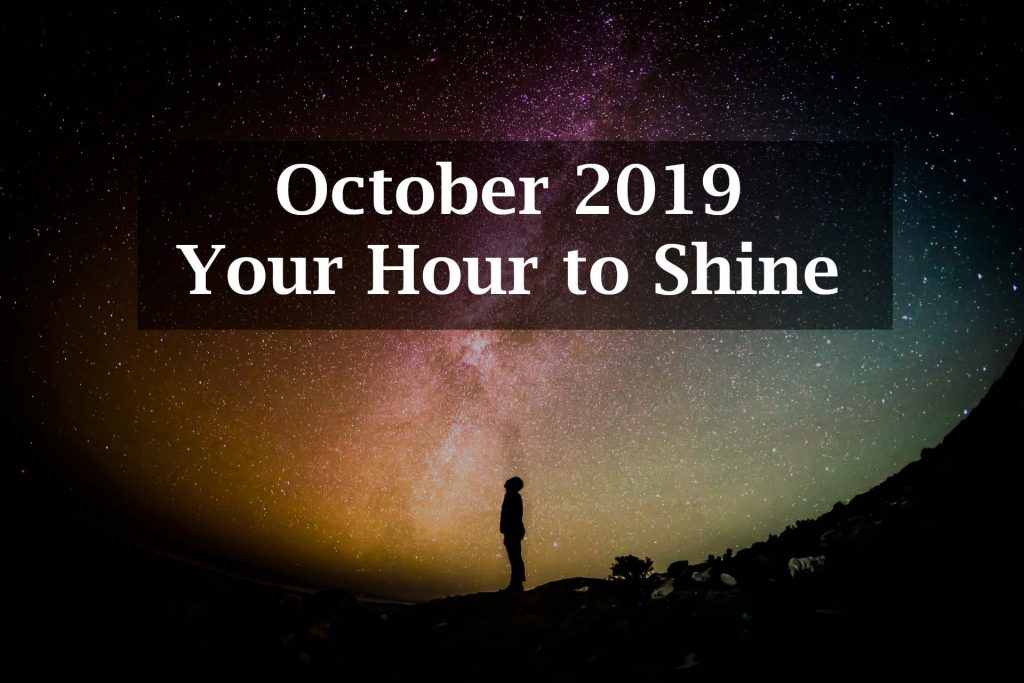 October in the Northern Hemisphere the light is more noticeably absent, especially so as Daylight Savings Time ends on November 3.  Of course, for the SWN readers in the Southern Hemisphere or closer to the Equator, you enjoy increasing or sustained light levels.

Living on this sphere there is obviously a zero-sum game with the allotment of sunlight, what is lost in one end is compensated for by the other.  One side holds the greater “balance” of the light, while the other endures the lack thereof; one side “cheering the other side on” while they go through their trials of darkness and coldness, both metaphorically and literally.

Of course, if the Earth was a sun itself, there would be no oscillation, no variance; there would be an ever-present sustainment of the light at maximum intensity for those who walk anywhere on the surface.  I won’t even go into the hollow earth theory here, but allegedly those who live “under the ground” enjoy a perpetually shining Sun over their heads, never waning or receding, at the very center of the Earth.

October 3 through 8 looks to be the most intense, as indicated astrologically.  Pluto turns stationary direct and Mars biquintiles Uranus on the third with the Moon conjunct Jupiter and square Neptune, and then it is topped off by Venus exactly conjunct Spica, the benefic star that symbolizes the “spike” of grain in the hands of the Virgo figure called Astraea from Greek myths.

All of that occurs on Thursday, Oct 3; and then four days later the Sun squares Saturn and Mars trideciles Pluto the next day.  The first part is an interesting mix of the “good” and the “bad”; but it’s my opinion that the good part will only register for those whose vibrations are high enough to appreciate it; the others may be only staring to learn to become sensitive to such things.

The impact of Pluto stations are nearly always palpable, sometimes we seem to need visceral experiences, not just mental awareness, but gut level feeling-knowing, which seem to go beyond words.  Actions and eventualities accompany transits like this, but usually it is some kind of breakdown of corrupted elements or things at their life’s end.

The aspects of the Sun, Saturn, Mars and Pluto a couple days later would seem to invariably connect with the astrology of the previous day, making a completing phase with some very strong and intense notes.  Don’t go running for cover, this is your hour to shine perhaps when others are recoiling.

There is a similar pattern over Oct 27 as Mars squares Saturn with accompanying transits, and Jupiter enters sidereal (Raman ayanamsha) Sagittarius the next day on the 28th.  At that time also, Mercury will have slowed to virtual stop and actually stopping on the 31st for a retrograde station.  Things go deeper and perhaps more deliberately for a time; but Jupiter also will be sending bursts of enthusiasm and the thrill of victory, as it were, as we round the corner into a new decade.

Wherever you have Sagittarius in your Vedic chart you’ll be experiencing some wind at your back and some opportunities that will broaden and enlighten you.  Don’t try to pin the lightning-bolt-hurler Zeus-Jupiter into materialistic boxes, the transit is more about spirituality and magic than winning at the “rat race”.

Tuesday, Oct 1
Relationships enter the world of fantasy and unreality, the stuff of tragedies.  (Juno opposite Neptune)

Wednesday, Oct 2
Rapturous feelings and framing to situations, perhaps giving some escape from the harsher “realities” that seem to rule on Earth.  Early on the Moon connecting up with the Pleiades and Algol give added intensity, possibly shock and horror.  (Venus biquintile Neptune)

Friday, Oct 11
Relationships and love highlighted early on.  Saturn lined up with Sirius in Canis Major (the Dog star) gives weight to prominent people and positions.  (Moon opposite Juno)

Wednesday, Oct 16
Today the Moon moves over Algol and the Pleiades, which may bring out intensity as well as some human cruelty.

Friday, Oct 18
Dreaminess, but don’t get lost in reverie.  In helping others you can help yourself.  (Moon opposite Jupiter, square Neptune, Venus conjunct Alphecca star, Mercury conjunct Zuben El star)

Sunday, Oct 20
Mercury at Greatest Elongation
The Moon opposite Saturn and Pluto today may bring an hour of sober realization and subsequent commitment.  Mercury at greatest elongation, and Jupiter and Venus on Bellatrix and Menkar stars respectively as well as the Moon on Sirius give special insights and “blessing” on developments.

Wednesday, Oct 23
The Moon on the Heart of the Lion star Regulus gives audacity and courage.

Saturday, Oct 26
Moon at Perigee
Challenging problem-solving situations manifest.  The sharp sting of rebuke is the price of humility. The Moon is closest to the Earth today.  (Sun quintile Saturn, Moon conjunct Mars and square Saturn)

Sunday, Oct 27
You can’t so you must.  The greatest of monsters that we deal with are those that live in the depths of our mind.  Relationships tested.  Potential breakout.  (Mercury conjunct Algol star, Mars square Saturn, Juno tridecile Saturn)