For February there are two significant Jupiter events.  With Jupiter you can look forward to a flood of exciting adventurous and profitable ideas, and great spiritual/philosophical/religious zeal, which if attenuated may bring about “miracles”. 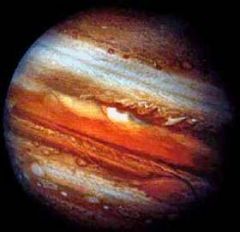 First we have Jupiter turning stationary on Feb 6, for an approximately four month foray back into sidereal Virgo.  So a few days before and after Feb 6, could have significant Jovian leanings: risk-taking, hyperbolic assertiveness, and grandiosity.

Then on February 18 Jupiter reaches aphelion, that is, furthest from the Sun, which may bring a repeat of the aforementioned qualities.

It would be nice if Jupiter’s effects were longer lasting and deeper in our lives.  In practice I find Jupiter transiting effects are fleeting, lasting only a few days at most.  Hopefully Jupiter provides the spark of inspiration that sets the industrious to work.  The industrious more readily ruled by Saturn.

As Thomas Edison himself said, “Genius is one percent inspiration, ninety-nine percent perspiration.”

There are actually a number of perihelions and aphelions this month, which you’ll see in the day by day section below. 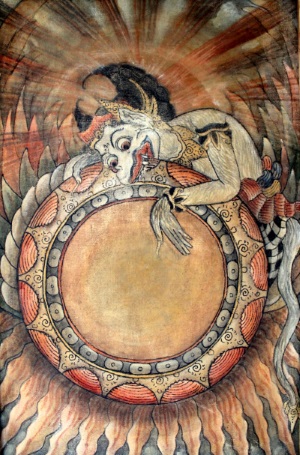 As the Sun and Moon come into direct conjunction and opposition to the Nodes, we also have the periodic solar and lunar eclipses once again.  The Nodes are not actual planets, but mathematical abstractions.  To me they don’t embody archetypal energies, such as Mercury is the messenger, the Sun is the ruler, Mars in the warrior, and so on.

The Nodes are more like representations of an energy of a spiritual/karmic sort.  In Hindu astrology the Nodes are Rahu and Ketu, asuras, or “spirits/demons” that are uncontrollable and dangerous, much like the spiritual kundalini fire resident in each of us.

Therefore eclipses connect up the Sun and Moon, archetypal planets in astrology for sure, to our own spiritual energies.  Put them all together and words destiny, fate, and karma come to mind.  Eclipses coincide (along with other astrology indicators) with turns in life-direction.

Eclipses happen in pairs on a regular basis though, every six months or so.  So eclipses are actually a common phenomenon.

Thursday, Feb 2
Ideas and discussions may be excited, but details may be fuzzy or overly-biased, and not necessarily assuring success.  (Mercury square Jupiter)

Monday, Feb 6, Jupiter Stationary Retrograde, Moon Perigee 2:02 pm GMT
Enthusiasm and ideas are powerful.  Not so much the details of the ideas, but the bigger picture, which can be as prejudiced, biased, or glib as it may.  Anything may seem possible, in a reckless sort of way, as some will prefer a “magical” sort of solution to things, which is not assured to come true.

Tuesday, Feb 7, Mercury aphelion
Mercury will be furthest from the Sun in its whole orbital cycle.  The mind may experience a profound quickening.

Thursday, Feb 9
Finding your purpose, implementing it with ease is possible.  Unique interactions and collaborations are indicated.  (Sun sextile Uranus)

Friday, Feb 10, Lunar Eclipse (Penumbral) 6:32 pm CST (Full Moon)
The Moon may take on a strange reddish glow in the sky, which to ancient eyes was certainly a bad omen.  Today we recognize it as a uniquely tight line-up of the Earth, Moon and Sun, which can point to pivotal life turns.  Energies and situations may seem strange, some form of disorientation is possible.  This penumbral lunar eclipse will have only a slight darkening of the Moon’s surface, as it will not be blotted out by the Earth, but only it’s shadow.

Saturday, Feb 11, Moon at North Node 7:49 pm GMT
Confidence and audacity is high.  Many things seeming possible now may lead to bold pronouncements and intentions put forward, all of which is not necessarily guaranteed of success, despite all the emotions behind it.  (Sun trine Jupiter)

Monday, Feb 13
Guarded and methodical progress is assured as you press onward.  Innovative and potentially game-changing ideas and initiatives are indicated to.  Discussions may be spirited.  (Sun sextile Saturn, Mercury quintile Uranus)

Wednesday, Feb 15
Getting to your goals/objectives today may be challenging, but you may find great strengths internally in the process.  See obstacles and difficulties as rewarding opportunities.  Be careful of accidents, injuries, and conflicts.  (Mars tridecile Saturn)

Saturday, Feb 18, Moon Last Quarter, Jupiter Aphelion
Jupiter is at its farthest from the Sun in its orbital period, which is approximately 12 of our years.  Ideas, philosophy and religious issues may be strong in discussions, as would a feeling of reckless adventurousness, which has some possibility of leading to fortune.

Monday, Feb 20, Venus Perihelion
Venus is closest to the Sun today during its whole Venusian year, which is every 225 days.  We may notice an increased charm and emotionality.  Otherwise aggression and drive will be strong; accidents, injuries and conflicts more likely.  Communicating ideas and connecting to those who have the broader view is possible.  (Sun semisquare Mars, Mercury sextile Uranus)

Saturday, Feb 25
The Sun touches off Jupiter and Uranus (which oppose each other on March 2 and Sept 27 of this year), producing possibly startling, but exciting life-developments.  (Sun semisquare Uranus, Sun sesquiquadrate Jupiter)

Monday, Feb 27
Reckless impetuosity may get the dust moving, but without direction or practicality nothing significant may result.  Connections and meetings over intellectual and communicative issues are indicated.  Fateful realizations and messages.   Mars crosses the sidereal Aries point, which may indicate new cycles commencing.  (Mars opposite Jupiter, Mercury conjunct South Node)