We have a very interesting two weeks in April.  First we have Pluto turning retrograde on Monday, April 15; followed closely by a total eclipse of the Moon, and then we have a very tight line up of Mars, Jupiter, Uranus, and Pluto forming a grand square on April 20-23, which I have already spoken of in this article.

The eclipse is a rare ‘tetrad’ of four consecutive total lunar eclipses, where the Moon turns a “blood” red in the night sky. This article has more info.

These configurations are definitely food for the “doomers” out there.  It definitely is something to consider, but in honesty it all doesn’t rate very high on my astrological crisis rating.

Yes the markets are overblown, there is more than enough unrest in hot spots around the world, and the chains of economic slavery are getting heavier and heavier for all; but I’ve seen this kind of planetary line up before, and it never quite fulfills the worst of our expectations.

We do get an intensification of emotions and their attendant energetics on human life and evolution; but it all seems subtler and more potentially meaningful than what the doom-mongers (who definitely get the attention from the media) would have us believe.

It’s time for a change, and if you feel the winds of change blowing your somewhere, maybe you best set your sail.  Expect a little stirring up of things, and some raw emotions coming out.  The seismic shift may be occurring in the psyche rather than when you walk outside. 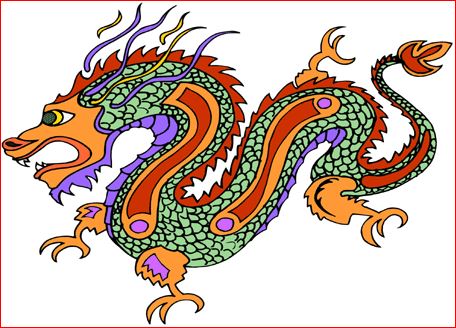 Pluto turns retrograde on Monday, April 14.  Every once in a while the dragon guarding the egg deep inside of the labyrinths of your subconscious might shake his head.  However it’s probably not time for the dragon to arise in your world and lay waste to your civilized facade, just like in those old Japanese Godzilla movies (although there is a new Godzilla moving coming out soon, which might be interesting.)

You can however learn your dragon-taming skills from a qualified yogi, spiritual teacher, martial arts instructor in the days to come, learning how to tame, control and properly ride this frightful force and channel its energies for the greater good of all.

Monday, April 14, Pluto Stationary Direct
With Pluto turning retrograde today, your foundations may feel like they are rocking at times; and that forces lying sleeping deep inside of you are waking.  Relationships may struggle today, and the mind might be a little crazed or over-stimulated; all of which should make a very interesting day.  Tomorrow’s total lunar eclipse may create disorientation, pushing you into another space completely.  (Mercury square Jupiter, Mercury square Pluto, Mercury conjunct Uranus, Venus tridecile Saturn)

Tuesday, April 15, Total Lunar Eclipse
Emotions, love and relationship may go through developmental turns, and the lunar eclipse from earlier in the day may serve to cast the day in an unusual light.  (Sun semisquare Venus, Venus biquintile Mars)

Wednesday, April 16
Tension and anxieties may be brought out, emotions may run ragged and relationships may suffer.  However the erudite among us may quickly realize that stress is a state that is designed to promote quick solutions to long running problems.  As they say, the things that we fear/avoid most are the very things we should focus on, so that we may benefit greatly from what lies on the other side of “stress.”  (Mercury opposite Mars, Mercury biquintile Saturn)

More dates to be added.