Astrology September 2015: The Shadow of A Looming Alien Body

Astrology September 2015 is a rather amazing set of occurrences in the skies above us with many implication for relationships, psychological and spiritual issues, our political affairs and just how we will deal with ourselves and others on our individual life plans.  This could be a pivotal month for you.  Mercury goes retrograde on the 17th of this month, and then Pluto and Venus also make stations this month (Sept 6 and 25.)

Like they say, two is pair, three is a crowd. 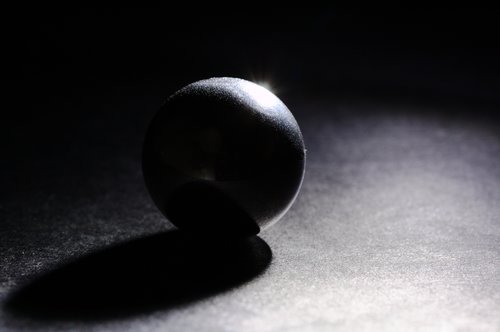 Although Venus and Mars will be making quite a pair this month as they will be conjunct on Sept 1 and Venus will be quite slow as it will be shifting direction a few days later. Both of which should make some interesting relationship, emotional, and motivational dynamics early on this month.

Venus is rajasic (passion, energy, and movement) in nature, while Mars is tamasic (lethargy, darkness, and ignorance.) Venus is captivated by sensation and feelings of excitement, while Mars is prone to obsessions, smoldering fits of energy and violence. They don’t exactly cancel each other out, but they do produce a heady cocktail of emotions and situations that are hard to get past.  Read more about sattva, rajas, and tamas.

Venus is in fact moving retrograde over the same degree as Mars, which can have a somewhat regressive, delayed, or burdened effect to it; adding another layer of complexity to the configuration. We cling to lesser types of energy because we can’t take the higher version of things, the heady pure states of energy or emotion. If we were not so slowed down in vibration because of immurement in worldly situations, feelings, and social molds; we would be free to soar under the influence of the planets. Instead we lock horns in our dysfunctions, thinking perhaps we are having fun, experiencing love, or getting fulfillment.

The truth is far worse than the fantasy.

The truth comes out only later, “after the honeymoon” and the real dynamics set in. Relationships can crash and burn so quickly, once the mask is torn away. No more mask, it’s the mirror revealing a not so pretty sight. And it is so clichéd, but so true that we can’t love other people if we don’t first love ourselves. Speaking of pairs, there will also be a pair of eclipses this month, solar and lunar, on Sept 12 and 27th respectively.

Basically the Sun and Moon come into close proximity to the lunar nodal axis. The Sun, Earth, and Moon line up so closely that one will block out the other and an unseemly sort of shadow moves across the face of the other. Carl Jung speaks of the shadow, as the unconscious, not owned by the conscious mind but still a part of us. A shadow is the absence of light, brought about by some looming alien body. We can think of our returning karma as a looming body, full of impact and force, returning to its origin point; the shadow is the loss of hope we feel as the gravity of this object-body exerts on us.

Because there is such a tight line up of the Sun, Moon, and the Earth on eclipses, there is almost always some kind of “havoc” that is wrought on our nervous systems; there is a slight feeling of disorientation and some level of affairs going awry because everybody is a little bit “off.” Dates are Sept 13 and 27, 2015. Finally that other astrological point that signifies the shadow, Pluto, will also be turning direct on Sept 25.

There a lot of planets switching directions this month. It takes a lot of energy to reverse course, so their energies will be strongly manifesting themselves. Look to Sept 6, 17, and 25 in the following section for more details.

This month we also have the exact opposition of Jupiter to Neptune from sidereal Virgo to Pisces.  These are two very large planets that have to do with hopes, dreams, and the things that motivate our souls.  Jupiter is more ambitious, while Neptune is more subtle about it all.  Oppositions create situations where one planet is facing the other, setting up a situation for a dualism and mirroring.  One has to try out his thoughts and ideals by seeing them in other people and situations, and seeing how things proceed and turn out; getting proof instead of supposition.  They always say that the proof is in the pudding.

So I’m thinking now we have larger than life figures on the media stage, such as with politics, celebrities, or spiritual teachers, offering us salvation through their ideologies, their confidence, and their ability to work “magic” on our lives, promising us the world.  We project our highest hopes and aspirations of the future on them, they respond and we feel and electricity that could change the world.  Well, at least we have to try it out. Hopefully, hopefully we’ll get wiser in the process.  September with Jupiter opposed Neptune may be filled with grand promises and lots of good feelings.  A la Donald Trump, Bernie Sanders, and Hillary Clinton.

Tuesday, Sept 1 Early on, relationship dynamics intensify. Actions can be infused with great emotion. (Venus conjunct Mars) Wednesday, Sept 2 Excitement and energy may feel overwhelming. Unexpected new directions and developments may present themselves, if only just to shake you out of your old habits. Creativity, spirituality and the intellect are poised for intuitive leaps. (Jupiter sesquiquadrate Uranus)

Saturday, Sept 5 Personal power may seem subtle and formidable, needing conscience to guide it. Very interesting and unusual developments are indicated, and not necessarily for anyone’s good. (Sun trine Pluto)

Sunday, Sept 6, Venus Stationary Direct Feelings and connections are emphasized, the sense of beauty can be thrilling. Unusual or unexpected developments are possible (and with relationships). Being open to new situations can be beneficial today. (Sun biquintile Uranus)

Monday, Sept 7, Memorial Day Not a day for subtlety. Make things happen. Don’t sacrifice ethics for expediency. The atmosphere may seem crazy, but just because others can’t handle sudden, deep subconscious energies coming out doesn’t mean it will derail you to.   (Mars biquintile Pluto)

Tuesday, Sept 8 Energy and enthusiasm may unexpectedly take hold, adding to the excitement of the day. Very innovative concepts can be initiated. (Mars trine Uranus)

Wednesday, Sept 9 Obsessive and compulsive tendencies are brought out. Attention and where the mind may go is unduly influenced by subconscious influences. Breakdown of mental stability. (Mercury square Pluto)

Thursday, Sept 10 Hard work and determination are accented, cutting corners to get to the quick. Getting things accomplished may feel challenging, but this is a crucial time. (Sun quintile Saturn)

Friday, Sept 11 Facts and figures may have predispositions and bias skewing their correct apprehension. However creativity and a feeling of peace or “bliss” overall may be highlighted, but which may help create a sense well-being that does not elicit progress. Artistic and spiritual sensitivities are enhanced. (Mercury biquintile Neptune)

Saturday, Sept 12 Reality may seem harsher than necessary, facts a little too heavy to bear. Getting the message across may be challenging, communication disruptions or blockages. Discontent may blemish otherwise cordial settings. (Mercury semisquare Saturn, Sun quincunx Uranus)

Sunday, Sept 13, Solar Eclipse The Moon literally eclipses the light of the Sun in the sky, for some people anyway. Decreased light of day may bring out some unusual or mysterious things not actively seen in normal light. Things may not go entirely according to plan (if you have plans, that is) because there’s a “periodic software upgrade” going on with our more ethereal bodies. Mars moves into sidereal Leo, personal expression may get a little more spirited for the next 45 days or so.

Tuesday, Sept 15 The Sun shifts into sidereal Virgo, a more practical tone may be felt over the next 30 or so days.

Thursday, Sept 17, Mercury Stationary Retrograde Perceptions and hopes are highly emphasized, what we choose to see becomes our reality; but is it really reality? Stalwart individuals though can open up to a higher reality, align with it and help it to prevail in our little Earth plane. Striving for clarity and honesty is the task now, because what follows stems from those two things. Mercury shifts backwards for three weeks, perceptions may require extra diligence, there is a tendency to be more error prone. (Jupiter opposite Neptune)

Friday, Sept 18 Things may get up-ended, but it’s all for the good, it would have happened anyway. Letting go may be a particularly scary, but remarkably effective thing to do. Be careful biting off more than you can chew. Say goodbye to the old, begin letting the new in. (Sun tridecile Pluto)

Monday, Sept 21 Not really a day for pleasantries, more for tackling intimidating situations, maybe getting a little dirty or sweaty in the process. Don’t let mean people have their way with you. Be prepared for any kind of unusual, mysterious, or unnerving situation. Be careful of accidents or injuries. (Mercury semisquare Saturn, Mars sesquiquadrate Pluto)

Thursday, Sept 24 Get ready for a rather intense two days. Pathological reactions and behaviors may be brought out; obsessions, neuroses, and compulsions pushed to the surface through people, situations and developments. Strive to act conscientiously. (Mercury square Pluto)

Friday, Sept 25, Pluto Stationary Direct God of the underworld reasserts his “normal” course. Action struggles with time, railing against Time’s inexorable rule over all. But as Action reconciles himself with Time, a grand empowerment is bestowed. Momentous day, monuments could be built in honor of this day. Titanic energies coming up out of the subconscious, not easily tamed, in reaction or incitement of events of the day. All stress points, vulnerabilities may be tested; be careful of bones, joints, muscles, and any type of situation of potential accident, threat or danger. For an unlucky few it may be bad indeed, but for most the challenges will be internal. (Mars square Saturn)

Sunday, Sept 27, Lunar Eclipse It’s the Moon’s turn to get the “light turned down” treatment, or turning an ominous red for a little while. The Moon represents the lesser light, reflected solar light, representing our minds as a reflector of our higher minds. Lights out means the darker things can more easily emerge from the corners and play with our lives. Think of it like a time of mental purgation, scraping out the cobwebs, taking out the old, dusty boxes with forgotten stuff from our past. Things might go a little awry during this time as they are wont to do; but let the new upgrade download into your mind. It’s a new cycle.

Tuesday, Sept 29 Cordiality and superficiality may be a strong tone of the day, but a deeper rich creativity may be discovered. (Mercury semisquare Venus, Mercury quincunx Neptune)

Wednesday, Sept 30 Unusual perceptions and intellectual processes may characterize the day. Be careful of codependent, self-deceitful or maliciously dishonest tendencies in yourself or others. (Sun conjunct Mercury and quincunx Neptune)