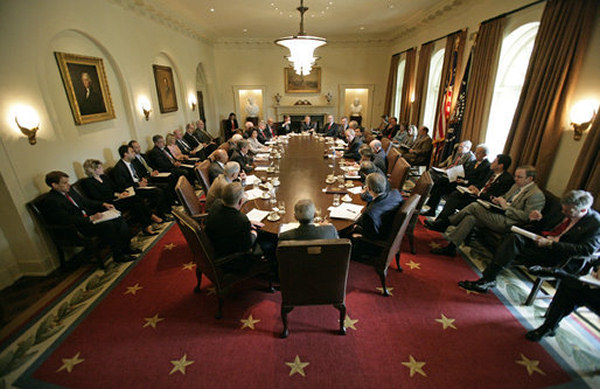 The last two charts (Inauguration 2001 and 2005) have got to be the worst in the last 30 or so years, especially in regard to crisis, strong proactive measures, and emotional shocks.

I want to say on the outset that this new administration chart look fairly good, and that buoyed me up for some time. Upon deeper analysis though, some of the great things promised in it tend to….

I’ve wanted to write about this chart for a long time now for this astrological predictions election 2008 series, and I had high hopes for the next president because of it. Over the last eight or so years I have taken a pretty detailed look at all of the charts of the various administration, and they have been pretty accurate.

These are the charts that occur at the moment of the swearing in of the President at noon on January 20 every four years, and they are probably the most reliable indicator of what a presidential adminstation will bring. The last two charts (Inauguration 2001 and 2005) have got to be the worst in the last 30 or so years, especially in regard to crisis, strong proactive measures, and emotional shocks. So I’m confident that this chart will be accurate for the next four years, regardless of the actual winner.

Of course, when the results come in we can see how it stacks up with the candidate himself (no guarantees with Obama though with his every elusive true birthtime).

I want to say on the outset that this new administration chart look fairly good, and that buoyed me up for some time. Upon deeper analysis though, some of the great things promised in it tend to fall short or are just too weak to deliver on their potential benefits. In my experience, weak or debilitated factors in a chart indicate areas of character deficiency or excess, which usually manifests as various pathological behaviors on the part of the person in question.

The nice thing about this chart is that there are two beneficial planets in the most elevated and prominent house of the chart, the tenth: the Sun and Jupiter. In this chart, the Sun is ruler of the fifth house, the house of illumined advice (a “dharma” house having to do with good karma from the past). Having the ruler of the fifth house so elevated and prominent is considered rajayoga (“king making”) and is one of the best placements for any planet. 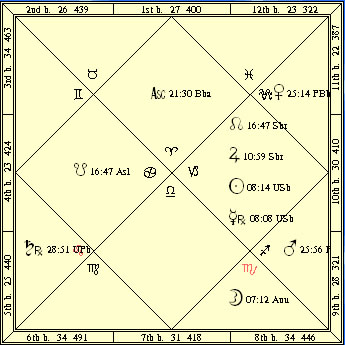 The Sun is also conjunct Jupiter, which is good in itself; but Jupiter is also the ruler of the other dharma house, the ninth. Jupiter itself forms another rajayoga configuration by its placement in the tenth house.

Further, the ruler of the tenth house, Saturn, is itself very well placed in the fifth house; and that is yet another rajayoga chart configuration. The rulers of both the fifth and tenth house are in mutual receptions (parivartana yoga), in the signs of each other’s rulership, which is considered an added benefit to a planets condition.

There is yet another rajayoga configuration with the ruler of the ascendant of this chart, being in the ninth house itself. And this puts also the rulers of the ascendant and the tenth house in trine to each other. These are all very positive and highly dignified astrological chart details, and could be found in the charts of enlightened, prosperous, and spiritual people or entities.

So far, so good it appears. Maybe there is “hope for change” like Obama’s signs say. Let’s look a little deeper on those “good” things.

So if I look closer at the ruler of the tenth house, Saturn, all these glittering positives start to fade. Saturn is in the sign of its debilitation and retrograde, even though it is in

a very good house, the house of being an honored teacher or advisor, the fifth.

If the planetary ruler of a particular house is weak or afflicted, the expression of said house is going to be equally weak or afflicted. Saturn is also very late in the sign at 28+ degrees, considered a “dead” region of any sign. Since Saturn is foundational to the success of all the other chart factors, its afflictions are going to severely curtail or abort the other positive portents of the chart that rest upon it.

In English this means that in matter of reputation, honors and achievements; the next administration may have some problems earning them, or its reputation could be of a negative sort. 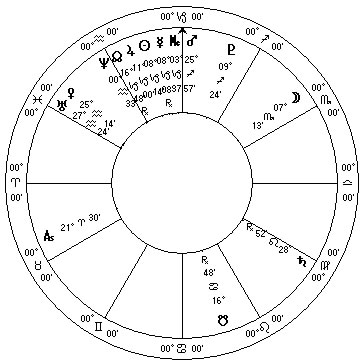 Mars, as the ruler of the Ascendant is well placed in the ninth house, but is itself very late in the sign at 25+ degrees of Sagittarius. Mar’s dispositor Jupiter (ruling Sagittarius) is okay by itself at 10+ degrees but it is rather close to the Sun (combust, or it’s radiance washed out in the overpowering brightness of the Sun) and the North Node, a particularly malefic influence; and further, it is disposed by the aforementioned debilitated Saturn.

The fourth house of this chart, indicating how this administration feels about itself, is afflicted by having the South Node (Ketu) there, and the ruler of the fourth house, the Moon, is in the sign of its fall in Scorpio in the eighth house. So how this next administration feels about itself and how it treats it’s domestic constituents probably is not being to be very kind or gentle; and there could be a quite subversive policy in regards to the homeland in general.

If I look at the Moon, there is a debilitated Saturn in the tenth house from it, which would another strike against the success and reputation of Obama/McCain’s administration. There are also four planets in Capricorn in the third house from the Moon, and that would point to a very aggressive and adventurous executive prerogative; which is usually not a good thing. Too much power in the hands of bureaucrats, Obama’s gang of Russophobes, or McCain brand of neo-cons won’t be a “nice” thing. 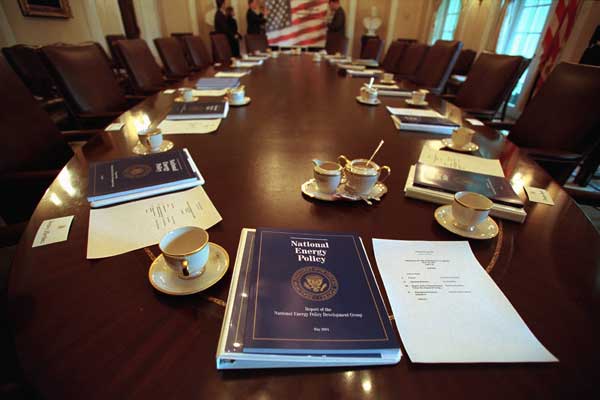 None of the planets in this chart in Capricorn (the most populated sign in this chart) are innately friendly to that sign; and this would point to a potential debased manifestation of the executive function of this chart.

So in summation it looks like there is some real potential for enlightened rule from this administration, but that possibility turns out to be very foundationally weak and could cause it to come out actually in a more unbalanced and problematical manner. The weight of other more aggressive and corrupt tendencies of this chart tend to overshadow the positives and would seem to be the operative theme of the next administration.

Maybe one way you oculd sum this chart up is of an administration that is progressive, enlightened, and favored by fortune as it’s facade, but on the back end you experience its colder, aggressive, and grim results. Presiding over an economy that is on the brink of depression, a world situation getting hotter, and the overall unravelling of society probably is not going to be a picnic for anyone.