April 2017 Predictions: Mars at the Pleiades

Many Retrogrades, Jupiter at Opposition, Malefics at the Pleiades 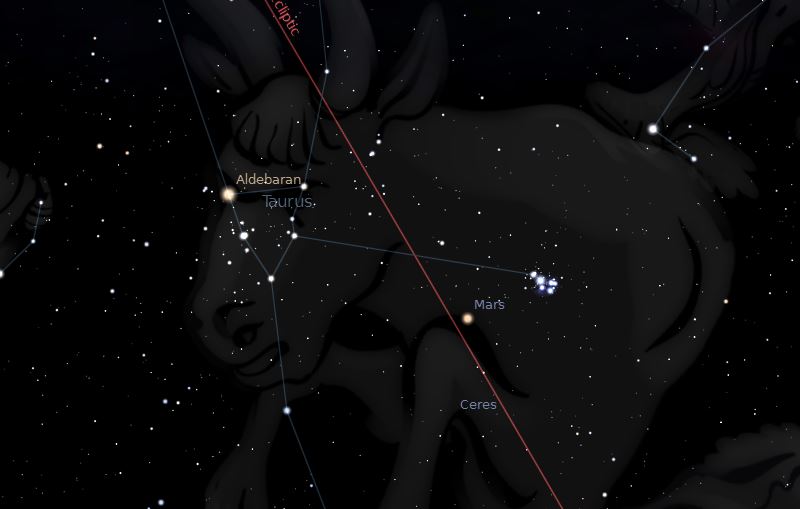 April 2017 has a lot of stationary planets.

There are generally two types of motion of planets as they are seen in the skies: direct, or retrograde.

Now back in ancient days, before western man realized that the Earth was not the center of the universe, it was thought that the planets actually stopped in the sky and moved backwards.  After all, it seemed obvious enough, right?

I should interject that the Vedic culture (where my brand of astrology comes from) always had the heliocentric model of the solar system.

But in truth, no planets actually move backwards.  They take on the appearance of doing so, sort of like when two cars turn a corner at the same speed, but the one on the inside seems to overtake the one driving in the outer lane, but it is really a matter of distance and perspective.

Traditionally retrogrades in astrology are afflictions on the planets. Mercury retrograde especially is considered not a good time to initiate new endeavors, as the results are more certain to be afflicted by problems.

This month we have Mercury, Venus, Saturn, and Pluto making stations.  We also have a couple other things, which I’ll cover also.

I would just say that the retrograde motion adds more complexity (and therefore the difficulties) to the issues that they elicit in us.

On Friday, April 7 (right after Saturn turns retrograde the day before) Jupiter will be at opposition.This basically means a “full Jupiter” instead of the Earth between the Sun and Moon, producing a full moon; it is the Earth between the Jupiter and the Sun.  Jupiter is at its closest to Earth and receives the full illumination of the Sun’s rays and is brightest and highest in the sky. 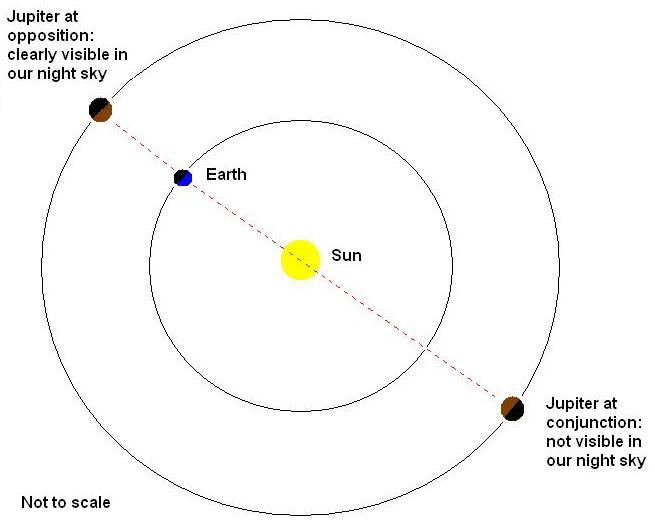 In a solar system view, you get the bigger picture.

In the image here two different possible alignments of the Jupiter, Earth, and the Sun: opposition and conjunction.  If you look at the Earth  in the solar system image, remember that it is at the very center of the horoscope image above it.

There is a particularly intense two-day period as Pluto will make its retrograde station, which is usually impactful enough in its effects.  However, to add to the intensity, Mars will also make its closest approach to the Pleiades.

The Pleiades are a beautiful, gem-like tight constellation of stars just above the Taurus bull and is best seen in the fall at night.  They are seven “sister” stars in a tiny dipper formation 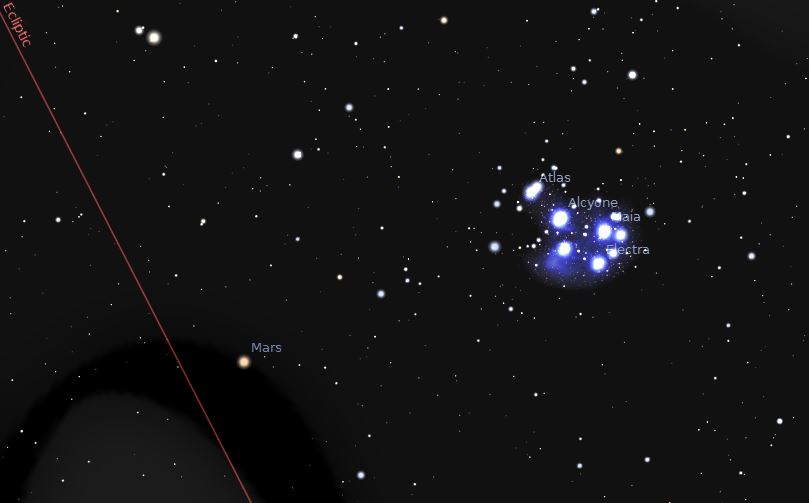 There are many stories about the Pleiades from myth and new age teachings.  Astrologically, however, the Pleiades are some of the most virulent influences, associated with blindness, injuries to the face and eyes, and even beheadings.  Those are the most extreme negative examples of course, but I think one key word would be ‘intensity’.

So with a debilitated Mars in Taurus at its closest to the Pleiades (or the zodiacal degrees thereof), should be cause for concern, tread carefully around the 20th and 21st.

Sunday, April 2
Hopes may be exceedingly high, if not irrealistic.  The gains today may be quite subtle, requiring sensitivity to appreciate.  Spirituality and creativity is enhanced.  (Jupiter biquintile Neptune)

Tuesday, April 4
Even though the next few days will be more demanding, today we may all feel up for the challenge. Recklessness, however, may ruin potential gains, as could arrogance.  (Mars quincunx Jupiter)

Wednesday, April 5
Disappointments and dissatisfactions maybe acutely felt, the chastened ego’s tendency is to lick its wounds.  However, the spirit of determination, overcoming and tenacity to achieve one’s goals will be strong as well.  Don’t let setbacks defeat your progress.  (Sun tridecile Saturn, Mars trine Pluto)

Thursday, April 6, Saturn Stationary Retrograde
Chronos/Saturn, the ancient father figure who ate his own children, stops dead in the sky today, beginning a five-month reverse sojourn in the zodiac, retracing it’s steps through early sidereal Sagittarius, and dipping its toe every so slightly back into Scorpio for a little bit.  Expect another layer of mystery/difficulty to Saturn’s effects to this time.  It’s not the end of everything, just a slightly more intense effort required at times.

Friday, April 7, Jupiter at Opposition, Moon conjunct Node 9:14 am GMT
The Sun opposes Jupiter, the Earth (Us) is at the midpoint, making Jupiter at its brightest and highest in the sky.  Spirits are high; ambition, zeal, and boldness too.  It could be more dangerous than beneficial, because of what those in position of power can do with their religions, doctrines and philosophies.  Let the ego take a break, put the benefit of others before you for a change.

Saturday, April 8
Emotions and the joy of the flow of feelings between others may be hindered, having to go through rough areas of relationships which may have been heretofore been avoided.  As well as the uglier consequences of the abuse of power coming out.  After the raging storm, it’s fury spent, emerges the eternal sun of happiness again.  Life can be a roller coaster at times, just hang on, don’t get flung off; there are other rides at the park.  (Venus square Saturn, Sun square Pluto)

Monday, April 10, Mars enters sidereal Taurus
Transiting Mars enters the sign of its detriment, for about a month and a half.  Expect a bit more  suppressed anger emerging, as well as some fruitage (good and bad) of the pursuit of material wealth and prestige.

Wednesday, April 12
Motivation and creativity are bold.  If the course is sustained, the road leads to adventure and success.  The Sun enters sidereal Aries, making for a goal-directed next 30 days.  (Mars biquintile Jupiter)

Friday, April 14
Unusual departures from the norm may lead to incredible adventures, even though you may feel like you’re walking through the dark in a fog at times.  (Sun conjunct Uranus, Mars quintile Neptune)

Saturday, April 15, Venus Stationary Direct, Moon at Apogee 10:05 am GMT
The emotional responses to the finer things in life are enhanced: beauty, love, art and culture.

Monday, April 17
Going with the flow may be better than trying to execute a specific set of plans, leaving one with a calm center at any rate.  (Mars quincunx Saturn, Sun sesquiquadrate Neptune, Sun trine Saturn)

Saturday, April 22, Lyrid Meteor Shower
Perceptions, conclusions and analysis may be handicapped or prone to errors.  Double check things before signing off on them.  Strive to remain positive and in focused clarity.  (Mercury semisquare Neptune)

Sunday, April 23
Audacity is turned up, as well as impetuosity and impulsivity; a situation that could be used for better or worse.  (Mars sesquiquadrate Jupiter)

Thursday, April 27, Moon at Perigee 4:18 pm GMT
Double-tap on Pluto by the Sun and Mars today.  Impactful developments, breaking through impediments, and summoning up tremendous energy for change which you must run with to the fulfillment of their goals.  Be wary of the most subtle, but crude, manipulations of self and others.  (Mars sesquiquadrate Pluto, Sun tridecile Pluto)