Zeus Meets the God of the Underworld 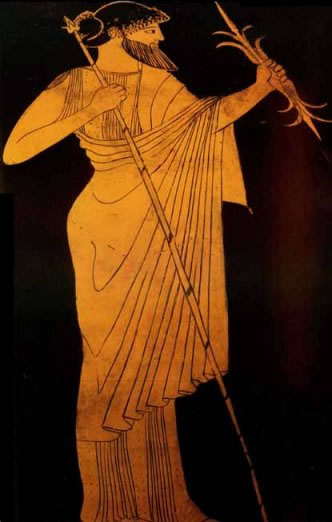 The event astrologically of note this week is the quintile aspect forming between Jupiter and Pluto on Thursday, April 1, 2010.  Zeus meets the god of the underworld.  The quintile is an aspect of seventy-two degrees, it is rather pointed in its effects, but not as catastrophic as squares can be.

As a rule of thumb, whatever connects to Pluto by aspect becomes greatly intensified.  Pluto also energizes unconscious psychological issues attached to whatever it aspects.  Unconscious energies are everywhere present, they comprise a background tone to our lives but we hardly know they are there.

The energies of the unconscious are extremely powerful to because they have the power of the planetary collective behind them; it is like the sea we live in as fishes but we hardly know we’re in the sea.  Animals are more in tune with this force, as well as some people; by the by though it has a subtle and very strong influence over us.

Why do we do some of the things we do?  It is because we have forces beneath the surface of normal awareness and they control us in moments when we abdicate our sovereign self-control.   However these unconscious forces still control us to a great deal.  Freud might call this the energies of the id: instinctual drives, chaotic, and not burdened by morals.  I would also call those energies self destructive, anti-social, or otherwise harmful.

Jupiter acting on Pluto then seeks up lift them up, cleanse and transmute them.  However some of the unbridled enthusiasm, excitation, and zeal of Jupiter will take up, enlarge, expand, and propagate those plutonian energies that are destructive.  This is the case where we have the abuse of power in the name of God, a higher cause, or the glorification of the personality of someone; i.e. the classic “dictator”. 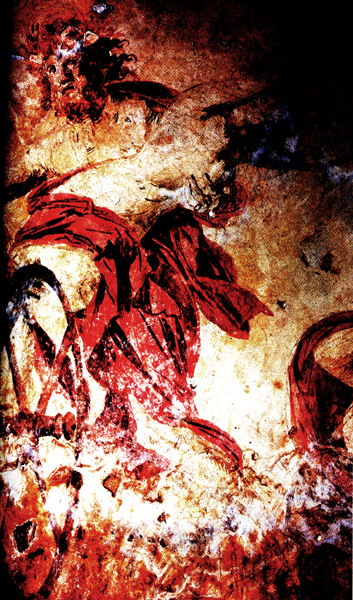 A dictator does not rule by force alone he/she claims a higher power to behind them, he needs the chutzpa charisma to pull it off; and he/she may be his/her biggest believer.  When it’s all said and done though, the naked aggression is revealed, and the dictator himself is revealed to be a puppet of more secretive forces that brought him/her to power.  Just look at Lenin, Stalin, Hitler, Saddam Hussein and other “tyrants”; they were ideologues propped up the Anglo-American banking houses to initiate world wars for power and profit (there’s no disputing these facts, they are just not well known by the pubic).

So we have examples right now of such behavior: the Health Care Reform legislation, it was heralded as “for the people” but more likely it is for the corporations that now have the iron fist of the law behind them.  We have also the recent revelation of cover-ups at the Vatican of sexual abuse cases, even with the hand of the current pope behind them.  The Pope recently said that the Catholic Church will not be “intimidated” by “petty gossip” about the matter.  There’s evidence that the train station bombing in Moscow this weekend was staged by the FSB (formerly the KGB) under the false flag of Chechen rebels.  The arrogance of Zeus indeed meets up with the dark secrets of Pluto the god of the underworld.

There is a risk-taking nature to the Jupiter-Pluto combination also; a reckless self confidence that may payoff, but as a rule does not always; the participants however in the endeavor certainly have an exciting time.  These are some of the issues which may be highlighted this week; more conscientious souls I’m sure will be taking the higher road with Jupiter-Pluto and setting good things in motion.  As I’ve always said about Jupiter though: it is the planet of promise.  You can’t do much with a promise, you have to do a lot of hard work to fulfill it; and that is Saturn’s department.

Mon, March 29, Full Moon in Sidereal Virgo
Obsessive thoughts and actions are accented.  The power of the mind to penetrate, persuade, or overcome opposition will be strong; a situation which could be unethically used.  Romance should be strong, hopes and dreams having a strong affect on perceptions.  The full moon right now should have the effect of enlivening things, shedding more light on affairs.   (Mercury tridecile Pluto, Venus sextile Neptune)

Wed, March 31
Relationships may hit stumbling stones, illusions and delusions of incompatibility popping out.  The rough areas between people however can be mutually worked out.  Usually barriers to growth in relationships reflect un-overcome schisms within the personal psyche of each individual; eventually the universe gives us the opportunity to see these blockages in analogous interpersonal situations.  In other areas, creativity and spirituality are favored; be careful of seeing too much in people or situations that are nothing more than fanciful projections.  (Venus quincunx Saturn, Mercury sextile Neptune)

Thurs, April 1, April Fools Day
The potential of the self in all of its divine connotations may be touched by extreme empowerment; one may feel that nothing is impossible and that the sky’s the limit.  Ideological and spiritual issues may take on extraordinary power, a situation which may allow the ego to take more credit than it’s due.  As they say, the best laid plans of mice and men are equally doomed; but the temptation to take risks materially or otherwise will be strong.  No April fools, except those who fool themselves.  (Jupiter quintile Pluto)

Friday, April 2
While at some point there could be moments of doubt, pessimism, or hesitation; there should also be a concurrent social, artistic, and philosophical spurts of enthusiasm.  The potential to act on ill-considered or imperfectly framed ideas may bring about the possibility of failure and regret down the road for the issues of the day.  Self-deceits, delusions, or self-sabotage can be foreseen as well; physical vitality may be at low ebb, sensitivities and tendencies to overly indulge could be anticipated as well.  (Sun semisquare Neptune, Mercury quincunx Saturn, Venus semisquare Jupiter)

Sat, April 3
The heat of passion should light up relationships and all affairs in general.  Emotions may run hard and true, the drama of life might be played out clearly.  (Venus square Mars)

Sun, April 4
Later in the day there could be moments of hysteria or alarm; perspectives of mind may be skewed by predispositions and various agendas, but efforts at persuasion may be hard to resist.  Feelings may be strong, relationship dynamics could be compelling.  (Venus trine Pluto, Mercury hard aspect to Mars and Jupiter)

Mon, April 5
Feelings and relationship situations may hit rough patches, just like road construction though you just have to slow down a little and be careful; eventually a smooth new avenue is built.  The desire to push on through obstacles may not allow patience much sway.  Momentum however may be our ally today, carrying us past areas that may have stopped us up in the past.  Be careful of sharp metal objects, cuts, burns, injuries and conflicts in general. Pluto turns retrograde tomorrow; its magnetism may be powerfully affecting everything already.  (Venus biquintile Saturn, Sun tridecile Mars)