Wind Tempered to the Shorn Lamb 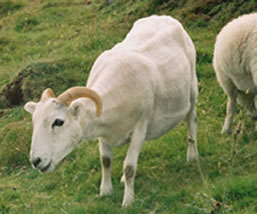 It’s periods like right now that can cause readers of mine to “freak out” just a little bit.  I find though that I have to as correctly identify the elements of the astrology that are involved, and at whichever level they will occur regardless of how scary they sound.

As I wrote about in my ebook Mounting Challenges 2009, we are indeed heading into a very pivotal period of history.  Initially it always seems to come on with a shock, but usually things subside as we make a mass transition to the new paradigm.

I’m getting reports from clients and friends alike about how things seem pretty turbulent lately and I want to introduce to you an idea: this is not a “bad” thing but it is a very strong impelling from the universe itself to stridently enter a new level of consciousness and take up permanent residence there.  To surmount our challenges sometimes we need to have the feeling of the wave crashing over our heads, otherwise we have no idea of how far we must rise up and how quickly.

Yet the wind is still tempered to the shorn lamb.  The universe always mitigates the harsh blows of fate, regardless if we acknowledge or remember it.  So I would advise all to think of the severity of the times to be exquisitely divine prods to living a righteous and honorable life. “Fate” of course is not cruel happenstance, but it is the mathematical returning for redemption of our misdeeds and errors of the past.  Mitigating Love, as it were, takes the form of mercy and as Shakespeare wrote in the Merchant of Venice:

The quality of mercy is not strain’d,

It droppeth as the gentle rain from heaven
Upon the place beneath: it is twice blest;
It blesseth him that gives and him that takes:

‘Tis mightiest in the mightiest: it becomes
The throned monarch better than his crown;
His sceptre shows the force of temporal power,
The attribute to awe and majesty,

Wherein doth sit the dread and fear of kings;
But mercy is above this sceptred sway;
It is enthroned in the hearts of kings,
It is an attribute to God himself;

And earthly power doth then show likest God’s
When mercy seasons justice. Therefore, Jew,
Though justice be thy plea, consider this,
That, in the course of justice, none of us

Should see salvation: we do pray for mercy;
And that same prayer doth teach us all to render
The deeds of mercy. I have spoke thus much
To mitigate the justice of thy plea;
Which if thou follow, this strict court of Venice
Must needs give sentence ‘gainst the merchant there.

For the last year approximately we’ve had the opposition of Saturn and Uranus; which coincided to the amazing election of 2008 (Barak Obama, Ron Paul, and Sarah Palin notably), and now it becomes exact again.  These planets symbolize creative tension with a broader, more social outlook; and they are not particularly “warm and fuzzy” in their action.

If you need warm and fuzzy I think you are going to be eating the dust of those who are on the forefront of societal evolution hammering out change; safety and happiness are not issues to them, rather seizing opportunities and making the best of them are.

Once more the gremlins of human complacency will be surely disturbed in our worlds as Saturn and Uranus make an exact opposition this week.  The fact that there will be a new moon right over them will not make the process any more peachy.  The Moon which represents the mind of the individual and it’s established life-patterns (in a Vedic sense) will be very weak because it will be very dark; and the influence of the Sun and Saturn together upon it could feel quite harsh or confusing.

However, it seems to me though that a weak mind is sometimes more open to new ideas because it is less “sure” of itself and willing to entertain new concepts in the hope of finding relief.  Don’t give up hope, the powers of Divine Love and Mercy are far more powerful than anything Saturn or Uranus and dish out; and it is with the aforementioned divine qualities that the powers of the planets are harnessed.

Sunday, September 13
Carrying over from yesterday, opportunities may seem hard to come by, and even little gains may require a great amount of effort.  It is at this point though that pessimism and shrewdness is attempting to reconcile itself self with self-confidence and sense of the ability to make anything happen because one simply believes they can.  Glib overconfidence meets pathological skepticism.  (Jupiter biquintile Saturn)

Monday, September 14
Two planets aspect Jupiter helping us to think that anything is possible and the excitement that generates in us.  There could be a lot of impetuosity and grand promises, but ultimately things may fail due to lack of planning and preparation, and simply not taking into account what it really takes to take things through the long haul.  (Mercury sesquiquadrate Jupiter, Mars biquintile Jupiter)

Tuesday, Sept 15
People may present possibilities and feelings may crescendo to seemingly infinite levels; but it may be an easy out to become lost in love.  On other levels deceptions (self or otherwise) will be a factor in relationships.  Today is also the peaking between Saturn and Uranus, which may cause stress levels to come to a head and hopefully bring about progressive change.  (Venus opposite Neptune, Saturn opposite Uranus)

Wednesday, Sept 16
Energy and vitality may be scarce potentially bringing out latent chronic conditions of health; but also chronically toxic conditions of psychology such as lies, self-deception, and self-sabotage.  Addictions and issues with chemicals and substances will be brought out as well.  (Sun quincunx Neptune)

Thursday, Sept 17
Pathological conditions of behavior may be brought out as the Sun and Saturn conjunct today.  In general obstacles, delays and all their attendant frustrations may be activated; Murphy’s Law may be in full force: whatever can go wrong, will go wrong.  Mercury squaring Pluto may bring out obsessions and compulsions in thinking and perspective, slightly deranging everything and adding an element of ruthlessness.  Sun opposed Uranus also will heighten the agitation against restriction or coercion, possibly causing people to want to make a radical break from the past.

Friday, Sept 18, NEW MOON SIDEREAL VIRGO
A particularly sticky new moon may help to cause disorientation and confusion, sort of being lost in the woods.  A new moon symbolizes a new beginning (at least on a small level), which always has a period of initial adjustment.  Mercury opposed Juno will bring about important communication issues in relationships, as well as connections in general having to do with intellectual matters.

Sunday, Sept 20
Strong feelings in relationships will be brought out, as well as a compulsion to come together.  Strong feelings are great, many times though they are manipulative and subversive in nature coming from unconscious sources.  (Venus trine Pluto)

Monday, Sept 21
Again relationships are accentuated, “coming together” now is very important as a way to resolve issues of self-worth, attractiveness, and ability to pursue desires.  (Sun opposite Juno, Venus semisquare Mars)