The Way of the Heroes

The main theme I keep coming to in looking at our current astrology is that certain actions will precipitate under certain configurations and they may pass relatively quietly, but like ripples in a pond their effects only are experienced after a period of time. 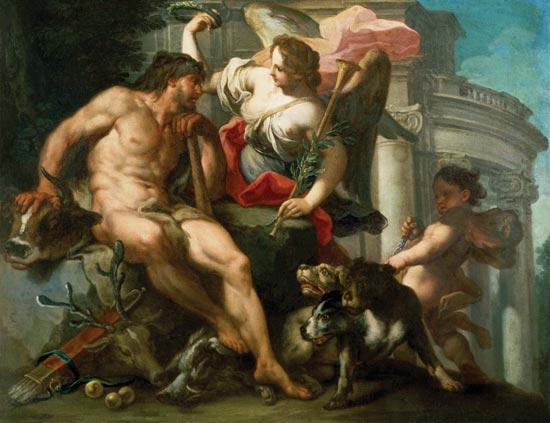 If we look at current US legislation regarding finance, internet security, and immigration; as well as actions (and inactions) in the Gulf of Mexico and the BP oil spill, and developments in Afghanistan, Pakistan, and Iran; these all will greatly impact our lives and livelihoods in the years to come.

As I wrote about in Mounting Challenges, there will not be a more dramatic series of astrological configurations than what are going on over our heads right now for many, many years to come.  We are at a pivotal time in world history; things set in motion energetically right now will have far-reaching effects.

Now I know the power elite understand this (which is why they are in power), but the question is do YOU understand this.  If you abdicate your personal responsibility to society, to history, and most of all to yourself through distractions in relationships, television and movies, music, and an overemphasis on social life; you will by default be writing the same history for humanity as is already laid out by the power elite: that of a global economic plantation with a few thousand at the top living a life of luxury and the rest of humanities vast billions in third world poverty and decline.

Watching or reading the news, it is easy to fall into despair.  Yet hope still remains and the power of a people who are free to create their own destiny is greater than ever; this is the other side of the astrological equation which may not be talked about so much.  Energetic and spiritual stimulation is very high during these configurations; but it is a participative process meaning you have to exceed your previous day’s limitations on a constant basis.  It’s the way of the heroes, just like the gods of mythology; and you are gods and goddesses in your basic makeup already.

The future is yours if you accept it and pay its price.

Mon, July 19
A very interesting day as far as information, debate, and investigation; be careful of subtle manipulations and exaggerations that take on a life of their own but will ultimately fall short.  These days we have to be wary of hyperbole, hysteria, and propaganda in the news, the internet, and other information sources.  (Mercury semisquare Jupiter and Pluto)

Tues, July 20
An unsettling, disturbing, or blurring influence may settle upon matters today, hindering progress and possibly opening up false paths.  Physical energy and resistance may be at a low point, and the tendency to act in deceitful, addictive, or deceptive ways will be activated.  There are always two players in the deception game, both leaning upon the other: the weaver of the illusion with his agenda, and the believer of the lie with his own agenda; it’s a subtle and very convenient compact.  (Sun quincunx Neptune)

Thurs, July 22
A steady methodical tone will characterize the day, making it a good day for accomplishing tasks, getting organized, and attaining a greater level of realism in affairs.  (Sun sextile Saturn)

Friday, Sat, and Sun, July 23-25|
This should be quite an interesting weekend with a lot of energy, excitement, passion, drama, and some over the top hyperbole.  Risk analysis may go out the window, and nothing may be impossible to dare to attempt.  Friday there is also the potential for accidents, injuries, conflicts and emotional blowouts.  (Jupiter stationary retrograde, Jupiter square Pluto, Mars parallel Saturn)

Mon, July 26
The beginning of the week starts out equally as intensely as the preceding weekend.  Today it is important to keep the mind strongly attenuated to counteract influences that could cause neglectful, deceptive, and pathologically toxic behaviors.  Remember that things done seemingly innocently in one moment can have grave consequences down the road; be sure that your outlook is not overly rosy.  (Mercury opposite Neptune, Sun quincunx Pluto, Sun trine Jupiter, Mars quincunx Neptune, Saturn opposite Uranus)