Astrology of the Swine Flu 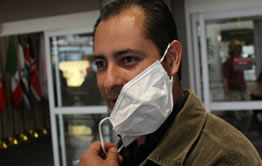 With the unfolding swine-bird flu that is taking North America by storm, it merits a look at the astrology going on as the drama commenced over the last weekend.  I have a little catchphrase “the stars never lie”, which certainly bears out with recent events.  Of course there are always layers and layers to any major event, which can’t be covered by the configurations of just a couple of days; but the following configurations (noted beforehand on SWN) certainly shed light on the situation.

Plagues and so-called outbreaks usually don’t happen by themselves, most modern diseases such as AIDS have been shown to be produced first in laboratories and then somehow “gets out”.  Events such as disease outbreaks can provide convenient pretexts for government interventions and initiatives; I don’t want to come off as alarmist, but I want to underscore the truth that nothing is quite what it appears to be.

Since people are dying all the time from diseases (thousands per year) it would seem this situation is exaggerated by the authorities.  The astrology of the weekend would indicate a situation that was ready to pop (Sun/Node), based on questionable premises (Mercury/Neptune), and quite aggressively exploited (Mars/Pluto).  Some commentators say that this is a situation being exploited by the Mexican government, which is under the threat of overthrow by element who themselves would exploit Mexico’s corruption and poverty.  Nevertheless, there is a lot of reaction in the US and abroad.

Moving to this week’s astrology, I get a case to prove how readers of SWN get the best of both worlds of Vedic and Western astrology.  While I use Vedic astrology to interpret charts, I still use the outer planets in transit analysis and I also take the so-called minor aspects of western style into account.  It makes for more work for me, but I do get the satisfaction of covering configurations that most other astrologers miss out on. 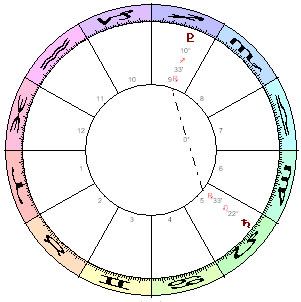 their effects, but not necessarily as potentially catastrophic or overwhelming as the “normal” hard aspects such as the square.  Supposedly the fifth and tenth harmonic aspects stimulate more creativity than the others.

Be that as it may, the tridecile of Saturn and Pluto of May 1 should have the typical effects of intensification of hardship, the activation of compulsive anxieties and obsessions, and the collapse and breakdown of significant societal structures and paradigms.  As Pluto is the great intensifier of whatever it connects with, it acts to make Saturn’s typical pathological events all the more acute.  On a more positive note, Pluto can also act upon Saturn’s ability to make us more organized, in control, and able to accomplish significant things.

Balance however is definitely not a quality of Pluto, which deals rather in extremes; and it is in balanced state of mind wherein we manifest the works that endure.  All things having their purpose though, sometimes we need to act in an extreme manner to address extreme situations and this would be a configuration apropos to that.  For instance if you found out that a murderer voiced intentions to kill you, you would take appropriate countermeasures.  Possibly in reaction to this swine flu situation, there will be extreme measures enacted to counter it with all of the inconvenience, sacrifice, and hard work that might be involved with it.  Look for a peak of this energy on Friday, May 1; but certainly other peaks will be coming down the road.

This image shows a graphical representation of the transits of Saturn and Pluto on the tenth harmonic, the graph gives the idea of two planets in different position are in the same position “on another level”.  This graph was generated with my copy of Solar Fire Gold, an outstanding astrology program.  If you look at this graph you can see the Saturn line turns in the opposite direction on May 16 (meaning it turns direct), which multiplies the intensity of any planet on the order of 10 times, and it will still be in close tridecile to Pluto at that time.  May 16 could be quite a day, a high point to remember.

Therefore it would not be a stretch to project out that the current fervor over the swine flu and its resultant events will be peaking around May 16, 2009.

Be sure to check out the weekly transit challenge vs. fortune graph at the bottom of the article.

Sun, April 26
Obsessions and compulsions may fuel our actions right now, causing us to act in unusual but problematical ways.  The possibility of intimidation, coercion, and other dangers are high; proceed with caution.  Be careful of sharp metal objects, fire, and conflicts.  (Mars in Pisces square Pluto in Sagittarius)

Tues, April 28
Vitality and resistance may be down, chronic conditions may flare, and deceitful tendencies may be touched off.  Confused issues may hinder events; there could be problems connected with substances, liquids, and toxins.  It may be more easy to feel discouraged and to act in a self-defeating manner.  (Sun in Aries quintile Neptune in Aquarius)

Thurs, April 30
Freedom and the ability for you to be able to do your own thing, you’re own unique niche in the world will be accented.  Limitations and hindrances to freedom may be more acutely felt.  (Sun in Aries semisquare Uranus in Pisces)

Fri, May 1
This day may seem very harsh in ways with no let up in the level of commitment and hard work demanded of you, a very deep sense of pessimism, depression, or grim realism may dog you.  Remember though that it is always darkest just before the dawn.  (Saturn in Leo retrograde tridecile Pluto retrograde in Sagittarius)

Sat, May 2
Emotions and interactions may feel profoundly deep right now; deep, un-addressed needs may be brought out.  Creativity will be strongly activated, relationships can form over deeper issues which at a later time may blow up if not circumspectly addressed.  (Venus in Pisces square Pluto in Sagittarius)

Sun, May 3
No peaking influences

Mon, May 4
The spirit of adventure and enterprise will be sparked off, setting off all sorts of big talkers, haughty strutters, and impulsive attention cravers; however in that large crowd will be a more humble group that actually gets things done; and they will get a good charge today.  Good day for a hike, shaking off the fetters, and rolling up your sleeves.  (Mars semisquare Jupiter)