Schwarzenegger, Does He Have What it Takes? 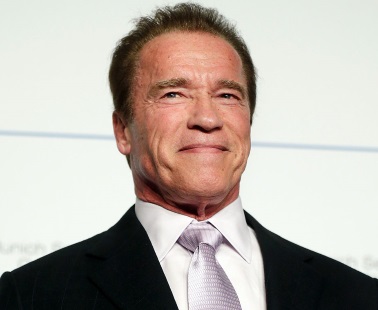 What are the inner workings behind Arnold’s current rise to political power?

Arnold is Gemini Rising; very versatile, intelligent, witty, and crafty when he needs to be.  The story goes, Mercury (the lord of Gemini) didn’t have the martial skill of Ares, the beauty and seductive charm of Aphrodite, or the lightning bolts of Zeus-Jupiter; but he did have his wits, and he got his way by guile and playing tricks on everybody.  One could attribute much of Arnold’s success to similar characteristics.
Arnold has got the classic movie star signatures in his astrology; he has Pisces, the sign of illusion and make-believe, on the cusp of the tenth house; and the tenth house ruler, Jupiter is very strong in his chart by virtue of placement.[1]  Further, Arnold also has Neptune, the planet of illusions and make-believe strongly placed in the fourth house of his chart.[2]
Arnold’s great bodybuilder physique seems to be indicated by the besieged (or hemmed in) condition of his first house[3]; it is flanked by malefics, and that would indicate either a troubled, inhibited, or oppressed personality.  Since Arnold seems to be not very inhibited personality; we can only conclude that the besieged condition of his body resulted in his compensating for by continuous strenuous exercise, which allowed him to sculpt such a beautiful form. 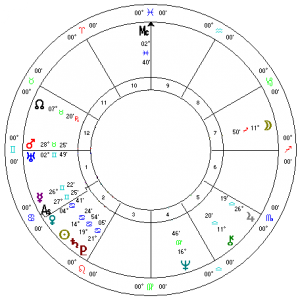