We also have to take into account the conjunction of Mars and the North Node of the Moon the week previous, while it wasn’t exact it may have had to do with the initial planning and pre-execution of the attacks.  Together with Saturn square Neptune, the larger picture emerges.

Any major Saturn-Neptune aspect will happen only every eight years or so. The initial attack and the immediate aftermath is playing out during the peaking of this planetary aspect.

Saturn relates to strict authority reactions and measures, attempting to clamp down on or to restrict activities, and Neptune denotes confusion and possibly deception involved, seeking to take a very devious route to one’s goals.  It’s a very potentially toxic combination of planets.

The high end of Saturn and Neptune aspects can be the alignment of our life goals, which we manage and ardently apply ourselves towards, with the less rational, creative or spiritual parts of ourselves. The extreme downside of these aspects can be severe disappointment for failure to align our goals with our true inner selves, and possibly the elaborate self-lies and rationalizations we employ to try console ourselves in the face of such stark personal revelations.

If we apply it to the present Paris bombing by ISIS operatives and the related current conflict of US/NATO forces against the Syrian government and ISIS, we can see the conflicts between facts and the story that is presented to the world, their failure to successfully pull it off, and possibly the desperate measures now employed to try to salvage the efforts that have consumed trillions of dollars already. 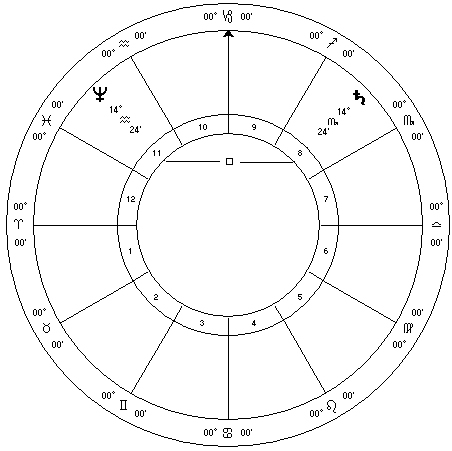 Let me say right out front that this article is not going to comprehensively cover every aspect of the situation. After all, it is an astrology blog and not a geo-political analysis site, but such an article would get bogged down in heavy explanations with extensive footnotes.  The reader may not agree with my conclusions either.

However, the reader is encouraged to do their own research.

The whole ISIS/Syria situation is so confused and obtuse already with so many layers of ethnic and religious conflict, political spinning, and global brinksmanship as to be ridiculous, but highly reflective of a Saturn-Neptune square astrologically.

Allegedly ISIS is our target, but we funded, armed, and trained them (through NATO and western intelligence organizations.)  In the simplified version of reality presented by the mainstream media, ISIS (also called al Nusra, ISIL, IS, al Qada, or Daesh) is an example of Muslim fanaticism that is a world threat and they must be neutralized, no mention is given as to their origin or how they got there in the first place.

We are told that Assad is a brutal tyrant, but in fact he was elected democratically and it is a secular government, which is entirely legitimate.  We have no mandate at all to go in and try to oust him. The US has allies that are far more brutal and repressive than Syria ever was, such as Saudi Arabia, the United Arab Emirates, and Israel, but we don’t target them.  We claim to be the champions of human rights, but in light of our long history of setting up covert wars, installing repressive dictators, and using weapons of mass destruction against civilian populations the US and Western forces we have little claim to being the “good guys” ourselves..

We also claim to be assisting “moderate rebel” forces in Syria to topple their government; but they are neither moderate nor rebels (implying that they are Syrian nationals), but actually hired mercenaries from Europe and all over the Middle East.  It is an invading insurgent force, in a naked act of aggression against a sovereign country, which according to the Geneva Convention is illegal.

So obviously there is more than just “human rights” that are at the heart of the issue.

The truth is that the US and the NATO forces couldn’t care less about human rights, behind all the righteous rhetoric this war in Syria is a struggle for control of key natural resources, namely oil and natural gas, which Syria is in a critical strategic location between these resources and their emerging markets.

Whoever “owns” Syria will determine to a large extent the availability of oil and gas, which is the lifeblood of emerging economies, especially that of Russia and China.  Therefore we want a US-friendly guy (puppet) in the government of Syria, and Russia also wants their “guy”, who currently is Assad; and the US is strongly coveting that seat in Syria.

Click here for a live map of the region 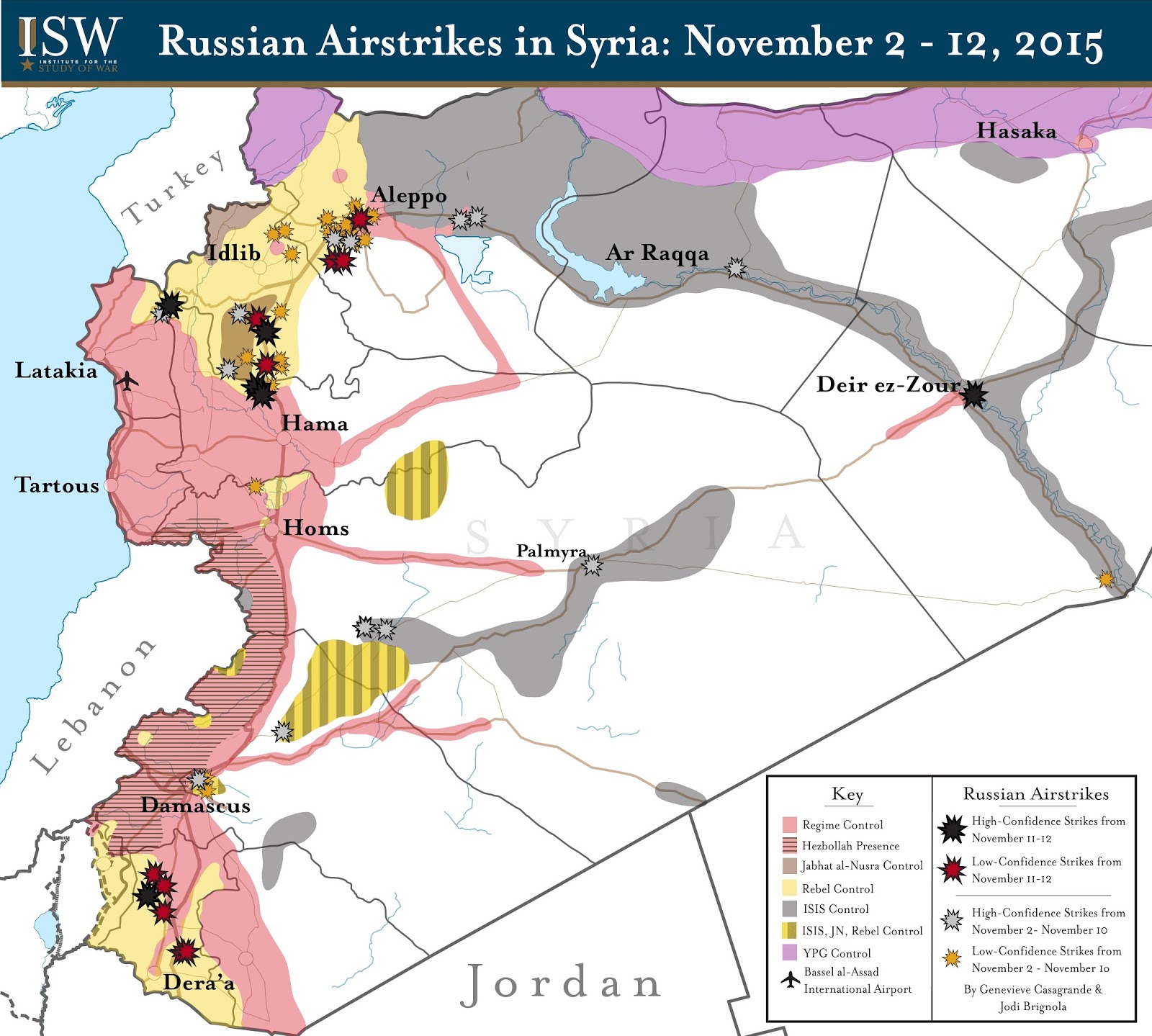 For the last year and half the US has been allegedly fighting ISIS in Syria and Iraq, but reports show the most damage occurs to Syrian government strongholds with little, if any, losses to ISIS forces.  Yet now only after a few weeks, bombing missions from Russia (called in legitimately by the Syrian government) have severely crippled ISIS installations and they are on the run.  So was the US actually fighting ISIS or were they pretending to?

It sort of makes sense because the US has spent billions and billions of dollars on their proxy forces and they wouldn’t want to destroy their own assets.

With Russia now doing in a month what the US forces couldn’t do in a year shows just how flimsy and problematical the US position is.

ISIS, whether they’ve gone rogue or not, is still a proxy force in the Middle East, which in the end assists the US in their goals there.

So, at least to me, it’s all a sordid mess which pushes the envelope on believability and which is still killing hundreds each week, and which looks like it’s about to escalate much more because of the actions of November 13th.

The reactionary crackdowns of the French government with their enactment of measures similar to the US Patriot Act are the Saturn element squaring Neptune. The shadowy nature of our relationship with ISIS, whether they our enemy or our ally, is definitely where the deceived, self-deceived nature of Neptune comes in.

In truth the West has received only the smallest fraction of death and destruction in this current war on terrorism compared to the Muslim countries, but because of the massive media coverage of it we think it’s the latest 9-11 or Pearl Harbor event, which are precursors to more war.

Millions of people die, but a small number get extremely rich and national borders are moved around to a more beneficial arrangement for those few.  Fortunately or not, that is how change is effected on a geopolitical basis in modern times.

Maybe since recent Russian involvement in the situation making significant gains against ISIS forces in the region has forced the hand of the operatives in Paris a few days ago; i.e. they are getting desperate.  However, to my mind, just inciting fear through their act will do little in the long run; but it could be just the shot in the arm that the US-NATO forces need to ramp up their actions killing ISIS (whom they created) and ousting Assad; i.e. the tail wags the dog, as they say.

It’s a devious way to make gains; create the problem (ISIS), let them wreck their havoc, and then introduce the solution which was desired in the first place, which is to crush the opposition to a US friendly regime in Syria and deny resources to the enemy, which are Russia and China in a newly resurrected cold war.

Perhaps you may disagree with my conclusions, but I’m sure you’ll have to agree there is a very twisted and convoluted nature to this whole affair; one which maybe could be been accomplished in a more straightforward manner with less loss of life.