Not Losing Sight of Your Visions 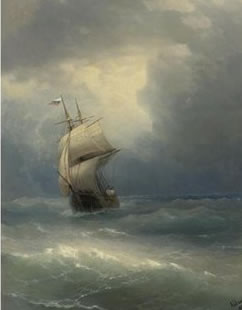 Yes this is the path to success, overcoming obstacles while not losing sight of your visions.  SWN took a little pause as my computer took a little dive, and I gained another chunk of essential computer technology knowledge in the process.  I took the computer to my computer guy and he fixed it to better than ever, and it’s all okay again.  The important thing though is that SWN is still in business and the very fact that it happened in the shadow of these eclipses proves the validity of astrology.

I certainly had my share of simultaneous personal negative cycles going on (South Node minor dasa and Saturn transits and progressions) but I am benefited from the experience, even though it didn’t seem very beneficial at the time.  I think sitting in the dentist chair is more preferable to sitting behind a computer, furtively probing the depths of its file structure trying to fix a problem I’ve never heard about before, and losing precious time and money in the process.

My aim though is to create one predictions article (formerly called Astro-Success), an article on someone in the news, a video recapping it all, and numerous Twitter messages calling the smaller things as I see them.  Giving much more of a full-spectrum coverage, and which will be much more Google-friendly for the site.

Twitter is great because it is just 140 characters and it goes right out; sign up for my Twitter updates on the right hand part of every page, or just go to Twitter.com and sign up under astrologycurtis.  You can receive them as text messages on your cell phone or get them on your computer through numerous free Twitter apps you can get online; I prefer Twhirl personally.

I intend to stream line the weekly predictions by covering only the days of significance; the minor Mercury and some Venus transits I will ignore as they don’t amount to much.  Yes I do intend to put up graphs, but that might take a little longer.

For this week, there are some relatively significant intermediate level transits going on in the sky from Wednesday, July 29 through Saturday, August 1, 2009.  Basically there will be a couple of oppositions: Mercury to Jupiter and Neptune, and Venus to Pluto; plus there will be some fifth and tenth harmonic stuff going on with the Sun, Mars, Neptune, and Pluto.

What does this mean?  The oppositions look relatively benign, but the real twists in the road will be Wednesday and Friday this week.  Wednesday looks interesting because it’s not really about frustration and mind-discouraging pessimism; but it is adventurous Mars linking up to expansive Jupiter and the commanding Sun linking up to the deeply intensifying Pluto.

Thing could breakdown on Wednesday, but I’m tending to think it will have a lot of interesting developments, which will not be destructive or traumatic necessarily.  I may be a little conservative with my words this week, but as I get back into the swing of it I’ll be getting more and more on the note.

Sunday, July 26, Sun semisquare Saturn: delays and difficulties may dog this day, don’t get too alarmed, just stay focused, confident, and determined to do what you need to do. Pathological behaviors may be energized; it may be easy to see things in a negative manner.

Tuesday, July 28
Relationships may have an unusual and relatively uprooting effect on your life; love should burn strong though which makes you think anything is possible.  (Venus trine Neptune, square Uranus)

Wednesday, July 29
Diplomacy and tact may not be one of the hallmarks of today, as much as brash arrogance and reckless courage will.  Very unusual, emotionally magnetic, and potentially pathological issues may come out; the strength of which is so strong as to eclipse normal reason or a sense of appropriateness.  (Mars tridecile Jupiter, Sun biquintile Pluto)

Thursday and Friday, July 30 & 31
Boasts and unbridled enthusiasm may take the mind to far away and adventurous places, ideas may seem to be wonderfully brilliant but under the microscope of analysis will prove to be bankrupt.  A wild, almost hysterical energy may seize individuals and groups and elicit rash and bizarre behavior.  Mechanical and electronic equipment may be at risk, as well as things such as travel and communications may be hazardous.  (Mercury opposite Jupiter and Neptune, quintile Mars)

Saturday, August 1
Strong emotional and relationship energies may affect matters, bringing people to new levels of intimacy; but which may have pathological motivations at their core.  (Venus opposite Pluto)

Monday, August 3
At times a strong feeling of dissatisfaction and the urge to make a sudden radical change in life will be strong.  The sense of intolerance of abuse of power, or viewing people or situations as threats to personal freedom and unique self expression may be very acute.  (Sun sesquiquadrate Uranus)