July fourth is an interesting day in a couple ways, it is Independence Day in the US, and it’s also the day of the year that Earth is at aphelion, or at its farthest point from the Sun in its elliptical orbit.

As the US is the current world superpower, it seems interesting to me that the idea of a nation founded upon a concept of freedom unprecedented in human history, that the Earth would be at the farpoint-node of its elliptical orbit around the Sun, which could easily symbolize the Spirit or Source on the day of that founding. 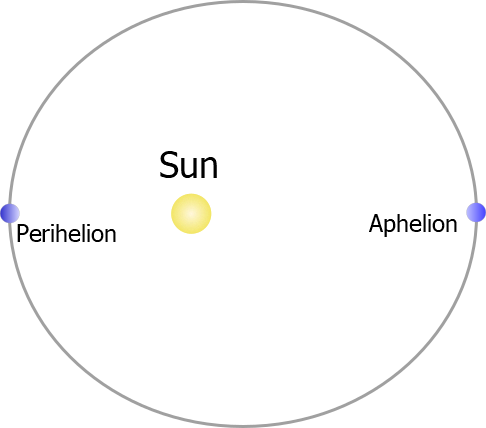 Either Man has experienced millennia of subjugation and now he’s “turning the corner” back to closeness with God or Spirit, and therefore freedom (whatever that exactly means); or, Man is crazy deluding himself that he can do anything he wants (or can get away with) and now he’s turning the corner realizing that it’s not so simple or that some conceptions of freedom are DELUSORY and he needs to “go back” to a more humble-spiritual approach whereby freedom means “slavery” to his God and His will or law.

I think both extremes could equally apply to mankind.

On the thirteenth of July we have the full moon at perigee, or closest to earth, called in modern parlance a supermoon.  The Moon looks just a bit bigger and brighter in the sky, and it could be considered to be a few days of intensified lunar (reflected sunlight) light upon us.

On July 21, we have the exact semi-square (45 degrees angular distance on the ecliptic) between Jupiter and Saturn, which should indicate a watershed point of tempered wisdom or need for re-working of our plans and affairs.  Saturn giving Jupiter new data to cogitate upon.  Jupiter giving inspiration to Saturn to problem-solve with.

Jupiter likes to leap past the sense of limitation.  Saturn says, “let’s keep it real”.

Jupiter and Saturn are called the great chronocrators, and at age 58-60 their cycles coincide, which is sort of a human high point of accomplishment.  Five cycles of twelve year Jupiter cycles (60) and two sets of 29 year Saturn cycles (58-60 years).

We might do well to remember that the last conjunction of Jupiter and Saturn was at the beginning of 2020 (which also had an assist with Pluto and a couple other heavy planets).  While this aspect in July 2022 does not have the magnitude of a conjunction, we at least get an idea of the far-reachingness this configuration signifies.

On July 25, 2022 Juno the asteriod of relationships makes a retrograde station.  We can expect a few days before and after this point significant high or low points in relationship development.  It might be a subtle thing but during this time the concept of ‘working things out together’ may be put to the test.

Friday, July 1
This day is especially made for steeled courage, will and effort to overcome intimidating circumstances.  Victory is won first in the mind, then in the physical.  Like the Stoics are want to say: the obstacle IS the way.  (Sun sesquiquadrate Saturn, Mars square Pluto, Venus conjunct Aldebaran/Antares axis)

Sunday, July 3
Emotional and relationship dysfunctionality laid clear.  Relationships are mirrors to the psyche.  Apply corrective adjustments, as otherwise you may not have much choice.  (Venus tridecile Saturn, sesquiquadrate Pluto, Mercury quincunx Pluto)

Monday, July 4
Independence Day USA
Earth at Aphelion
As the US celebrates it’s birth of it’s ideals, coincidentally the Earth is at it’s farthest distance from the Sun, called aphelion.  Maybe it could be thought of as a spiritual winter, now making the round back to perihelion, or closest to the Sun and receiving the full intensity of the solar rays.

Wednesday, July 6
Agitate for the good of all. Surprising turns. (Mercury semisquare Uranus, Moon opposite Jupiter)

Wednesday, July 13
Moon at Perigee
Full Moon (Supermoon or Super Buck Moon)
As the full moon is closest to the Earth this time, there could be a tad more intensity to everything.  Relationships and attitudes are attenuated, and with urgency.  One draws strength from aligning oneself with a greater cause and there is no substitute for hard works therein.  (Mercury quintile Mars and biquintile Saturn, Mars quintile Saturn, Mercury sextile Uranus, Mars semisquare Juno, Sun trine Juno)

Thursday, July 14
Emotions and appearances trick our heart, but they knew we were an easy mark.  (Venus square Neptune)

Saturday, July 16
Mercury at Superior Conjunction
Realizations, perspective gained, there is a lot of work to be accomplished if life is going to change. The Sun comes between Mercury and the Earth.  (Sun and Mercury quincunx Saturn)

Monday, July 18
Power without conscience or ethical center.  Be careful and considerate of others.  Penetrative reasoning, power to persuade. Later evening, US time, the Moon and Jupiter conjunct delivers added confidence or audacity. (Mercury opposite Pluto)

Monday, July 25
Juno Stationary Retrograde
Accentuated relationship developments.  While some things may be nice, they can ultimately be a distraction.  (Venus square Jupiter, Venus tridecile Juno)

Tuesday, July 26
Moon at Apogee
Haste, impatience, and agitation.  Remember diplomacy and your own culpability in making things happen in the past. Even so, moments of tenderness and passion. (Mercury square Mars, Moon conjunct Venus)

Thursday, July 28
Jupiter Stationary Retrograde
Delta-Aquarid Meteor Shower
New Moon
Higher risks point to higher rewards, act with preparation so that successes are not fleeting. Strive for realism and practicality, even when others have their heads in the clouds.  (Mercury square Uranus, Venus tridecile Neptune, Mercury biquintile Neptune)