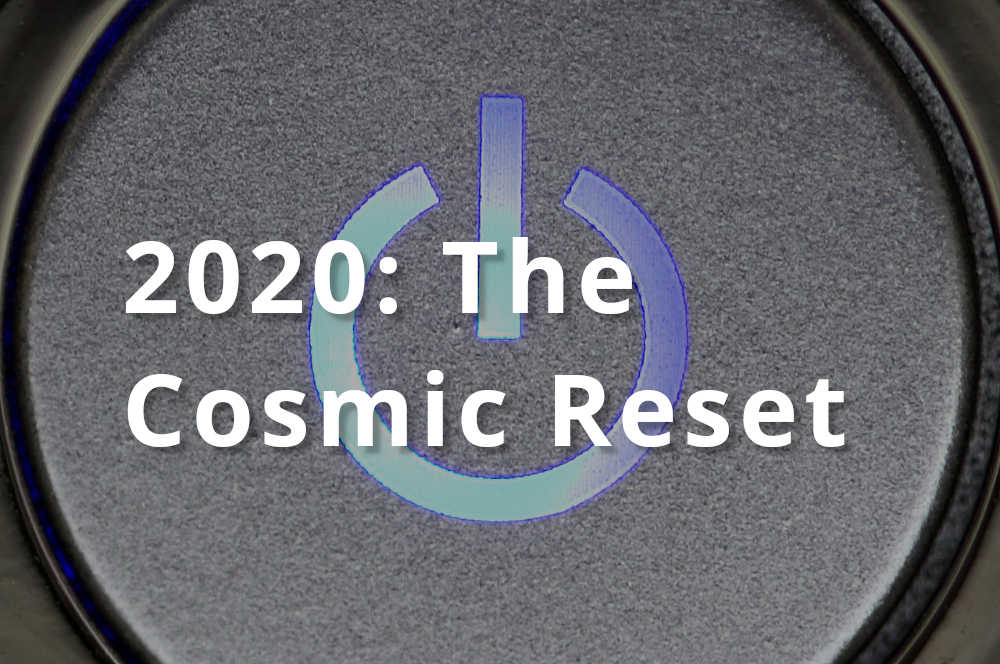 A new decade is upon us.  It’s like a “reset”, all goes back to zero; but it’s not like we just emerged from the womb, we have the benefit of the memories of our past and its successes and failures.

Our physical bodies have a cycle from tender infancy to supple youth to hardened strength of adulthood to aged maturity and wisdom and the onset of decline; and wherever we are on that circle there is still a burning living spirit within our chest that is the very essence of perpetual vitality, youthfulness and potential to expand.

Therefore, regardless of our position on that circle, there is no better time than the now to commence a positive effort towards improvement, striving against our lesser elements within.  I confess that approaching my 60th year I have never felt more alive and purposeful than now, and the sense of “mission” is stronger than ever.

As to how that mission will manifest itself is a bit of a mystery at times, but it’s less what we do as to what are.  I AM a shining beacon of hope to the world, and that’s the big I AM as opposed to the little I am, or my ego.

If I get the cart before the horse, that is put my ego and all of its “achievements” first, I may be a king, but I’m sitting on my throne in a fantasy world on a grain of sand.  I am capable of so much more when I’m unburdened of very subjective things like prestige, acclaim and pride.

Before a man (or woman) can rise he may need to be brought low given the opportunity to start again, but this time in a better way.

Astrologically, 2020 portends a significant change indeed.  The triple conjunction of Jupiter, Saturn and Pluto in Capricorn is an event that happens perhaps once or twice a century.  A shift is almost certain, especially so when looking at the world so coincidentally on fire with no small amount of illusion and delusion in force.

The old western economic powerhouses seem to be declining in favor of a surging Asian world, and the various stop-gap measures employed in the west such as tax cuts, trade wars and deregulation seem more desperation than anything else.  The old guard will not let go of their grip on the wheels of control but the very unequal distribution of money and tight austerity measures imposed (to make the poor pay for the mistakes of the rich) may collapse the foundations that that old guard stood on for so long.

When the pendulum swings far to the right, it will swing back in equal distance to the left.  Therefore, we have the rise of leftist movements and figures such as Bernie Sanders, Alexandria Ocassio-Cortez and Jeremy Corbin.  Society seeks to regain equilibrium, even if it has to answer extremes with extremes.

Capricorn represents the standards which a society measures itself by, what is considered right, acceptable and good.  Jupiter, Saturn and Pluto conjunct just by themselves indicates a measured, but progressive striving for change, but the stakes are extremely high and the base, corrupted elements involved are very entrenched and difficult to move.

Change may come, but it may be very slow and seemingly with great price attached.

The decade kicks off astrologically with a series of major configurations and celestial events.  It would seem that right around the middle of January there may be some SHTF moments.

My experience tells me that these days themselves may not seem to register anything, but as the days subsequently move on we may start to experience the effects of things set in motion on those very days listed above.

As all of these planets enter the sixth house of Donald Trump, his most astrologically house, his twelfth, will be under direct activation.  It may be a time of his greatest struggles, but also those of his greatest successes; which with the latest attempt at bringing Trump down by House democrats with his impeachment, he may yet still come out on top in a sort of “’Is that your best shot?” kind of moment.

With the unimpressive Democratic party contenders for the office of President (not counting Bernie Sanders or a Tulsi Gabbard who will never by nominated by the corporately controlled party), and the “great” economic reports, Trump seems to get the boost to another four years in the White House.

As I’ve said here before, Trump has Vipreet Raja Yoga in this chart, which will be activated by this historic conjunction in sidereal Capricorn.  VRY is sort of a surprising and unexpected comeback type of configuration, or else it can signify something very bad, but which does not personally set back the person at the center of it ultimately.  Looking at the biography of Trump one can certainly say that he’s “gotten away” with a lot of things.

I have to say that I’ve heard some commentators say that it is Trump’s very corruption, incompetence, or way of doing things that “outs” the bad guys; which seems like a desperate stretch of logic to me, but from time to time he does blurt out the actual truth of things (“We took the oil.”); so, maybe I’ll give them that.  What do I know anyway, I’m just a guy who looks at the stars.

Sunday, Jan 5
Earth at Perihelion
Leadership qualities emerge challenging the tyranny of the status quo.  Emotional liberation and joy.  Today the Earth is at its closest distance from the Sun.  (Sun opposite Sirius and tridecile Uranus, Venus quintile Uranus)

Monday, Jan 6
With many new developments in life and society knocking at the door, today’s caller may yield a serious and tough message.  (Jupiter conjunct South Node approximately, Moon conjunct Algol and the Pleiades)

Saturday, Jan 11
Today is Saturn’s turn to enter sidereal Capricorn.  The idea of seriousness takes on deeper shades of meaning.

Sunday, Jan 12
Mercury makes very close conjunction with Saturn and Pluto.  Quoting Nietzsche, “Whoever fights monsters should see to it that in the process he does not become a monster. And if you gaze long enough into an abyss, the abyss will gaze back into you”.

Tuesday, Jan 14
Calm down and switch from reactive to proactive.  Turn the lever of power.  (Mars semisquare Pluto)

Friday, Jan 17
Last Quarter Moon
Mars on the Heart of the Scorpion Antares star and Mercury semisquare Neptune can open the door to troubles.  Strive to be clear and honorable in your words and deeds.

Saturday, Jan 18
Take a deep breath; images, thoughts and feelings may be coming in all at once.  After some pause, take a bold step.  (Mercury square Uranus)

Sunday, Jan 19
Moments of intensity addressing some of the less savory or prettier aspects of life.  (Moon opposite Algol and Pleiades)

Wednesday, Jan 29
Moon at Apogee
Important moments in relationships.  The Moon is farthest from the Earth today. (Sun tridecile Juno)