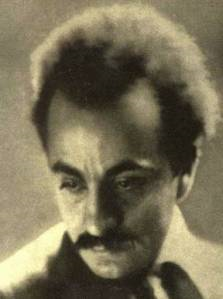 Peak intensity points for this week will be on Tuesday, Wednesday and Thursday; September 22, 23, and 24 respectively.  That is, malefic planets are touched off by other planets, some of those malefic as well.  Remember malefic means “intense-bad-challenging” in the SWN lexicon; and it is related to the word roots mal, maleficus (both Latin), malign, and malice.

However, what is really “bad” are attitudes that use self-guile and self-deception to avoid, procrastinate action on, deny or attempt to put the blame on others for situations; which are tendencies which are typically activated during malefic astrology periods.  So what is bad is really in the receiving consciousness, and not the inciting influence.

If you can get through a malefic astrology period without engaging in shaming, blaming, or anesthetizing yourself, you’re going to find yourself vigorously propelled further along your unique path more than any other way. There is a strong mix of karmic (sins of the past coming back) and initiatic (spiritually upward impelling) elements to a malefic planet; they are eminently productive of good in our lives.  To be respected, yes; feared, no.

Time has been transformed, and we have changed; it has advanced and set us in motion; it has unveiled its face, inspiring us with bewilderment and exhilaration. — Kahlil Gibran

Things should ease up on Friday, Sept 25 as the Sun aspects Jupiter, which usually adds a spirit of buoyancy.  Hopefully Friday will be a nice conclusion to a moderately challenging week.  There are no aspects forming over the weekend and the following Monday.

Tuesday, Sept 22, Autumnal Equinox, First Day of Spring in Northern Hemisphere
A pessimistic, pathological, or deceitful frame of mind may come over all; obsessions or compulsions may be given more vent, as well as being deeply critical, repressive, or prohibitive in general.  For some however there could be moments of incisive shrewdness or strong wiley-ness.  Physical sensitivities and self-sabotaging behaviors may be activated. (Mercury conjunct Saturn, Sun biquintile Neptune)  The days started getting shorter than the night in the northern hemisphere, while they start to get longer in the southern hemisphere.

Wednesday, Sept 23
This is a potentially very powerful day, which people may use or misuse.  Tremendous transformations/breakthroughs in mind/body are possible; but there is a risk of people acting inappropriately or without respect for others.  Delusions and illusions may overly affect actions; with not a little of braggadocio.  (Sun square Pluto, Mercury opposite Uranus, Mercury quincunx Neptune, Mars quincunx Jupiter)

Thursday, Sept 24
There could be mysterious losses of vitality, weakened resistance to disease, as well as the propensity to act deceitfully (or hypocritically) being energized. Differences between ideas could be blurred, and psychological predispositions could unfairly influence thoughts and actions.  Mercury and Mars biquintile Neptune)

Friday, Sept 25
Excesses of energy and enthusiasm may cause people to go off half-cocked, not to mention a little insensitive to the needs of others.  Reactions to stress may come out as braggadocio and arrogance.  For some however there can be an increase of spirituality and the potential to work miracles.  (Sun semisquare Jupiter)